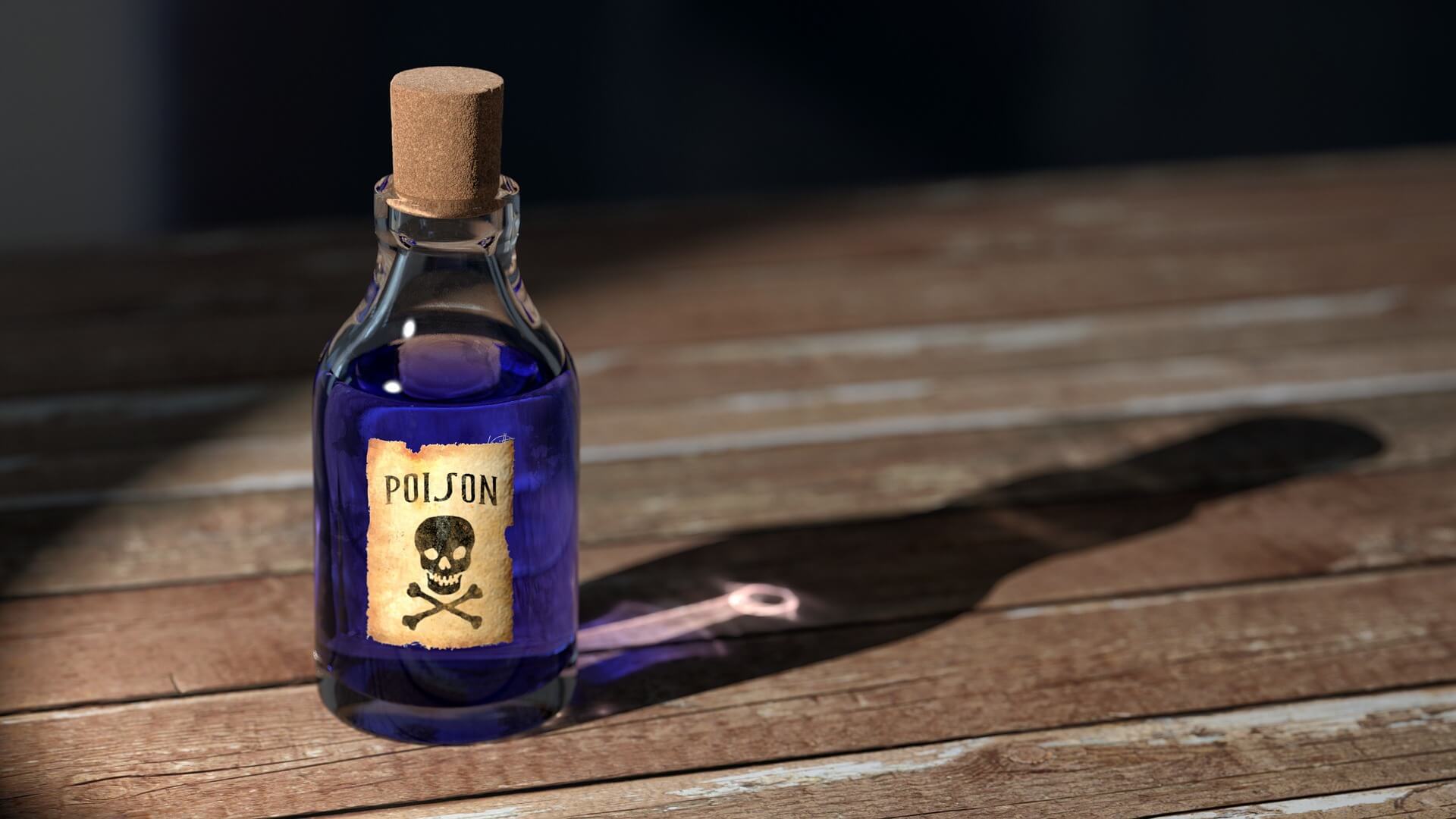 The Associated Press reported today on the latest developments in an utterly bizarre divorce involving the owner of a chain of rural Arizona community newspapers that includes an alleged attempted poisoning, alleged methamphetamine use, a newspaper ad featuring skulls and rats, and a multi-million-dollar lawsuit.

Joseph Soldwedel has accused wife Felice Soldwedel in a lawsuit of trying to kill him by poisoning him, and detailed the allegations in one of the small-town newspapers he owns, the 13,000-circulation Prescott Daily Courier.

None of the three news stories in the paper named his wife. But the Courier ran an ad accusing her by name, with a photo of her, bordered with images of skulls and rats. The ad said she had an unnamed accomplice, and it offered a $10,000 reward for tips.

Soldwedel’s wife of eight years calls the poisoning claims ludicrous and says he is retaliating against her for seeking a divorce.

In a lawsuit filed a week after the Yavapai County Attorney’s Office said there was no evidence that Felice tried to poison Joseph, he is suing his estranged wife for $18 million.

Joseph seems to have used his position as owner of the Daily Courier to influence coverage of the whole matter: In addition to the ad he placed in the paper, its reporters have not written about Felice being cleared by prosecutors or about Joseph pleading guilty to aggravated harassment and criminal damage against Felice after she filed for divorce in 2017, and no reporters have contacted her for any of the stories they’ve written.

Joseph Soldwedel said he was careful not to name his estranged wife until her identity became public through his lawsuit. He said his staff urged him to hold off on the initial story for a few months to see how the police investigation played out.

“Everybody wasn’t on board 100 percent but said, ‘OK.’ I do have ultimate authority,” he said.

The whole saga began in 2016, when Joseph began feeling ill. After the symptoms persisted, he began to suspect he had been poisoned, so he sent samples of his hair and fingernails to a laboratory in Colorado. The testing found he had levels of thallium, a heavy metal, that were between 6 and 15 times higher than normal. Joseph hired a toxicologist to interpret the results, and was told there was a “strong probability” that he had been poisoned.

Joseph blamed his wife, and told police she had slipped the substance into his food. But police found no records on Felice’s computer or cell phone to indicate she had poisoned him. And when police tested Joseph’s hair in late 2017, they found no traces of thallium. When police re-tested the samples that Joseph had sent to the Colorado lab, it came back positive for methamphetamine use.

Joseph told the AP he believes that Felice “dosed his shampoo and food with methamphetamine.” She denied the claim, as she has all the others.

Because thallium is a common impurity in methamphetamines, prosecutors suggested that the thallium poisoning was actually the result of Joseph’s drug use.