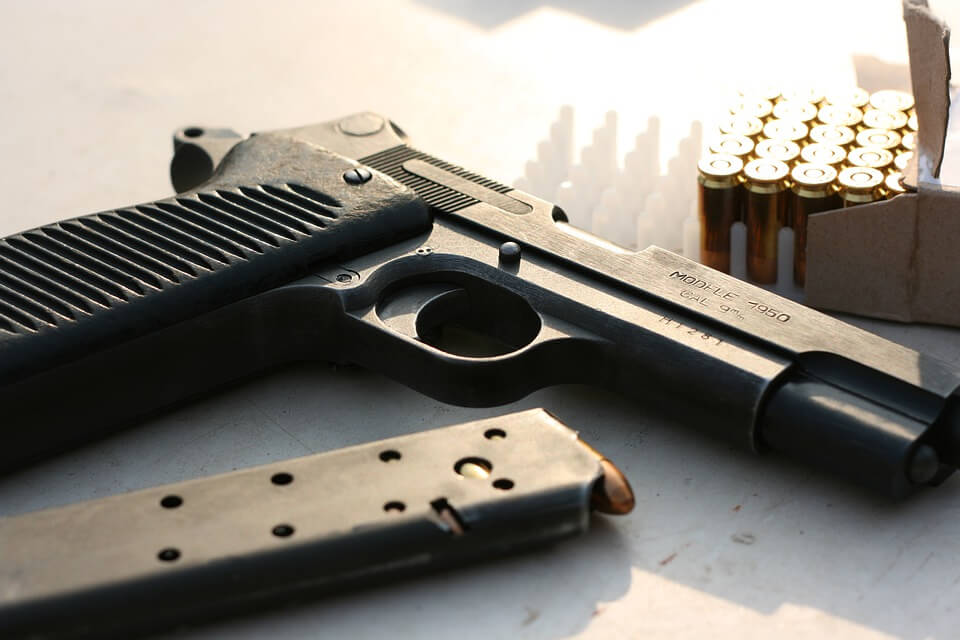 Mohave County became the latest local government and the first in Arizona to join the burgeoning Second Amendment sanctuary movement.

The county’s Board of Supervisors voted unanimously on Monday to declare Mohave County a Second Amendment sanctuary, Today’s News-Herald of Lake Havasu City reported. The nonbinding resolution states that Mohave County does “hereby commit to stand and defend” its residents’ right to bear arms, and that it won’t authorize the use of any county funds, employees or other resources “for the purpose of enforcing laws that unconstitutionally infringe on the people’s right to keep and bear arms.”

The Second Amendment Sanctuary movement has exploded in popularity with gun rights supporters over the past year or so, with dozens of cities, counties and states proclaiming their refusal to enforce state and federal gun control laws that they consider unconstitutional.

Supervisor Hildy Angius, who chairs the board, said the movement is sweeping the country.

“So why Mohave County? Anyone who’s been paying attention to what’s going on around us sees there is traction to implement gun control laws, even here in Arizona,” Angius said. “To me, it’s a statement from Mohave County that if Congress or the state legislature or the governor passes laws that infringe on our Second Amendment rights, with the help and leadership of our county sheriff, they’re in for a big fight.”

The board had previously voted in support of a similar resolution passed by the city of Needles, Calif., whose mayor spoke at Monday’s meeting. Angius urged other counties to follow suit.

Several prominent elected officials who represent Mohave County voiced their support for the resolution, including Republican Congressman Paul Gosar, who attended in person to speak in favor of it. Gosar warned of looming attempts at the federal level to take away Americans’ Second Amendment rights, especially if the Democrats win the White House next year.

“Beto O’Rourke may be out of the presidential race,” Gosar said, referring to the former Texas congressman who pledged to ban and confiscate assault weapons. “But that doesn’t mean any of the rest of the candidates running for president (have) any less of an intention of taking away your Second Amendment.”

State Sen. Sonny Borrelli and Rep. Leo Biasiucci, both Republicans of Lake Havasu City, also spoke in favor of the resolution. On Tuesday, they issued a joint press statement lauding the Board of Supervisors.

Biasiucci said, “This resolution sends a great message to others in Arizona and across the country that Mohave County will always fight to defend our constitutional rights,” while Borrelli proclaimed, “Although this is symbolic in nature, this reaffirms the county’s commitment, as well as mine, to support and defend the U.S. and Arizona constitutions.”

At the state level, the Republican-controlled legislature has long resisted calls for tougher gun control measures, and proposed laws restricting gun rights rarely even get hearings in committee. But Gov. Doug Ducey has spent the past two years pushing a proposal to enact a “red flag” law that would temporarily bar people’s access to firearms if they’re deemed a threat to themselves or others.

Ducey has been unable to get much support for his proposal. Many Republicans decried it as an infringement on Arizonans’ Second Amendment rights, while Democrats largely shunned it as an ineffective half-measure.

Rep. Randall Friese, a Tucson Democrat who has been one of the legislature’s loudest voices for gun control — Friese is a surgeon who treated former Congresswoman Gabrielle Giffords after her 2011 shooting — doesn’t like Mohave County’s resolution, but said he isn’t very concerned about it either.

Friese said the measure is purely symbolic and doesn’t believe it would hinder enforcement of any future gun control legislation in Mohave County.

“If we ever get to the point in Arizona where we pass a gun safety measure and they try to not enforce it, I believe there would be avenues for the state to hold them accountable to enforcing it,” Friese told the Arizona Mirror.

A 2016 law known as Senate Bill 1487 strips local governments of 10 percent of their state revenue if the attorney general finds that any action they’ve taken violates state law. Friese, however, said he believes the courts would be a better avenue, and wouldn’t favor using SB1487.

And in one sense, Friese said he views the resolution as a positive sign.

“I’m almost encouraged that they’re doing it. It seems to me they sense a change coming,” he said.