Lockers line the walls of an empty hallway at a high school in Scottsdale, Arizona on May 13, 2021. Photo by Sam Kmack | AZCIR 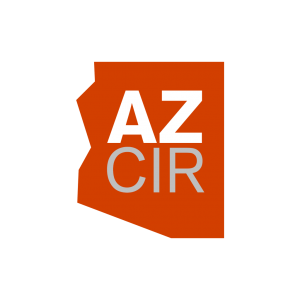 Hundreds of Arizona’s public schools failed to report accurate civil rights data to the U.S. Department of Education for the 2017-2018 school year, a violation that can result in a loss of federal funding.

Experts said the inaccurate data, which includes “504 plans” for students with disabilities, puts into question the process used to determine whether students’ rights are being violated, and deprives parents, policy makers and researchers of critical information about the support students receive.

The problem may not be unique to Arizona. National data indicates that about a quarter of all U.S. schools may have underreported the same figures.

“It gives everyone a blind spot—Congress, which should be concerned about funding programs for kids with disabilities, school districts that are comparing themselves to their peers, and parents who are looking out for their kids,” said Seth Galanter of the National Center for Youth Law, a nonprofit firm based in California that advocates for changes to public agencies on behalf of low-income children in the U.S. “Everyone loses when we don’t count things that are important.”

The misreporting occurred in the Civil Rights Data Collection (CRDC), a federal survey administered by the education department’s Office for Civil Rights every other year. Federally-funded schools are required to submit data on hundreds of variables ranging from student ethnicity to special education, which the education department uses to manage and enforce federal civil rights laws.

In AZCIR’s analysis of the most recent survey, more than 700 Arizona schools—or about 36% of the 2,000 schools included in the state’s CRDC submission—didn’t report any students with a disability protection commonly called a 504 plan. The plans are part of a civil rights law designed to provide students with disabilities equal access to public education through benefits such as reduced homework.

In an effort to verify the data, AZCIR contacted districts representing more than 500 of those schools. About 42% said the data was inaccurate. Previous federal surveys suggest most of those schools also didn’t report accurate data since at least the 2015-16 school year.

“The human on the ground impact of not having consistent reporting is that we don’t get a clear picture of what is happening with our children,” said Debora Colbert of Black Mothers Forum Inc., a nonprofit that works to help mothers of black children advocate for their students in Arizona’s schools.

Officials from more than a dozen school districts could not explain why they failed to follow the federal reporting requirements. Another 13 cited clerical mistakes or errors within the district’s student information system. The errors occurred despite a process by which district officials must certify the data as accurate before submission.

Three districts representing 14 schools said the error occurred with the Office for Civil Rights, but the agency did not respond to those claims despite multiple requests from AZCIR.

At Kingman Unified School District in Mohave County, officials had not assigned a staff member to submit the survey data when contacted by AZCIR. Tucson Unified, one of the state’s largest districts, said the data was inaccurate but was unable to provide exact 504 plan figures.

“They are violating their federal, their legal obligation to provide accurate data to the Department of Education,” said Galanter, who oversaw the survey for the Obama administration as its Principal Deputy Assistant Secretary at the Office for Civil Rights. “They should be counting and know who their 504 kids are and be able to report on that.”

The Office for Civil Rights also did not respond to AZCIR’s questions about steps the agency takes to verify information or ensure data integrity in the federal survey. Instead, an agency spokesperson wrote that school districts are responsible for data accuracy.

The federal agency can withhold funding if schools don’t report data accurately and won’t resolve the issue, but experts said the agency seldom imposes that penalty.

“No one wants to deprive the kids of receiving federal funds just because of a reporting error,” said Daniel Losen, the director of the Center for Civil Rights Remedies, an initiative at the Civil Rights Project of UCLA that focuses on educational policy research. “They need to find another way to hold districts accountable for improving the accuracy of their data because it’s the only source of information, especially with 504 kids.”

The federal Office for Civil Rights focuses on “future compliance” rather than penalties for past violations, Galanter said, adding that staff shortages make enforcement efforts difficult for the agency. He said assistance from state education departments could add extra accountability to the process.

The Arizona Department of Education is not required to verify or validate the civil rights data, which is the only comprehensive collection of 504 plan information in the state. Schools and school districts in Arizona send the survey directly to the federal government.

“ADE recognizes the importance of accurately reporting civil rights data to the federal government as critical to ensuring equitable learning opportunities for all students,” an agency spokesperson wrote in an email to AZCIR. “While the vast majority of Arizona’s public schools report 504 plan data accurately, these findings show that there is more work to be done in our state. ADE is committed to supporting local school leaders to ensure compliance with federal law.”

This story was published by Arizona Center for Investigative Reporting under a Creative Commons license with the headline “‘Hundreds of Arizona schools report inaccurate civil rights data, violate federal law.”

Sam Kmack is an investigative reporter for AZCIR, covering a range of topics across Arizona for a yearlong fellowship supported in part by the Poynter-Koch Media and Journalism Fellowship. He’s a recent graduate from the Annenberg School for Communication and Journalism at the University of Southern California. While at USC he was an editor at the university’s student-lead newsroom, Annenberg Media, where he oversaw coverage of South L.A. In 2019 he worked on The Beacon Project, USC’s award-winning student investigative reporting team, where he reported on topics such as the admissions scandal and inequities in disability accommodations for the SAT. His work has been published in LAist, Annenberg Media and Intersections South L.A.

State leaders’ decade of neglect imperiled fragile child… by Maria Polletta/AZCIR November 4, 2021
Violence against Indigenous women is a crisis in the U.S.,… by Shondiin Silversmith November 10, 2021
‘We have the watch’: Stories from inside NORAD on 9/11 by Emma Athena September 11, 2021