Kathy Hoffman took her oath of office as Arizona’s superintendent of public instruction on a children’s book that she’s often used to help students who have limited communication skills.

Hoffman was sworn in on the book “Too Many Moose!” by author Lisa Bakos and illustrator Mark Chambers. Hoffman, who worked as a speech therapist in the Peoria Unified School District, told Arizona Mirror that the book was one of her students’ favorites because it “brought joy in being able to communicate in a fun and engaging way.” 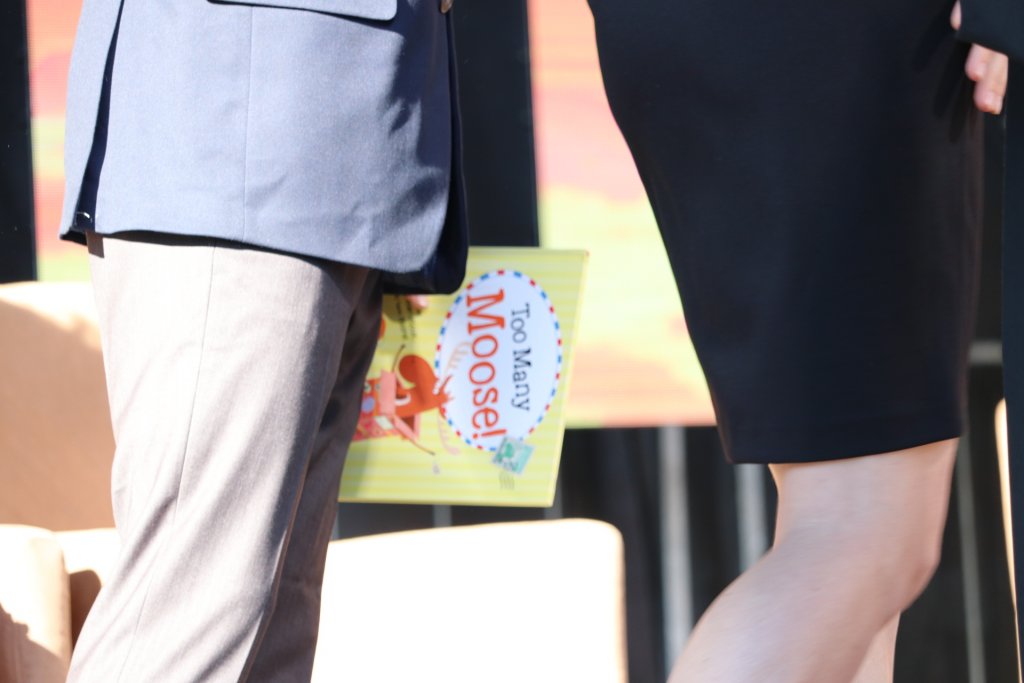 “My students, and all of Arizona’s students, were very much on my mind as I was sworn in today – using ‘Too Many Moose’ helped remind me why I ran for office in the first place,” Hoffman said in a statement her office provided to the Mirror.

In her inauguration speech, Hoffman talked about one of her students with severe language issues. She told the crowd at the Capitol about one of her students who was unable to speak due to brain damage, and communicated with five picture cards that had simple words such as “eat” and “drink” on them so he could indicate that he was hungry or thirsty.

Rather than leave him limited to just five words, Hoffman said she taught him to use an iPad so he could communicate more extensively. By the end of the school year, he was able say all of his friends’ names, talk about his favorite video games and tell his mother that he loves her.

‘We have the watch’: Stories from inside NORAD on 9/11 by Emma Athena September 11, 2021
Trump’s fake electors: Here’s the full list by Kira Lerner February 1, 2022
State leaders’ decade of neglect imperiled fragile child… by Maria Polletta/AZCIR November 4, 2021