In the decade since Arizona lawmakers made deep cuts to public colleges and universities in response to massive budget deficits during the Great Recession, the economy has recovered but state spending on higher education continues to lag.

And because Arizona students have seen the steepest cut in state support, they have seen the largest tuition increases, according to a new report on higher education funding nationally – and those increases are disproportionately affecting students of color.

Researchers for the Center on Budget and Policy Priorities found that Arizona has cut per-student spending on colleges and universities by almost 55% between 2008 and 2018, far and away the worst in the nation. Five other states – Alabama, Louisiana, Mississippi, Oklahoma and Pennsylvania – saw spending cuts of more than 30% during that time period. 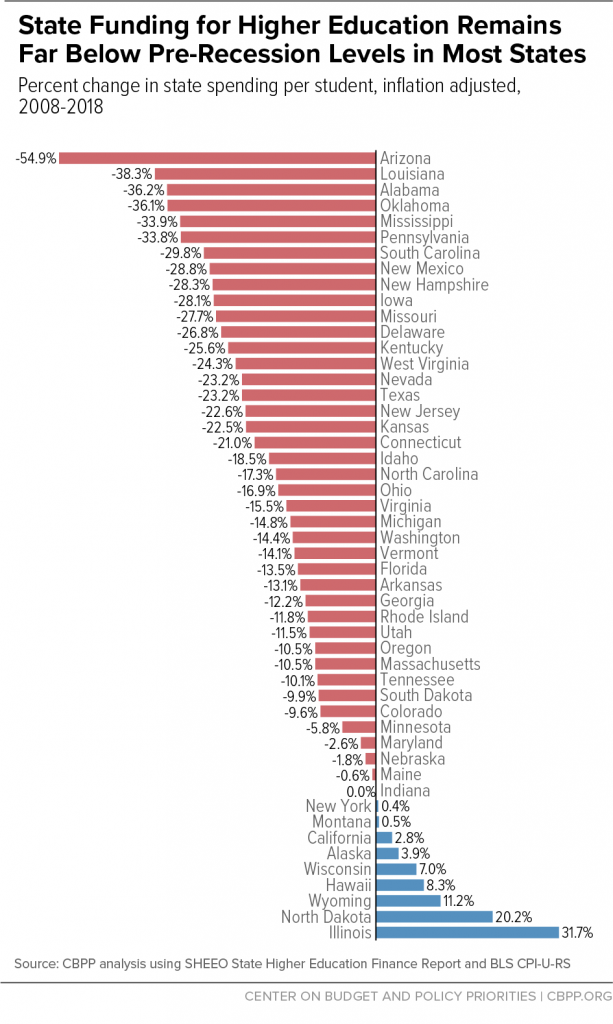 In terms of raw dollars, Arizona’s per-student funding cut of $3,669 was the fourth-worst nationally, trailing Alabama, Louisiana and New Mexico.

The national average was a 13-percent cut in per-student funding, or about $1,220 per student.

One result of the cuts in state funding has been skyrocketing tuition. Students in Arizona have seen the largest dollar increase in tuition since 2008, and now pay on average $5,384 more per year. That is nearly $600 more than Louisiana, which raised tuition about $4,800. 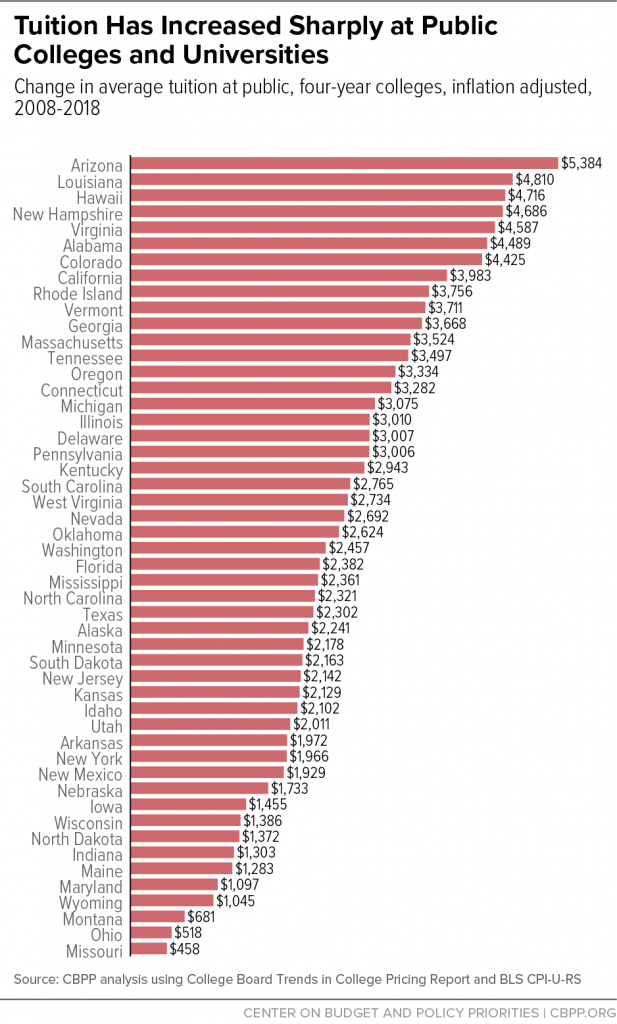 Higher tuition rates have fueled increases in student debt. “Onerous debt burdens make it more difficult for students to reach economic stability, costing resources that could instead go towards paying rent, saving for emergencies, or investing in the future,” the CBPP researchers wrote.