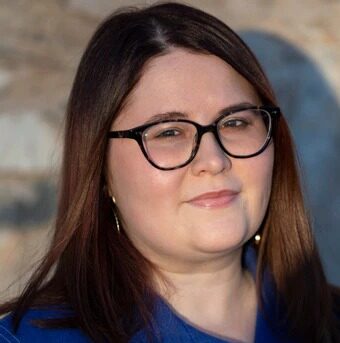 Rachel Leingang has covered government, politics and higher education in Arizona since 2015, first at the Arizona Capitol Times, then The Arizona Republic and the Arizona Agenda.

In the weeks leading up to August’s primary election, ballot drop boxes were getting a bad rap on the right. The documentary “2000 Mules,” which has been widely discredited, nonetheless supercharged claims that drop boxes enabled fraud. The now-nominee for Republican governor in Arizona told her followers not to use drop boxes. The Republican nominee […]

Election activists are seeking the ‘cast vote record’ from 2020. Here’s what it is and why they want it.

Elections departments across the country are getting tons of near-identical requests for an obscure document generated by ballot-counting machines, spurred by people who insist this record could help detect fraudulent voting patterns that show former President Donald Trump actually won the 2020 presidential election. It is the latest example of the endless, fruitless quest for […]

Pinal County’s election meltdown was years in the making

In Pinal County earlier this month, some Election Day voters waited hours for a primary ballot at polling places that had run out. They grew frustrated waiting for printers in the election office to slowly spit out additional ballots that then had to be trucked to sites around the county. Poll workers — already struggling […]

On the morning of the first big election he’d ever run, election deniers’ most hated man in Arizona wore an easy smile and downed a Diet Coke while brushing off mean tweets, misinformation and angry emails. Just like he’s done for the past 20 months. Maricopa County Recorder Stephen Richer took office in January 2021 […]

Pinal County ballot debacle could foreshadow errors in other counties

When David Frisk took over Pinal County’s elections in March after arriving from Washington state, he was the third director on the job in the past two years. He was greeted by a staff of one — in a department that should have had five full-time workers. So it may not be a shock that […]

A state-owned eight-seater airplane touched down in Yuma County on the last day of June to deliver a team from the Arizona secretary of state’s office to a nondescript building on Main Street for a crucial test — one they hoped could help rebuild public confidence in elections. The secretary’s staff wore orange vests to […]

One of the most significant election bills this legislative session is provoking an outcry from voting advocates who say it could disenfranchise naturalized citizens and other voters by canceling their registrations. It was quietly signed into law by Gov. Doug Ducey earlier this month, even though the governor had previously vetoed a similar bill. At […]

Whether voters fill out their ballots at home or head to the polls for the primary election in Arizona this summer, they’ll see some minor changes from 2020, but most new laws you may have heard about won’t affect this primary. Lawmakers considered more than 100 bills to address perceived election problems based on unsupported […]