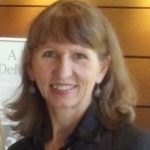 Laura Cassels is a reporter, former statehouse bureau chief, and former city editor. She is a classical pianist, a Florida State University graduate and proud alum of the Florida Flambeau, an independent college newspaper.

A delegation of Congressional Democrats including Arizona Rep. Raul Grijalva told conferees Wednesday at the global climate summit in Glasgow, Scotland, that the United States is not just talking, it is acting to reduce pollution, gird against vulnerabilities such as extreme storms, heat and flooding  and demonstrate how major polluters can change. “Last week, the […]

Obama at world climate conference: We are falling short

Returning to the world stage on climate change, former President Barack Obama on Monday told world leaders and young people gathered in Glasgow, Scotland, that time is running out to prevent life-threatening degradation of the planet’s climate, and he called on the world’s young people to demand better. “Collectively and individually, we are still falling […]