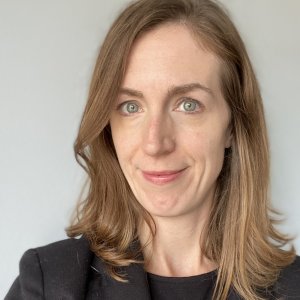 Laura covers the nation's capital as a senior reporter for States Newsroom, a network of nonprofit outlets that includes Arizona Mirror. Her areas of coverage include politics and policy, lobbying, elections, and campaign finance.

WASHINGTON — U.S. Senate Majority Leader Mitch McConnell on Tuesday blocked a vote on increased stimulus checks to people struggling amid the economic fallout of the COVID-19 pandemic. The U.S. House of Representatives approved a measure Monday evening to send $2,000 stimulus checks to many Americans, embracing a call from President Donald Trump to more […]

WASHINGTON — Congress on Monday night approved the first major COVID-19 relief measure since the spring, a sprawling spending bill that would provide $900 billion in pandemic-related aid but still didn’t go far enough for many Democrats. House leaders divided the bill into two parts and passed the emergency relief portion on a 359-53 vote. […]

WASHINGTON — Congress is set to pass a massive bipartisan emergency relief bill that’s intended to aid Americans affected by the COVID-19 pandemic. Here's what it includes.

WASHINGTON — A deal on a coronavirus relief package finally emerged on Sunday night, after members of Congress resolved a days-long impasse over a provision sought by U.S. Sen. Pat Toomey of Pennsylvania to ensure that several temporary Federal Reserve lending programs will end this year. Working through that disagreement over the Fed was a […]

WASHINGTON — Arizona’s Mark Kelly was sworn in Wednesday as a U.S. senator, giving the state two Democrats in the Senate for the first time in nearly 70 years and reducing Republican control in that chamber to 52-48. Kelly, a Navy veteran, astronaut and husband of former U.S. Rep. Gabrielle Giffords, defeated Republican Sen. Martha […]

WASHINGTON — Health care workers and residents of nursing homes and other long-term care facilities would be the first people in the U.S. to receive COVID-19 vaccines under recommendations approved Tuesday by a federal advisory committee. It will be up to each state to determine how exactly to distribute doses of the vaccines, which could […]

WASHINGTON — The number of coronavirus infections across the country is swelling at a perilous time for state governments, just weeks before federal support rushed through Congress in the pandemic’s early stages is set to end.

Biden wants nationwide mask mandate: ‘We can save tens of thousands of lives’

WASHINGTON — President-elect Joe Biden’s coronavirus response plan seeks to put a national mask mandate in place by calling on all governors to require face coverings in their states.

WASHINGTON — Democrat Joe Biden’s native state of Pennsylvania on Saturday secured his victory to become the next president of the United States when The Associated Press reported he had gained enough votes there to win the electoral college.

WASHINGTON — Two days after Election Day, the nation waited for vote-counting to finish in several critical states, where the tallying of mail ballots has left Democrat Joe Biden just short of the votes needed to become the next president.

WASHINGTON — President Donald Trump prematurely declared victory early Wednesday morning, but the outcome of a razor-thin presidential contest actually depends on key battleground states that are trying to finish tallying millions of remaining mail ballots. Here are some questions — and answers — about what’s going on in those states

Democrats struggle for U.S. Senate control after failing to knock off GOP incumbents

WASHINGTON — Democrats gained at least one Republican-held seat in the U.S. Senate, but also lost a seat of their own and were unable to defeat several GOP incumbents in the elections, ending up early Wednesday with an increasingly challenging path to wresting control of the chamber away from Republicans.