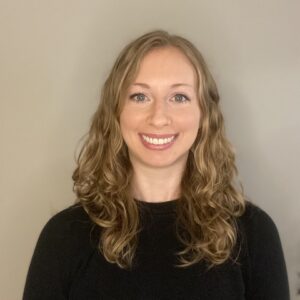 WASHINGTON — Pfizer and BioNTech on Tuesday asked the federal government to begin the approval process for a two-dose COVID-19 vaccine for children under 5. The companies said in a joint statement they began the rolling submission process for an emergency use authorization at the request of the Food and Drug Administration “in response to […]

WASHINGTON — Governors of both parties from throughout the United States met here over the weekend to try to speak on a unified front about what their states need from the federal government. But the waters were muddied by governors’ clearly divided political views about two major issues of the moment — voting laws and […]

WASHINGTON —The congressional committee investigating the Jan. 6 attack on the U.S. Capitol subpoenaed on Friday 14 people from seven states who participated as fake electors following the 2020 presidential election. Groups from Arizona, Georgia, Michigan, New Mexico, Nevada, Pennsylvania and Wisconsin all allegedly sent in lists of so-called alternate electors to the National Archives. The groups had met in December 2020 to sign […]

WASHINGTON — Supreme Court Justice Stephen Breyer formally announced his retirement Thursday, giving President Joe Biden his first, and possibly only, opportunity to make a nomination for the lifetime appointment.  At the White House, Biden said he will make his decision by the end of February and recommitted to nominating the court’s first Black female […]

WASHINGTON — U.S. Supreme Court Justice Stephen Breyer is planning to announce his retirement in the coming days, according to multiple press reports Wednesday. The decision by the 83-year-old justice, who was nominated by President Bill Clinton in 1994, would give President Joe Biden his first chance to nominate a member of the Supreme Court, […]

WASHINGTON — The Biden administration announced Tuesday it will withdraw an emergency mandate that would have required employees at large businesses to get the COVID-19 vaccine or test regularly for the virus. The decision from the Occupational Safety and Health Administration, which will take effect Wednesday, follows a ruling from the U.S. Supreme Court earlier […]