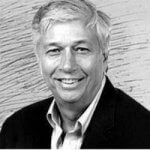 Jay Bookman covered Georgia and national politics for nearly 30 years for the Atlanta Journal-Constitution, earning numerous national, regional and state journalism awards. He has been awarded the National Headliner Award and the Walker Stone Award for outstanding editorial writing, and is the only two-time winner of the Pulliam Fellowship granted by the Society of Professional Journalists. He is also the author of "Caught in the Current," published by St. Martin's Press.

Last week an untrained 18-year-old kid, armed with an AR-15 and multiple high-capacity magazines, intimidated an entire police force into doing nothing while he slaughtered their town’s helpless schoolchildren. For more than an hour, while kids frantically texted and called 911 begging to be rescued, the “good guys” did nothing. They did nothing because they […]

Like his buddy Vladimir Putin, Donald Trump is a thug willing to use violence to achieve what he cannot achieve by legitimate means. He has shown a willingness to do so in the past, and because he himself has paid no price, he is threatening to do so in the future. We know all this, […]

As protests over police violence turned into riots across the nation, Americans were once again searching for answers to the age-old question of race and racial division. On Fox News, the search for a villain settled quickly on Barack Obama.

If President Trump is innocent, why lock up the evidence?