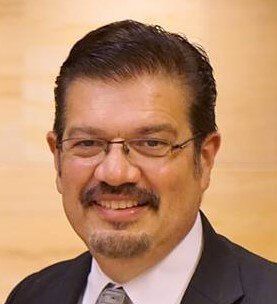 James E. Garcia is a Phoenix-based journalist, playwright and communications consultant. As a journalist, he has worked as a reporter, columnist, editor and foreign correspondent. He was the first Latino Affairs correspondent for KJZZ, and the first Latino editor of a major progressive news weekly in the U.S., The San Antonio Current. James has taught creative and non-fiction writing, ethnic studies, theater, literature and Latino politics at ASU. The founder and producing artistic director of New Carpa Theater Co., James is the author of more than 30 plays, including the upcoming “The Two Souls of Cesar Chavez.”

Here’s the real state of the union

Listening to President Biden Tuesday night, I wasn’t so much waiting to see if he’d make news as much as I was hoping he’d say something — anything — that wasn’t aimed at helping the Democrats win the November’s midterm elections. Without that win, the president’s agenda could be stopped in its tracks. It’s not […]

What do we care if Putin invades Ukraine? What if we don’t?

“War, children It’s just a shot away. It’s just a shot away.” — Rolling Stones The invasion of Ukraine by Russia, and the ensuing and needless slaughter of thousands of soldiers and civilians, seems all but inevitable now. “So, what do I care?” some of us may be asking ourselves. “It’s not our fight.” I […]

It wasn’t so long ago that Latino leaders in Arizona were predicting the community was poised to make major strides in growing its political influence across the state.  Most observers thought the results of the 2020 Census would show the state’s Latino population wasn’t just growing fast, but also becoming a bigger share of Arizona’s […]

Sens. Sinema and Manchin, are these daggers I see before you?

FDR’s back, and he’s got something to say about another ‘date which will live in infamy’

In a world of fantastical conspiracies and alternate political universes, the ghost of President Franklin D. Roosevelt returned today to mark the first anniversary of the Jan. 6 assault on the Capitol with a fresh take on speech to Congress 80 years ago about the infamous attack on the Pacific fleet at Pearl Harbor.  Let’s […]

‘Redistricting’ may sound boring, but what if I told you the future of our democracy is at stake

The outcome of the so-called redistricting process well underway across the nation promises to have a profound effect on the lives of most Americans for at least the next 10 years.

Amid our country’s racial reckoning, Katie Hobbs’ apology may be too little, too late

I admit it. I’m disappointed that Secretary of State Katie Hobbs’ campaign to become Arizona’s next governor seems now to have all but imploded. Not that I had already decided to vote for her. I know better than to make a decision as important as that a year out from Election Day. The fate of […]

One of the great stories in Arizona politics involves the recall 10 years ago this month of then-Republican Senate President Russell Pearce, the far-right author of the single most anti-immigrant bill in modern U.S. history, Senate Bill 1070. More commonly known as the “show us your papers” law, its passage wreaked terror in the immigrant […]

Congressman Ruben Gallego got it right when he recently described his House colleague, Paul Gosar, as “Just an awful human being.” Gallego was commenting on the news that Gosar had posted an altered anime video of himself on Twitter, which he’s since removed, that depicted him executing Rep. Alexandria Ocasio-Cortez, D-NY, by slashing the back […]

There is a civil war underway in America. It’s not the same sort of war we fought more than 150 years ago, when Americans took sides on whether slavery was good or evil, donned blue and gray uniforms, then  slaughtered each other on the battlefield. This is a war that’s happening in slow-motion, a largely […]

Every great drama has a villain and a hero. The trouble with recounting the drama surrounding Arizona’s decades-long cultural and political clashes over immigration is that there have been so many villains and heroes it’s hard to know where to start. In that case, you do what Terry Greene Sterling and Jude Joffe-Block did: you […]

Kyrsten Sinema is no John McCain, try as she might

I’ve held off on criticizing Sen. Kyrsten Sinema since she entered office in 2018 largely because I’ve always agreed with her on one key point: a bipartisan approach to solving our country’s biggest problems is generally a good thing. The way I see it, our elected officials should wake up every morning and ask not […]