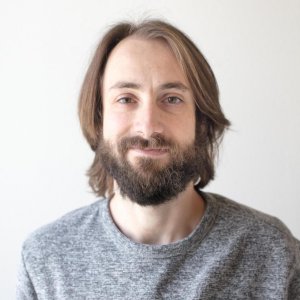 Jacob covers federal policy as a senior reporter in the States Newsroom Washington bureau. Based in Oregon, he focuses on Western issues as well as climate, energy development, public lands and infrastructure.

States in the Colorado River Basin are adjusting to the reality that their rights outstrip the available water by nearly one-third, state and tribal leaders told a congressional panel Friday. The situation is likely only to worsen as the climate changes, leaving states and tribes in competition for their most vital resource. Representatives from the […]

Why there’s such an impasse in Congress: Some questions and answers

WASHINGTON — Congress may have kept the federal government operating with an 11th-hour flurry of votes on Thursday, but several key pieces of the Democratic agenda remain in limbo. Here are some questions and answers on where negotiations stand with two massive Democratic-drafted bills — and the status of other looming challenges for federal lawmakers:  President […]

Proposals targeting specific areas for conservation in Arizona, Colorado, New Mexico and federal waters off Louisiana’s coast made their way into the gigantic budget reconciliation bill that Democrats are moving through Congress. The portion of the $3.5 trillion package approved on a party-line vote by the House Natural Resources Committee last week includes nationwide measures […]

The U.S. House on Tuesday passed, 219-212, along party lines a bill to reinstate a core section of the Voting Rights Act — a direct rebuke to state laws the bill’s supporters say have restricted voting rights. The bill, named for the late civil rights icon and longtime Georgia Democratic U.S. Rep. John R. Lewis, […]

How Congress will attempt the biggest expansion of U.S. social programs since FDR

WASHINGTON — The U.S. Senate this week passed a massive bipartisan infrastructure bill and an even larger budget blueprint that would pave the way for historic changes in U.S. health, education, climate and tax policies. The two measures are roped to each other, reflecting Democrats’ strategy to pass what could be bipartisan with Republicans—and to […]

The U.S. Senate on Tuesday passed a sweeping bipartisan $1.2 trillion infrastructure package, a milestone for one of President Joe Biden’s priorities after months of negotiation. Biden proposed an infrastructure plan in March that would have topped $2 trillion. A bipartisan group of senators led by Rob Portman (R-Ohio) and Kyrsten Sinema (D-Ariz.) worked out […]

In a contentious meeting that distilled a weeks-long fight, the U.S. Senate Energy & Natural Resources Committee deadlocked 10-10 along party lines Thursday on approving Tracy Stone-Manning’s nomination as head of the Bureau of Land Management. That means an extra procedural vote will be forced before the full U.S. Senate takes up the nomination of […]

Tracy Stone-Manning and a former federal investigator during the past few days shared widely varying accounts of her involvement in a 1989 tree-spiking in an Idaho national forest, as the fight over the Montanan’s nomination to lead the U.S. Bureau of Land Management escalated. Stone-Manning’s confirmation remains stuck in a divided U.S. Senate Energy & […]

Republicans in the U.S. Senate are ramping up opposition to President Joe Biden’s pick to lead the Bureau of Land Management after a conservative news site and other news reports detailed her connection to an Idaho tree-spiking scheme three decades ago.

A U.S. House Natural Resources subcommittee examined the cleanup needs for regions transitioning away from coal production Tuesday, with witnesses representing coal workers and Native American communities saying energy companies should be responsible for returning the land to its pre-mining state.