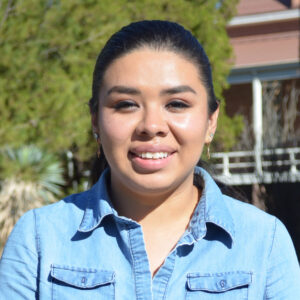 Last month, Arizonans voted to reform medical debt collection via Proposition 209, but that decision is now being challenged in court by lenders and debt collectors.  The proposition was passed by a 72% share of the 2.6 million votes cast in the Nov. 8 midterm election. Dubbed the “Predatory Debt Collection Act,” it promised to […]

Arizona Sen. Kyrsten Sinema announced Friday morning that she was leaving the Democratic Party, a move that was not surprising to political observers and longtime former allies and foes of the senior senator who are now looking ahead to 2024.  “Clearly, it gets her out of the worst place she could possibly be, which is […]

Delia Rodriguez hopes to someday become a social worker, but her undocumented status puts her at risk of deportation, potentially shattering that dream. Now, a bipartisan proposal at the federal level could change that.  “My future is in the hands of Sen. Kyrsten Sinema and Thom Tillis. With their help, we can find a national […]

The Republican Cochise County supervisors who refused to certify the election results should be investigated and criminally prosecuted, Secretary of State Katie Hobbs said in a letter to state and county attorneys.  Without repercussions, Hobbs wrote to Attorney General Mark Brnovich and Cochise County Attorney Brian McIntyre, the decision of supervisors Tom Crosby and Peggy […]

Lawmakers: Ducey is breaking his promise to protect school funding

Arizona lawmakers are demanding Gov. Doug Ducey call a special session to allow the legislature to waive a spending cap that threatens to cut $1.4 billion in public school funding across the state, accusing him of dragging his feet despite clear lawmaker support and his own promises.  “Governor Ducey, all we’re asking you is to […]

The future of abortion access in Arizona remains in limbo after a three-judge panel in Tucson heard arguments Wednesday on the validity and application of a near-total ban from 1864 — and whether it can coexist with a 15-week ban passed this year.  The Arizona Court of Appeals took on the case after a trial […]

Majority of Arizonans trust elections, despite persistence of election denialism

An overwhelming majority of Arizona voters trust elections and don’t want to see baseless challenges to their outcomes, according to a recent poll. Secure Democracy Foundation, a nonpartisan election policy advocacy group based in Washington D.C., conducted polls in five battleground states ahead of the midterms. Despite persistent and baseless allegations that elections in the […]

An attempt by Abe Hamadeh, the Republican candidate for attorney general to overturn the election results in a race he lost was dismissed Tuesday afternoon because he ignored a state law requiring election challenges be filed after the election has been certified.  Hamadeh filed a lawsuit last week challenging the election, which he lost to […]

More than 50 school boards are calling on Gov. Doug Ducey to take action to head off a funding cliff that would force public schools to cut $1.4 billion from their budgets in the middle of the school year, resulting in widespread layoffs and closures.   “We’re asking the current legislators and Gov. Ducey — the […]

A Maricopa County judge gave a tentative go-ahead to a lawsuit seeking to overturn the results of the attorney general’s race, amid criticism that it lacked sufficient evidence and was filed prematurely based on statutory guidelines, though he warned he may yet dismiss the legal challenge.  Last week, Abe Hamadeh, the Republican candidate for attorney […]

Republican Kari Lake has filed a lawsuit against Maricopa County election officials, demanding they provide information about voters whose ballots were affected by tabulation mishaps in the county on Election Day in a last-ditch attempt to cast doubt on the results that determined she lost her bid for governor. In a video interview with former […]

Young voters are an increasingly powerful segment of the Arizona electorate and helped propel Democratic candidates to key victories during the midterms, but experts and voting advocates say the bloc still has a lot of room to grow.  Voters 65 years and older make up 28% of all registered voters in the state, while only […]