Students pass through open walkways in this file photo of a high school in Tempe, Arizona on Aug. 27, 2021. Photo by Brandon Quester | AZCIR 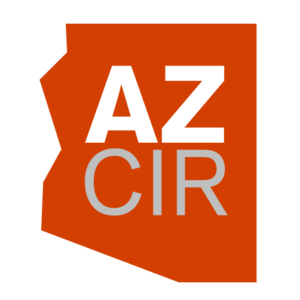 In March 2020, Gov. Doug Ducey signed into law a sweeping set of measures designed to help curb rising rates of suicide and expand access to mental health treatment for Arizona residents with and without insurance.

Commonly known as Jake’s Law, the legislation was named after Jake Machovsky, a 15-year-old who died by suicide in 2016 after his family’s insurance denied an inpatient stay for mental health treatment.

The law marked a major stride toward achieving mental health parity in Arizona, which is when insurers provide the same level of service for behavioral health and substance abuse treatment as they do for other physical ailments. It also expanded access to mental health treatment by letting schools refer uninsured and underinsured students to mental health providers—and by paying for those services when families couldn’t afford them on their own.

Since Jake’s Law was enacted, hundreds of eligible students have accessed mental health treatment they may not have otherwise received. The state has paid for nearly $1.4 million in services using the $8 million Children’s Behavioral Health Services Fund created by the law, which campus mental health professionals interviewed by AZCIR heralded as an “incredible addition” to how they address youth mental health needs.

This article is published as part of the Mental Health Parity Collaborative, a national partnership between AZCIR and The Carter Center’s Rosalynn Carter Fellowships for Mental Health Journalism and other newsrooms throughout the U.S.

Yet, two years into the program, more than half of Arizona schools haven’t referred students under the law. Among traditional districts and charter systems that have opted in to refer, uneven staffing for school counselors and social workers has led to an unknown number of students getting overlooked for treatment.

Fewer than 700 students qualified to use the state fund out of nearly 8,000 referred from June 2021 through June 2022, as the money is only available after all other payment options—such as public grants or Medicaid—are exhausted.

Even after students are referred for treatment, parents must give permission for their children to receive services and find time to get their children to off-campus appointments if they aren’t available at school. A statewide shortage of mental health providers means districts sometimes don’t have nearby options to refer students for help.

These obstacles are concerning in a state where 70% of youth who experienced a major depressive episode in the year before the pandemic did not receive treatment. Suicide is the second-leading cause of death in Arizona for those aged 10 to 19.

“I know there are students who do need services and aren’t receiving them,” said Rebecca Carrier, counseling coordinator for Tucson Unified School District.

Overall, though, Carrier believes the ability to use this new fund for students in need is a positive: “No one’s denied under Jake’s Law,” she said.

When Jake’s parents, Denise Schatt-Denslow and Ben Denslow, found a volunteer lobbyist willing to help with their cause, they focused their efforts on bringing Arizona’s laws more in line with federal mental health parity. In other words, they wanted to stop health insurers from handling coverage of mental health and substance abuse treatment differently than how they handled coverage of physical conditions.

The parity element has taken longer to implement than the student behavioral health fund, according to Carly Fleege, the volunteer lobbyist who helped shape and pass the law. After two years of back-and-forth with insurers, the changes to state parity rules will go into effect Sept. 4, 2022.

To improve mental health parity in Arizona, the law created a website to educate residents about what insurers should be offering and how to file insurance complaints. It also required state-regulated insurers to provide a customer service line on insurance cards, mandated that insurance companies file reports to the state every three years detailing their compliance with state and federal parity laws, and created a Mental Health Parity Advisory Committee housed in the Department of Insurance and Financial Institutions.

Fleege said developing a fund to help families pay for services that were otherwise out of reach was in large part made possible by then-Sen. Kate Brophy McGee, the Phoenix Republican who sponsored the bill and encouraged the family to add the Children’s Behavioral Health Services Fund to the legislation.

The fund is managed by the Arizona Health Care Cost Containment System, the state’s Medicaid agency, and is used as a last-resort payment option for uninsured and underinsured students who don’t qualify for AHCCCS or other federal grants.

School districts make referrals, and AHCCCS determines students’ eligibility for various types of funding. One of Arizona’s three Regional Behavioral Health Authorities pays contracted providers that have agreements with schools to provide services either on- or off-campus.

Fleege, who lost her sister to suicide in 2017, called the timing of the fund’s creation “a huge blessing in disguise.”

“I don’t think anybody could have anticipated a global pandemic, the fallout from that and how difficult it would be on our kids,” she said.

Natalie Hunter, a social worker at Vista Grande High School in Casa Grande, said the ability to refer students without insurance has been helpful for those who lack the resources to get therapy outside of school. At Vista Grande, students can receive mental health care from a local provider that visits campus two days a week.

Students Hunter works with also feel supported, she said, because they see “collaboration from the home, school and the community” coming together to provide necessary services.

Parents who consent to treatment for their children are generally happy with the school-based referral system, according to AHCCCS survey results obtained by AZCIR. One parent said what the access to care did for her son was “nothing short of incredible.”

Others felt they weren’t getting services in a timely manner. AHCCCS spokeswoman Heidi Capriotti said the agency was working to address concerns and “ensure children who are referred through this program receive the help they’ve requested.”

‘You should go somewhere else’

Mental health providers told AZCIR they had a difficult time maintaining adequate staffing levels during the height of the COVID-19 pandemic, which hit right around the time Jake’s Law was passed.

Workforce issues persist in parts of the state, meaning certain providers may not have the capacity to absorb new student referrals. In at least one case, the area mental health provider contracted with a school district disappeared entirely.

At Tucson Unified School District, Carrier said one of its partner agencies could not accept new students for about eight weeks earlier this year, forcing officials to redirect students to other providers.

In La Paz County, Parker Unified School District’s single contract provider got rid of its only office there, according to superintendent Brad Sale. He said the district is working with AHCCCS and county health officials to find a solution, but currently has nowhere to refer students.

Casa de los Niños, which serves more than 70 schools in Pima County, experienced a behavioral health workforce turnover of 65% in 2021, according to CEO Susie Huhn. Like other female-dominated professions hit hard by the pandemic, the sector saw many women leave the workforce to handle child care and other family obligations, she said. Huhn also pointed to low reimbursement rates for services and enticing telemedicine jobs thinning out its ranks.

The agency has stabilized some of its workforce since January, she said, but not enough to “make up for what we lost.”

“When we don’t have any capacity for therapy, we tell families, ‘You should go somewhere else,’” Huhn said. “The problem is, we’re sending them to places that don’t have capacity.”

Shortages of mental health providers also affect campuses themselves. Previous AZCIR reporting showed the ratio of students to school counselors in Arizona is nearly three times higher than what experts recommend, while the state’s student-to-school-social-worker ratio is nearly 13 times higher.

Because those professionals are the ones typically doing referrals, some students who could benefit from outside services are slipping through the cracks, Carrier said.

Some school districts haven’t opted in to the school-based referral program in the first place, perhaps because they’re unaware they have the option. AHCCCS acknowledged awareness has been a barrier to participation and said it is working to expand outreach efforts.

For schools that may not have had the resources to develop referral policies which, by law, must be posted on their websites, the Arizona School Board Association released an advisory in July 2022 that includes sample language to help.

Jake’s Law also requires schools to obtain parental consent when making outside referrals, which is sometimes an additional barrier. It’s unclear how many parents have decided not to opt in to the school-based referral process, because AHCCCS does not require schools to report this information. In Tucson, Carrier estimates that’s happening in about one in five cases.

She noted that the time lag between referring a student for services and getting parents’ permission can make the process take longer than needed.

“Unfortunately, there can be a gap with getting on the same page and getting that parent permission,” she said. “That’s where we lose a lot of referrals.”

Fleege said Jake’s parents are “ecstatic with how everything turned out” with the legislation, despite the long, emotional road to its passage and the kinks still being refined.

“I think that even though the impact of Jake’s Law is maybe yet to be seen in some ways, particularly the parity piece, I can’t imagine that they are not over the moon with what they’ve been able to accomplish,” she said.