Twenty three people who Phoenix police rounded up and arrested for unfounded felony rioting charges filed a federal class action lawsuit against the City of Phoenix, Police Chief Jeri Williams and three other employees of the Phoenix Police Department.

The lawsuit, filed May 28, alleges Williams and Lieutenant Benjamin Moore, Sergeant Douglas McBride and Commander Dennis Orender conspired to plan and approve “mass arrests of 124 individuals, and the use of a manufactured, cut-and-paste probable cause statement to support false felony charges.”

The arrests took place in downtown Phoenix following a May 30, 2020 protest to denounce the deaths of George Floyd in Minnesota, Dion Johnson in Phoenix, and other Black Americans killed after encounters with police.

Most of the people arrested were leaving the scene of the protest, the lawsuit claims, after police used “indiscriminate deployments of tear gas, pepper spray, pepper balls, rubber-coated bullets, and beanbag rounds into a crowd of hundreds of non-violent protesters.”

“Rather than permitting the protestors to disperse, they chased them down,” the complaint alleges. “They arrested anyone who was on the street or in vehicles, whether they had attended a protest or not. To support these mass arrests and cause individuals to be booked into jail, PPD officers used identical, and illegal, cut-and-paste probable cause statements.”

A county judge dismissed their cases because there was no evidence to support a probable cause for arrest, and they were ordered released.

Some of the people arrested were physically injured with rubber bullets police shot, including Darric Newman who was shot in the knee and Jordan Thomas who was shot in the ribs while he was kneeling, the lawsuit alleges. A tear gas canister struck and injured Anthony Harding. Corina Garcia, who was in the neighborhood after having dinner with her partner when police arrested and accused her of felony rioting, had a spontaneous abortion of her child following the detention. Máxima Guerrero, another plaintiff, faced deportation proceedings along with three other immigrants arrested that night.

“The plaintiffs hope to be made whole. They are alleging a number of incredible damages, from being held in hot vans for hours, to emotional and psychological damages, being thrown in jail in the middle of a respiratory pandemic, exposed to chemical weapons… At least one individual was actually deported,” said Heather Hamel, an attorney with People’s Law Firm, which is representing the plaintiffs. “So, these arrests completely upended their lives. The city needs to repair that harm and remedy that harm.”

Most of those arrested were held for hours in poorly ventilated vehicles without access to water or restrooms. In some cases, police confiscated their facemasks and did not guarantee precautions to mitigate the spread of COVID-19, like social distancing and wearing face masks.

“Those 124 people were also forced to spend time in jail, crammed into rooms with dozens of unmasked individuals, exposing them (and, in turn, the community at large) to COVID-19,” the complaint states.

“The City is committed to the safety, security and constitutionally protected rights of all its residents and visitors,” Wilson said. “The City is reviewing the allegations in detail and will file an appropriate response pursuant to the Rules of Civil Procedure which govern all federal civil lawsuits.”

The lawsuit seeks a permanent injunction to prohibit police from using chemical and kinetic weapons and methods of crowd-control at protests, and wants the court to order the city to change its policies to ensure police “do not continue to engage in unconstitutional conducts in the future.”

The lawsuit claims the Phoenix Police Department has a history of “continued uses of excessive force” and lists protests where police used pepper bullets and shot pepper spray during public demonstrations. Among those incidents are a 2010 rally for immigration reform, an October of 2014 demonstration the police killing of Rumain Brisbon, a July 2016 Black Lives Matter protest, the August 2017 rally to protest a President Donald Trump visit and a July 2019 protest denouncing border policies.

“Phoenix PD’s response to the most recent slate of protests demonstrates that Phoenix PD has done little to nothing to change the ways in which it manages protests and protects individuals’ constitutional rights,” the lawsuit states. “And it has demonstrated that it cares little for how its excessive force may contribute to the spread of a potentially deadly virus in the middle of a global pandemic.”

The lawsuit accuses the City of Phoenix of “gross negligence” for failing to train and supervise its employees on lawful crowd control and arrest practices.

Hamel said attorneys are also preparing a lawsuit against Phoenix related to cases where activists were charged with felony cases in what they say was political persecution for their criticism of local police, prosecutors and city leaders.

Guerreo, one of the plaintiffs, is also suing Maricopa County and Sheriff Paul Penzone for prolonging her detention to accommodate an U.S. Immigration and Customs Enforcement arrest.

***UPDATED: This story has been updated with a comment from the City of Phoenix. 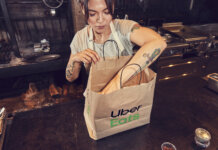