Shannon Estenoz, tapped by President Joe Biden to oversee management of U.S. wildlife and parks, on Wednesday repeated the administration’s promises to increase access to outdoor recreation, use conservation for job creation and collaborate with states and private landowners.

Asked by members of the U.S. Senate Environment and Public Works Committee at her confirmation hearing what her priorities would be, Estenoz said she’d promote the agenda Biden and Interior Secretary Deb Haaland have set.

Estenoz, the former CEO of the environmental nonprofit the Everglades Foundation in Florida, would oversee the National Park Service and the Fish and Wildlife Service as assistant secretary for fish and wildlife and parks, with directors of both agencies reporting to her.

She referred several times to her upbringing on Key West and the five generations of her family history on the island, and the ethos of conservation growing up on the island instilled in her.

“When your family has been in a place for many generations, there is an instinct to conserve that has nothing to do with science or regulations,” she said. “It has to do with a connection to place and to a way of life.”

Since Biden took office Jan. 20, Estenoz has been working as a principal deputy assistant secretary. That position doesn’t require Senate confirmation but has roughly equivalent responsibilities to the post for which she’s been nominated. Her role likely has given her better insight into the administration’s goals on conservation, which she promoted throughout the hearing.

For example, she said the administration wanted to improve access to natural areas for all communities, an issue the pandemic has shown to have increased importance.

“The year that we’ve been through as a nation is perfect evidence for how important it is for folks to have access to outdoor spaces,” Estenoz said. “So many Americans have taken refuge in the parks in the neighborhoods, in their communities. And for folks that don’t have access to those spaces, it’s been that much harder to cope with the year that we’ve been through.”

A multi-agency report to the White House last week listed equitable access to parkland as one of the administration’s priorities. On Monday, the Interior Department said it was providing $150 million for a competitive grant program for local governments to build parks in urban areas.

Estenoz also echoed one of the report’s priorities — collaboration with private landowners and state authorities — in regards to protecting endangered species.

Estenoz, who worked for 24 years in private conservation nonprofits and state government roles on efforts to build infrastructure to restore the Everglades, and whose father was a civil engineer who helped design the Seven Mile Bridge connecting the Florida Keys, also promoted the administration’s infrastructure proposal, which she said could aid conservation efforts.

“I know that jobs, infrastructure, conservation and restoration can and should go hand in hand,” she said.

She added she would be sensitive to the demands federal environmental reviews place on states. She said the government should seek the “right balance between thoroughness and timeliness.”

Republicans on the committee didn’t give any indication they planned to oppose her confirmation, though some did raise concerns with the Biden administration’s environmental and energy agenda.

Committee ranking Republican Shelley Moore Capito, of West Virginia, said she was concerned by the pace and “unilateral nature” of changes to the federal environmental review process, a rule to strengthen protections for migratory birds and a decision to revisit environmental regulations of navigable waters.

Kelly asks about ‘waters of the U.S.’ rule

Much of the hearing was focused on the waters of the United States rule, a 2015 EPA regulation that expanded the definition of waters that the government had jurisdiction over.

Republicans have opposed the Obama-era rule for years, saying it hampered farmers’ abilities to manage waters on their own properties. Former President Donald Trump’s EPA rolled back the rule last year. On the day Biden took office, the new president signed an executive order directing a review of the rule.

Republicans on the panel Wednesday, as well as Arizona Democratic Sen. Mark Kelly, asked Fox about that process and urged her not to return to the Obama definition.

Fox said her and EPA Administrator Michael Regan’s goal was to create a definition that would be durable, and not subject to change with every change in presidential administrations.

A Democratic Senate staffer said committee votes on the nominees have not been scheduled. 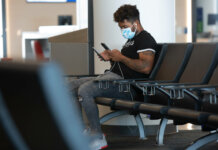 CDC: You can ditch the mask in most places, indoors and out, if fully vaccinated 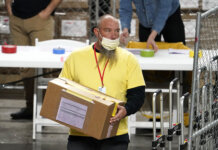 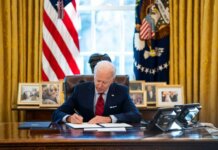