WASHINGTON — A U.S. House elections panel on Thursday heard from witnesses about the need to craft a new formula that identifies which states or jurisdictions have problematic histories of racial discrimination when it comes to access to the ballot box.

The hearing in the House Administration Committee’s elections subcommittee also served as a way for voting rights advocates to raise broader concerns about GOP-controlled state legislatures around the country that are engaging in a push to enact laws they say are aimed at election security. The rush to pass new voting laws followed baseless claims of fraud by President Donald Trump and his supporters in the November elections.

After legal maneuvers failed and nonpartisan watchdogs concluded there was no evidence of such fraud, the GOP strategy has shifted to passing the new state laws. Voting rights advocates say the fallout could be a decline in voter participation and disenfranchisement of voters of color.

“One of our most sacred rights in this country is the right to vote,” the chairman of the House Administration Committee’s elections subcommittee, G. K. Butterfield, (D-N.C.), said.

Allison Riggs, who leads the voting rights program at the Southern Coalition for Social Justice in North Carolina, said that her state “remains the most active battlefield for access to the ballot box.”

Following the 2013 Shelby County v. Holder Supreme Court decision that found section 4 of the Voting Rights Act of 1965 unconstitutional, states that had previously had to have election changes approved by the federal government were free to make those changes on their own.

That elimination of a process known as preclearance resulted in a wave of restrictive laws that enacted strict voter ID requirements, closed polling stations and limited voting hours.

Some of those states that qualified under the old formula included Arizona, Georgia, Louisiana, Virginia, and parts of Florida and Michigan, among others.

Congress has yet to draft a new formula, but more than 361 bills across 47 states have been introduced this year by Republicans in state legislatures that would restrict voting and eliminate mail-in ballots — a key way millions of Americans voted during the pandemic in the 2020 elections.

Voting rights advocates have said these laws typically make it much more difficult for voters of color and residents of rural communities to get to the polls.

Butterfield said the testimony from the witnesses may be used as lawmakers work to update the formula.

“We cannot tolerate any voter suppression or voter discrimination,” he said.

Georgia enacted a high-profile new law that, among a host of provisions, prevents anyone except poll workers from handing out water to voters in line.

Marcia Johnson-Blanco, the co-director of the Voting Rights Project of the Lawyers Committee for Civil Rights Under Law, a nonprofit organization, said that the recent voting law in Georgia will have a disproportionate impact on voters of color, particularly Black voters.

“Bills such as the one passed in Georgia and similar laws passed across the country make clear the need for federal legislation to establish national standards,” she said.

Republicans on the panel largely criticized House Democrats for quickly passing an 800-page election and campaign finance reform bill, known as H. R. 1, earlier this year. The legislation is pending in the Senate, where the 50-50 split between parties likely will make passage much more difficult.

Rep. Bryan Steil, (R-Wis.), the ranking member on the House panel, argued that states should have the ability to implement their own election and voting laws.

“Each state has different election laws because each state is different,” he said.

Steil also said that H.R. 1 would not help build trust when it comes to the elections because it was not a bipartisan bill and was not marked up in committee. No Republicans voted in favor of the bill, which passed nearly along party lines in a 220 to 209 vote.

Kim Wyman, the state of Washington secretary of state, urged lawmakers to go slower on election reform and consult more with state officials who administer elections.

“Fast-tracking an 800-page bill written without meaningful input from state and local election experts is not the answer,” said Wyman, a Republican. 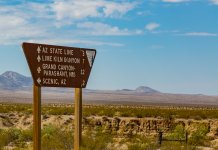 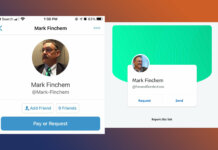