The Arizona Independent Redistricting Commission has selected five finalists to be its executive director and will conduct interviews at its next meeting.

The commission on Tuesday narrowed down the list of 43 applicants. The still anonymous finalists include veterans of state and county government who have worked for governors and attorneys general, as well as a former redistricting commission employee.

The identities of the applicants were kept confidential, as legal precedent only requires them to become public once they are selected as finalists. Chairwoman Erika Neuberg said the candidates will only be publicly identified after they’ve accepted the interview requests that the commission will extend, which she didn’t expect to happen until Wednesday.

Rather than identify them by name, the commissioners assigned numbers to each applicant so they could discuss the candidates’ strengths and weaknesses in an open meeting.

Two candidates received unanimous support from the five commissioners when the time came to vote on who to invite for interviews. The first, who was initially selected as a potential finalist by Neuberg, an independent, and Republican commissioners David Mehl and Doug York, has a background at a major state government agency

Mehl said he spoke with three people who know the applicant well and was told they have strong communication skills, work ethic and knowledge of state and open meeting law, while York said people he spoke with touted the candidate as a “people person” who could work well with people across party lines and build consensus.

“Overall, it looks like this person has a very strong background,” Mehl said.

Neuberg said the applicant seems like someone who will be able to “hit the ground running,” a criterion she mentioned with regards to several candidates.

The other unanimous choice, also originally identified as a potential finalist by Mehl, Neuberg and York, currently works in government. Mehl described the applicant as someone whom people describe as having great communication skills and has strong working relationships with people from both parties.

One of the main qualifications that the commissioners said they wanted from their executive director was extensive experience in government, while Neuberg repeatedly emphasized the need for someone who would be prepared on Day One to guide the commission.

“I just feel this person could jump in and get going pretty quickly,” Lerner said.

York joined Lerner, Neuberg and Watchman in voting to invite the applicant for an interview, but had some reservations based on the issues that faced the commission that drew the state’s current congressional and legislative districts in 2011, which was characterized by bitter acrimony and partisan infighting.

The other two finalists were both selected by 3-2 votes. One was described as having extensive experience in state government, including the Attorney General’s Office, which Watchman said would be useful to the AIRC. The other also has a lot of experience in government and administration, including with the legislature.

Mehl said the former legislative staffer, who started with the support of Lerner, Neuberg and Watchman, has a more partisan background than most of the applicants, but Neuberg said the AIRC shouldn’t shy away from shy away from candidates with partisan inclinations if they can transcend them and have good experience.

Each commissioner began the process by listing the candidates they thought would be good finalists, though they quickly adopted a practice of passing over anyone who wasn’t favored by at least two commissioners.

The potentially divisive selection of finalists went smoothly with no arguments or bickering, but the meeting wasn’t without drama, which came as the commissioners discussed how to approach the hiring of legal counsel.

The commissioners were preparing to go into a closed-door executive session to discuss whether to use the State Procurement Office and its procedures to select legal counsel or whether to act independently using the list of law firms that currently contract with the state.

The procurement office is part of the Arizona Department of Administration, and its director, Andy Tobin, objected to his agency’s staff participating in the executive session if his agency’s in-house legal counsel couldn’t also take part. An assistant attorney general who is assigned to ADOA was invited to participate, but the Attorney General’s Office said Tobin’s counsel couldn’t attend because state law limits executive sessions to personnel who are “reasonably necessary” for a public body to carry its duties in a closed-door setting. The Attorney General’s Office told the commission that the presence of ADOA’s attorney would violate the state’s open meeting laws, and that it would therefore refuse to join the executive session if she were allowed to take part.

The commission opted to follow the advice of the Attorney General’s Office, which prompted Tobin to bar his staff from the executive session, saying he didn’t feel comfortable with them not having their own counsel. ADOA is providing staff and administrative support until the commission hires its own employees, as the Attorney General’s Office is doing until legal counsel is selected.

“My general counsel, who I rely on to assist me and my staff who attends all of these meetings … is our chief general counsel, and that’s who I use for my legal advice. And that’s why I don’t go into these things without her. Using the attorney general’s review that suggests that I don’t have general counsel at all is absurd,” Tobin said. 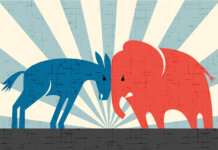