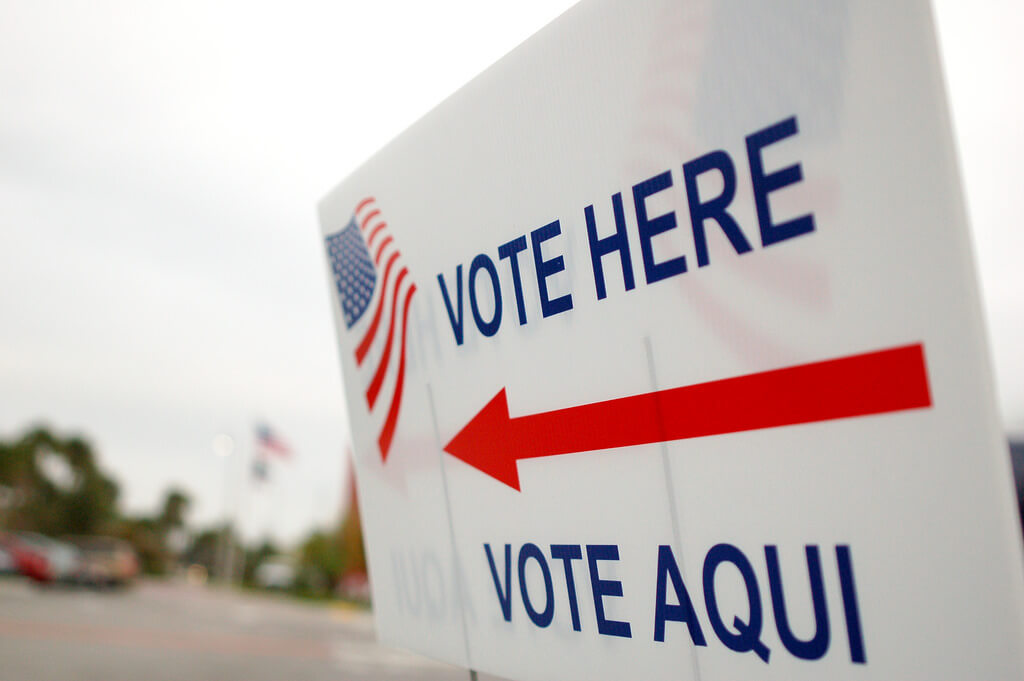 Republicans called it an “integrity bill,” one would increase transparency and stop “voter registration fraud” and incompetent people who don’t fill out voter registration forms correctly, while Democrats called it a solution in search of a problem, one grounded on a conspiracy that will result in less people being engaged in registering people to vote.

The proposal, House Bill 2373 — introduced by Rep. Tim Dunn, R-Yuma — would require every person and group that registers people to vote to get a unique identifier number from the county recorder if they submit more than 25 voter registration forms in a calendar year. The groups or people then have to place their unique identification numbers on every voter registration form they submit.

The bill cleared the House Government and Elections Committee Feb. 17 on a party-line vote, with Republicans in favor and Democrats opposed.

Groups that for years have helped thousands of people to register to vote like the League of Women Voters, Sierra Club and Living United for Change in Arizona told lawmakers they opposed HB2373.

“This is a very clear attack on the voter registration groups that have come together since SB1070 to completely change the State of Arizona for the better by bringing hundreds of thousands of new voters of color to the table, empowering them, walking them through the process … and making sure they actually have a voice,” said Randy Perez of LUCHA. “We’ve increased turnout among the Latino electorate by double while expanding the electorate. This is very clearly targeted at the work that we do every day.”

But Dunn said his measure is about helping county recorders track groups who are turning in voter registration forms that are filled out incorrectly, not stopping people from registering others to vote.

He said the legislation was born out of anecdotes from Yuma County Recorder Robyn Stallworth Pouquette.

Pouquette, a Republican, told the Arizona Mirror that in the 2016 and 2018 election cycles her office saw several problematic cases of voter registrations forms submitted with mistakes — like with a P.O. Box instead of a physical address listed, with addresses numbers transposed — or situations where residents reported the person who assisted them had prefilled parts of the registration form. A bill like HB2373 would allow her office to have a line of communication with people assisting residents with registering to vote to address incomplete forms or mistakes, and share best practices.

She pushed back on the notion that HB2373 disenfranchises voters.

“I take offense to any opinion by anyone that would suggest this type of thing would discourage people from registering people to vote. I think it allows the individual and the voters that could be registering to have a secure way to communicate with the office that is responsible in a fiduciary capacity to manage and maintain the voter registration rolls,” Pouquette said. “It’s unfortunate that any individual in the state of Arizona would believe that the important work of voter registration is to be done in a way that does not provide voters the best, most accurate and secure information every time they are filling out forms. Because if we see an issue with a form, or concern, we would know which person to contact to give them the correct information.”

Besides Pouquette, 12 other county recorders support HB2373, according to Jen Marson, executive director of the Arizona Association of Counties, which represents the state’s 15 counties. Maricopa County was neutral on the bill, while Pima County opposed it.

“This provides a level of accountability in the event that any negative patterns emerge on voter registration forms,” she said. “If an issue is identified, we would alert the organization so they could then address those issues internally, with support from our office, if needed.”

Cázares-Kelly said she understands the support among her counterparts in other counties for HB2373, but is opposed to it because she thinks it sends a negative message to community groups engaged in voter registration.

During the committee’s debate of the bill, Rep. Jake Hoffman, R-Queen Creek, said it is about transparency and about avoiding fraudulent activity.

“This bill is clearly and explicitly tailored against people who are fraudulently registering people,” he said.

Rep. John Kavanagh, R-Fountain Hills, said HB2373 addresses voter disenfranchisement because it provides an opportunity for recorders to identify people that, through their incompetence, submitted an incorrect form, leaving the resident off the voter rolls as a result.

But Rep. Athena Salman, D-Tempe, said the legislation is a proposal based on the false idea that there is massive voter registration fraud.

“This bill is…. it is grounded by the conspiracy that has not been able to be proven. There’s never been any evidence of that,” she said.