Maybe if Doug Ducey had donned a brown hooded robe or grown a trim white beard, his Obi Wan Kenobi impression would have worked and the Jedi mind trick he tried to pull off Monday would have been successful.

Instead, the governor’s declarations that all was fine in Arizona and there is nothing more to be done about COVID-19 only highlighted the fact that everything isn’t fine and there is so much more that could be done — and that Ducey’s goal has always been first and foremost to avoid alienating political allies and not to ensure the health and safety of Arizonans.

Speaking to lawmakers via live-stream from his office because there was no safe way for 90 lawmakers and the governor to gather in the same room because the pandemic is spiraling out of control, Ducey correctly said that “the pandemic remains the most significant threat we face, and it will require vigilant attention for months to come.”

Then he turned to defending his record on the pandemic.

Let’s review that record, shall we? As he spoke, there had been 627,000 confirmed cases and 10,147 deaths. Way back in March, Ducey was slow to act and foolishly barred cities from requiring masks in public, but ultimately made the courageous decision to close down wide swaths of the state to “flatten the curve.” But then he opened too soon — cowering before a potential revolt of legislative Republicans and right before Donald Trump was set to come to town, naturally — and we saw a spike of cases in short order.

Weeks after caseloads and deaths began skyrocketing, and after weeks of hand-waving away the examples of irresponsible behavior as mere outliers, the governor issued limited new economic restrictions and allowed cities to issue mask mandates, having no stomach to take such a commonsense action himself. The caseloads and deaths fell quickly, bottoming out in September.

With that, Ducey’s weekly COVID media briefings on the pandemic were replaced by barely viewed weekly COVID update videos from the state’s public health director, and the public’s attention waned. Slight caseload increases in October turned into large increases in November and then exploded in December and into this month. Arizona has more COVID cases per 100,000 people than anywhere else in the nation.

Yet Ducey declared perfection in his handling of the pandemic.

Other states have imposed much stricter lockdowns, and health officials here have called for Ducey to do the same — calls he has rejected. After all, he said Monday, those restrictions didn’t work.

“They’re still dealing with the worst of it. Just as we are,” he said, hoping no one would notice that Arizona is now a global hotspot for COVID cases.

Maybe he should tell that to the 700 families that lost a loved one in mid-December. Or the 700 that lost a family member the week of Christmas. Or the 700 whose grandmother or father or uncle or brother didn’t survive the final week of 2020. No doubt they’d feel thankful that their family got a little bit smaller so that Arizonans can still eat chips and salsa in a half-filled restaurant.

But such things don’t trouble our would-be Jedi master, and he wants you to know that he has no regrets.

“The critics can say what they want, but the path I’ve outlined is the right path for Arizona,” he boasted.

It’s truly chilling to imagine a path any worse. Our hospitals continue to stare down the prospect of running out of beds as the numbers of COVID patients steadily climbs. It’s a near certainty that care will have to be rationed: That boogeyman of the anti-Obmacare hysteria will come to fruition because this pandemic has so thoroughly been mismanaged. Our cases per 100,000 people now are 2.5 times what they were in July.

The reality is that Ducey made the decisions he did because he doesn’t have the stomach to challenge the COVID deniers in his own party, from Trump on down. Whenever the situation has called for a full measure, he’s responded with a half-measure, hoping to walk the line between those who recognize the deathly seriousness of the pandemic and those in his party who can’t or won’t take it seriously.

True leadership doesn’t try to please everyone or cower in the face of criticism. This pandemic demanded that kind of leadership. Instead, we got Doug Ducey. 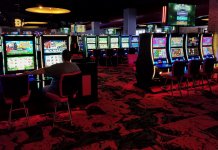