The presidency of Donald J. Trump must end now.

For the past four years, Trump has spent much of his time spreading conspiracy theories and tens of thousands of false statements and outright lies.

Among the most heinous of his deceits, Trump’s repeated claim early in the pandemic that COVID-19 was no more harmful than the flu, even though he knew as early as last February that the virus was far more deadly.

Now, more than 366,000 Americans and counting have been killed by COVID-19, thanks in great part to the president’s willful negligence and compulsive duplicity. Trump knew how deadly it was, but instead of doing everything humanly possible to slow its spread, he downplayed the danger because he feared the economic consequences caused by containing the virus would harm his re-election chances.

Yet, Trump’s abhorrent lie about COVID-19 and its consequences were based on an even more profound deceit: the fiction that this president has ever given a damn about anything but himself and a personal lust for power and wealth.

When Trump took the oath of office on Jan. 20, 2017, he swore on a Bible once owned by Abraham Lincoln to “preserve, protect and defend the Constitution of the United States.”

The president has failed miserably to live up to that oath, but never so blatantly as he did on Wednesday when he urged tens of thousands of supporters to march on the U.S. Capitol to reject the results of the November election.

In a rambling 70-minute speech, Trump repeated the baseless claim that the presidential election was stolen from him, even going so far as to allege his political opponents had “used the pandemic as a way of defrauding the people in a proper election.”

(Editor’s note: Trump did not walk down to the Capitol, and instead returned to the safety of the White House while the mob he whipped into a frenzy stormed the Capitol and endangered every member of Congress and the staff in that building.)

With the White House as his backdrop, Trump told the ralliers, thousands of whom would soon become rioters, “We have come to demand that Congress do the right thing,” by which he meant House and Senate members should discount the November election results and make him president for the next four years.

Congress, of course, doesn’t have the constitutional authority to overturn an election, but the facts have never mattered to Trump, who closed his speech by declaring, “Today is not the end. It’s just the beginning.”

What Trump implored his followers to commit this week is called a coup d’état, a federal crime and the act of a traitor.

A few hours later, Trump’s insurrectionists, some of them armed and carrying zip-tie handcuffs to take hostages, stormed the Capitol, ransacking lawmakers’ offices, smashing windows, and vandalizing the House and Senate chambers along the way.

Congress had convened to formally record the already certified lists of electors, the final administrative step in confirming the outcome of the election. But the rioters’ violent assault on the building forced the lawmakers to flee and temporarily halted the count.

By day’s end, four people were dead, including a woman who was shot. Police later reported finding two bombs in the Capitol. On Thursday, Capitol Police announced that one of its officers died after a rioter crushed his skull with a fire extinguisher.

What happened in our nation’s Capitol building this week was nothing less than an act of domestic terrorism, and the perpetrators must all be prosecuted and punished accordingly.

President-elect Joe Biden characterized the rioters as insurrectionists and the attack they mounted as an act of sedition. He’s right.

President Trump, along with every Republican who has backed up his lies for the past four years — but especially those regarding this year’s election — should be condemned for abetting the rioters behavior.

Incredibly, however, even after the rioters’ attack on the Capitol, dozens of Republican lawmakers demanded that Trump’s allegations of mass election fraud be formally investigated. But here’s the thing: Those allegations have been thoroughly investigated since the election, in some cases repeatedly, and found to be baseless.

Obviously, the chaos of the Trump presidency isn’t quite over. He still has time to do much more damage.

That’s why it’s time for the Republican leaders who helped create this monster to protect the nation from the potential of an even greater catastrophe by demanding that the president resign.

He’s unlikely to comply, but Republicans and our political leaders as a whole must make clear that the president’s repeated and blatant disregard for the rule of law and our constitutional principles will not be tolerated.

Trump’s attempted coup must be stopped.

How much more damage will Trump do before leaving office? There’s no way of knowing, but I’m hardly alone in my belief that the man is capable of doing anything he can to remain in power.

If Republican leaders have a shred of dignity left, they must do the right thing and demand the president’s immediate resignation.

Trump’s presidency must end before it’s too late. 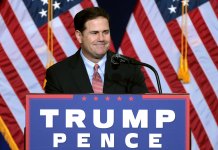 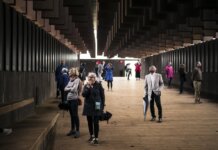 How do we resolve humanity’s perennial sin?

Trump must resign now to spare America any more damage