WASHINGTON — A deal on a coronavirus relief package finally emerged on Sunday night, after members of Congress resolved a days-long impasse over a provision sought by U.S. Sen. Pat Toomey of Pennsylvania to ensure that several temporary Federal Reserve lending programs will end this year.

Working through that disagreement over the Fed was a key final piece to hammering out what’s expected to be a $900 billion aid bill, which would be the first major pandemic relief measure to reach the president’s desk since March.

The Fed provision is just one piece of the massive bill that’s expected to include a $600 direct payment to Americans who received a check earlier this year; $300 a week in emergency unemployment benefits; an extension of eviction protections; the suspension of student loan payments; additional loans for small businesses; and added funding for food assistance, child care support and coronavirus testing centers and vaccine distribution.

The text of the bill was not yet available on Sunday night and a final vote is not expected until Monday at the earliest. According to Democratic leaders, it also will include an end to so-called surprise billing for emergency and scheduled health care; $25 billion in rental assistance for struggling families; an enhanced tax credit for low income housing; $82 billion for K-12 schools and higher education; an expansion of Pell Grants for low-income college students; and $7 billion to increase access to broadband.

To give themselves more time to finish up the massive relief measure, which would be paired up with funding for the government for fiscal 2021, the House and Senate were set to vote late Sunday night on another stopgap spending bill that would prevent a government shutdown, this one running through Monday.

“We have now reached agreement on a bill that will crush the virus and put money in the pockets of working families who are struggling,” House Speaker Nancy Pelosi (D-Calif.) and Senate Minority Leader Chuck Schumer (D-N.Y.) said in a statement Sunday night.

Senate Majority Leader Mitch McConnell (R-Ky.) tweeted that an agreement was at hand.

“As the American people continue battling the coronavirus this holiday season, they will not be on their own. Congress has just reached an agreement. We will pass another rescue package ASAP. More help is on the way,” tweeted McConnell.

Negotiators in the Democratic-controlled House and Republican-controlled Senate had appeared close to a deal late last week. But those talks stretched on, with the disagreement over Toomey’s Federal Reserve provision cited as a final sticking point.

Toomey, a Republican who was involved in crafting the CARES Act, said the legislation approved in the spring allowed the Fed to create several temporary credit facilities because the financial markets were in danger of freezing up at the height of the economic crisis. Those programs were intended to be temporary and not a long-term expansion of the Fed’s authority, he added.

But Democrats viewed the language he sought as too broad, and potentially too much of a restriction on the Fed’s power. That led to days of negotiations, and forced Congress to approve another short-term spending bill late Friday as lawmakers scrambled to save the aid package. That stopgap would expire at midnight Sunday.

Toomey said Sunday morning that the final language was still being drafted, but was narrowed to clarify the programs that would end this year.

“The Democrats made a fair point. That was too broad. And that might have captured facilities that we didn’t intend to capture,” Toomey told reporters. “So yes, it was narrowed down.”

Negotiators were unable to resolve disagreements on two contentious provisions: additional aid to state and local governments, which was sought by Democrats, and a GOP-backed proposal to protect employers from COVID-19-related lawsuits by workers who get sick. Both were dropped.

“We are disappointed that Republicans have refused to recognize the need to honor our heroic frontline workers by supporting robust funding for state and local governments. State and local governments need much more funding to prevent senseless layoffs and critical service cuts. The agreement does provide some new targeted funds for government functions that will help ease their budget burdens,” Pelosi sand Schumer said.

President Donald Trump, who has largely been absent from the negotiations, tweeted late Saturday night, urging Congress to “GET IT DONE, and give (Americans) more money in direct payments.” 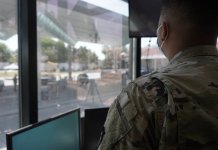