We have both run for office in Arizona multiple times at the local and state levels. We have both been in close elections and it hasn’t always worked out in our favor. But the vote count was reached with integrity and a commitment that every Arizona ballot was counted.

Across fifteen counties, our elections officials have made Arizona a model for election transparency, efficiency, and scrupulous fairness. We have never had more faith in our Arizona elections than we have today.

However, we must remain vigilant in the face of those who, without factual basis, challenge the vote counting process. This happened recently in Pima County when the certification of the election results, a process which has always been a formality and a traditionally unanimous vote, became a partisan spectacle.

The kind of raw partisanship shown before the Pima Board of Supervisors has no place in Arizona. Why? Because our vote counting process has been tested over many years and we can take pride that it has always been proven to be fair, transparent and non-partisan. No one has the right to attack the vote counting process just because they don’t like the result.

And, this year we have no reason to doubt the results! Our election officials capably handled record numbers of voters in the midst of a pandemic, an economic crisis and bitter partisan division to make sure that each and every Arizona vote was counted.

Those attacking the vote tally have provided no evidence of fraud or mistake. Arizona voters did their job and our elections officials did theirs — even to the point that Democratic Maricopa County Recorder Adrian Fontes counted the votes that led to his defeat. The Fontes example all by itself is an effective rebuttal to claims of fraud.

In the United States, elections and the peaceful transfer of power that comes with them are the very core of our democracy. Even in times of great crisis, amid the Civil War, the Great Depression, and both World Wars we held elections. Nothing so far has stopped us from counting every vote accurately and impartially. 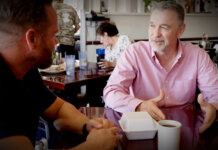