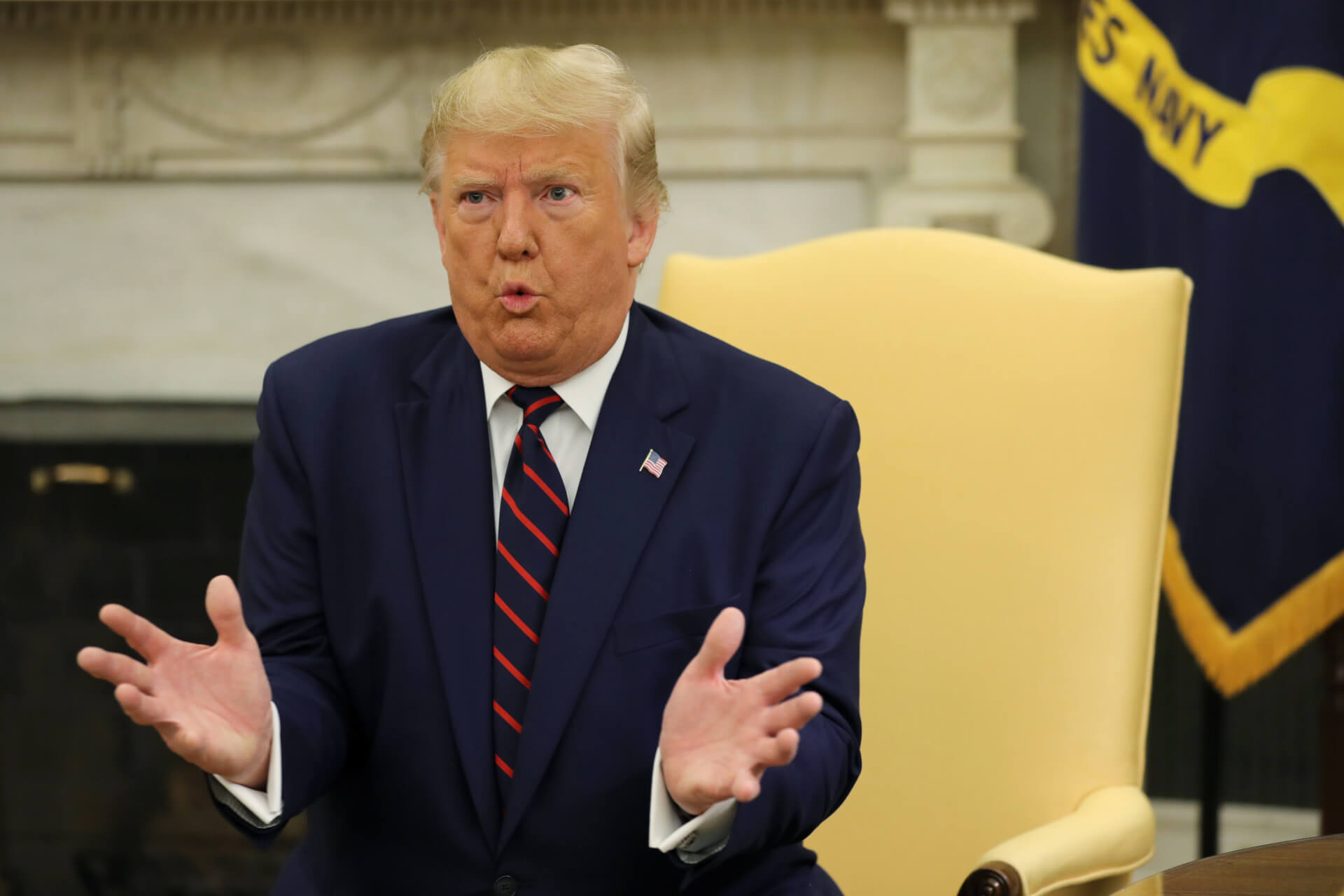 President Toddler’s post-election tantrum-slash-adventure — a third-rate legal team flooding the courts with fourth-rate filings, with a few feeble attempts to intimidate local election officials tossed in for effect — is going nowhere fast. Or it would be going nowhere fast if it was fast, but almost three weeks after the election, it’s more accurate to say it’s ambling nowhere at medium speed.

Across the border from Trumpworld, outrage is everywhere: The lies being told! The norms being violated! The ballots being undermined! The existential threat to democracy! Some would have us believe this is the worst thing Trump has done. It’s not, in good measure because it is so thoroughly feckless, though I suppose if he actually succeeded in talking a few GOP state house yahoos into literally ignoring an election that just took place under their noses then it might be a finalist.

From where I sit, the most annoying thing about Trump’s shenanigans is not they threaten to erode democracy, but that they succeed — like so much of the last four years of mayhem — at eroding rationality. The principal offense here isn’t creeping (or stomping) tyranny, it’s just garden-variety stupidity.

I realize from reading (way too much) blue Twitter that the political moment’s appropriate emotional stew blends alarm and apprehension into a bubbling cauldron of anxiety about the future of the republic. But to be honest I don’t find the Trump and Rudy show to be alarming so much as just insulting. It’s insulting that a coordinated effort to challenge an election can be so mind-numbingly incoherent in design and execution. It’s insulting that Trump’s GOP sycophants can be so astonishingly craven as to marshal their silence to help this clown car gather speed. And it’s insulting that some substantially nonzero number of adult human non-intoxicated citizens, after glancing at said clown car rolling downhill, actually draw the inference that the election ain’t over.

Let me state for the record I have received the memo informing us that, under the radiant azure skies of Bidenland, we are commanded to treat those who preferred the other guy with dignity and respect, as we seek to heal a divided nation and bridge our differences into a shared glorious future. A cynic might observe that this is a polite way of saying Dems need to win over a healthy share of these goobers to avoid further losses down ballot in 2022. (Good thing I’m not one of those.)

If you vote for the other guy with your eyes wide open and you know what you are getting, you earn respect. But active enablers and silent assenters who have been playing along have forfeited any respect we might have left for their political choices.

But here’s the thing. I am more than happy (seriously) to celebrate the dignity and autonomy of my many fellow citizens who believe that an ignorant bigot septuagenarian who neither understands nor wants to do the job he has would be better for the country than a more-or-less coherent but not overly articulate septuagenarian with experience who seems like he might want the gig (for a while anyway). If your eyes are open and you know what you are getting, then your choice, whatever its merits on other criteria, has value and earns respect.

But we should draw the line at sheer stupidity and delusion. If you hear one of Trump’s abecedarian lawyers say into a microphone, as one did last Thursday, that Trump “won by a landslide” and you think, “Well maybe that’s possible it’s why we need to count all the votes by that I mean the legal votes and anyway who are these TV networks to be calling the race nobody elected them king,” well then, I’m sorry, reconciliation be damned, you are stupid and delusional.

Most of the hand-wringing attention to the election aftermath has been about how it undermines democracy. Granted, if Trump and his henchpeople were to actually succeed in their efforts to corrupt the outcome that is what’s at stake. But even if it doesn’t — and it won’t — by getting as far as it has it already has succeeded in throwing a new log on the fire of science denial.

Yes, science. When newsroom decision desks “call” election races and “project” winners, they aren’t back there quaffing brew pops and throwing darts. They use the same techniques and methods of probability, statistical analysis and multivariate modeling that underpin just about every empirical enterprise on the planet in the social and natural sciences.

Denying the findings of climate science, rejecting the contagion of a respiratory virus, ignoring mountains of evidence for evolution, refusing to accept clear statistical inferences about an election outcome — these are all related branches in the big happy family tree of ignorance. The political circus we’ve been gawking at since Nov. 3 may carry a threat to offend democracy, but it already and without question deeply wounded our collective intelligence.

Active enablers and silent assenters who have been playing along have forfeited any respect we might have left for their political choices. They may imagine they are exhibiting virtues of loyalty, fidelity, consistency, or strategy. Turns out it’s mainly just run-of-the-mill stupidity — not much of a virtue, but, hey, if the shoe fits.

This column was originally published by the Tennessee Lookout on Nov. 23, 2020, with the headline “The End of Stupid?”

U.S. House votes to again impeach Trump, as a ‘clear and present danger’