Wealthy Arizonans may face a higher marginal tax rate to increase education spending by nearly $1 billion a year if the Invest in Ed ballot measure hangs onto its small lead when all ballots are counted.

Proposition 208, also known as the Invest in Ed initiative, is the second attempt by education advocates to use a tax increase to boost funding for public schools. In 2018, a similar measure was removed from the ballot after the Arizona Supreme Court determined that a description of the ballot proposal shared with voters when they signed petitions was misleading.

“I think what made the difference is we learned from the Supreme Court decision and we came back with a proposal that could withstand any sort of legal challenge,” David Lujan, director of the Arizona Center for Economic Progress and one of the groups behind the proposition said to the Arizona Mirror.

The measure holds an early lead, with 53% of voters favoring it with roughly 75% of ballots tallied. The biggest difference between the 2020 proposal and the one from two years ago is that it simply applies a surcharge on the marginal income for the wealthiest Arizonans instead of creating a new tax bracket for higher earners.

“We’re thrilled, we think this is a great victory for Arizona public schools and for Arizona’s economy,” Lujan said, adding that they thought that the measure in 2018 would have passed if it had been on the ballot.

It is estimated to raise $940 million for K-12 public schools, $235 million of which would be devoted to increasing wages for support staff such as classroom aides, security, cafeteria workers and bus drivers.

The rest of the money would be divided to fund career training, mentoring for new teachers and university programs to train new teachers.

Lujan said that the tax, which will go into effect on Jan. 1, will take some time to gather the funds but schools can begin to plan knowing that “help is on the way.”

The Arizona Chamber of Commerce and Industry led the charge against the measure, as it had done in the past.

“We’re concerned that nearly doubling the state income tax makes recovering from the pandemic even harder,” Garrick Taylor, spokesman for the no campaign said. Taylor said the move will make Arizona less competitive with other states, citing how voters in Illinois rejected a similar measure and voters in Colorado voted to lower their state’s income tax.

“This is going to be a huge victory for Arizona’s workforce and for Arizona’s economy, especially during the COVID economy,” Lujan said. 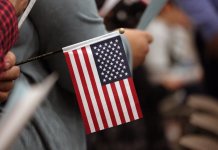 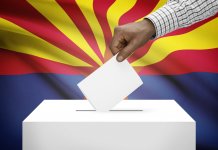