Last week, after another day of balancing working from home and the needs of my three children, I closed my computer and told them that we could finally go outside. They were clamoring to play, but just as they ran out, I checked the local air quality on my phone, which has become a habit, and it had worsened. It had become unhealthy, and I had to tell my kids to come back inside to protect their developing lungs. In our family, we have to do all we can to avoid the wheezing that results if my six-year-old daughter breathes in too much pollution.

I grew up outdoors, exploring for hours on end. That freedom to roam outside defined my childhood. My mother always told me fresh air was good for my body and mind, and I believed her.  But as more smoke pollutes our air from wildfires raging in the West, my family has had to live by a new rulebook. And it’s one that is breaking our hearts.

The wildfire smoke adds insult to existing injury. Maricopa County has some of the worst air quality in the nation and earned another “F” rating this year from the American Lung Association. Smog is especially bad here. It’s a powerful irritant that can cause potentially dangerous inflammation in the lungs, especially for people with asthma or other respiratory diseases.

But it doesn’t have to be this way. Dirty air is preventable.

We are in the midst of a global respiratory pandemic that disproportionately impacts Latinos like myself. That’s why I’m so frustrated that in July of this year,  during one of the hottest summers on record, the U.S. Environmental Protection Agency (EPA) chose not to tighten the health standards for smog pollution after holding only a very brief public comment period. The EPA declined to protect our health from smog, despite strong evidence showing significant health harm at levels below the current standards. Sadly, this is just another example of EPA Administrator Andrew Wheeler sidelining science, ignoring environmental injustice, and stifling public participation in the rulemaking process.

Along with my fellow EcoMadres, like-minded Latina moms who advocate for our children’s health, I signed up to testify at a hastily-scheduled EPA virtual public hearing on the standards. I talked about how smog pollution had triggered in my daughter such severe asthma symptoms that we had to move our family from what seemed like the perfect neighborhood — except for its air quality. When we learned that our neighborhood had particularly high air pollution levels and that, according to our pediatrician, playing outside was actually harming my daughter’s health, we moved to a location less convenient to our lives, but where my kids can play outside without as much fear for polluted air. But that was before the wildfires.

Many of my fellow EcoMadres are not able to pick up and move. Too many Latino families I know are facing impossible choices — like choosing between using the air conditioning, paying the rent or buying food. This is environmental injustice, because no one should have to make these decisions, especially as climate change-fueled wildfires across the West threaten to send toxic wildfire smoke our way.

I’ve seen firsthand the devastating impacts of climate change on our air quality here in Phoenix. Whether it’s rising temperatures resulting in more intense and frequent wildfires or the formation of more ground-level ozone and smog pollution, these impacts are here and now. This is not a time for the EPA to be abdicating its responsibilities.

The EPA is the agency responsible for protecting our communities by keeping harmful levels of pollution from our air and water. But the Trump administration has waged a four-year war on our clean air health standards with at least 27 rollbacks to clean air standards, 19 of which have already been finalized. These rollbacks will mean more smog, mercury and other pollutants in the air, and more carbon and methane pollution that exacerbates climate change.

This year marks the 50th anniversary of the Clean Air Act, a landmark piece of legislation that forced dirty industries to clean up some of their most toxic and harmful air emissions. It is credited with significantly reducing serious respiratory illnesses and thousands of premature deaths, and has helped make communities across Arizona and around the country healthier and more vibrant. We need to defend the Clean Air Act and demand that its health and climate protections be enforced and strengthened.

As a mother, I need to protect my children’s health and future, and I can’t ignore the climate chaos I see all around me. I implore all mothers and fathers to do the same and educate yourselves on which candidates understand the need to protect clean air and address the climate crisis.  Your vote is your voice; use it wisely. 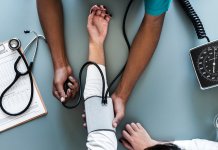 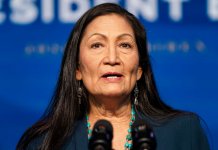 Maricopa County’s air quality is awful. It doesn’t have to be that way.