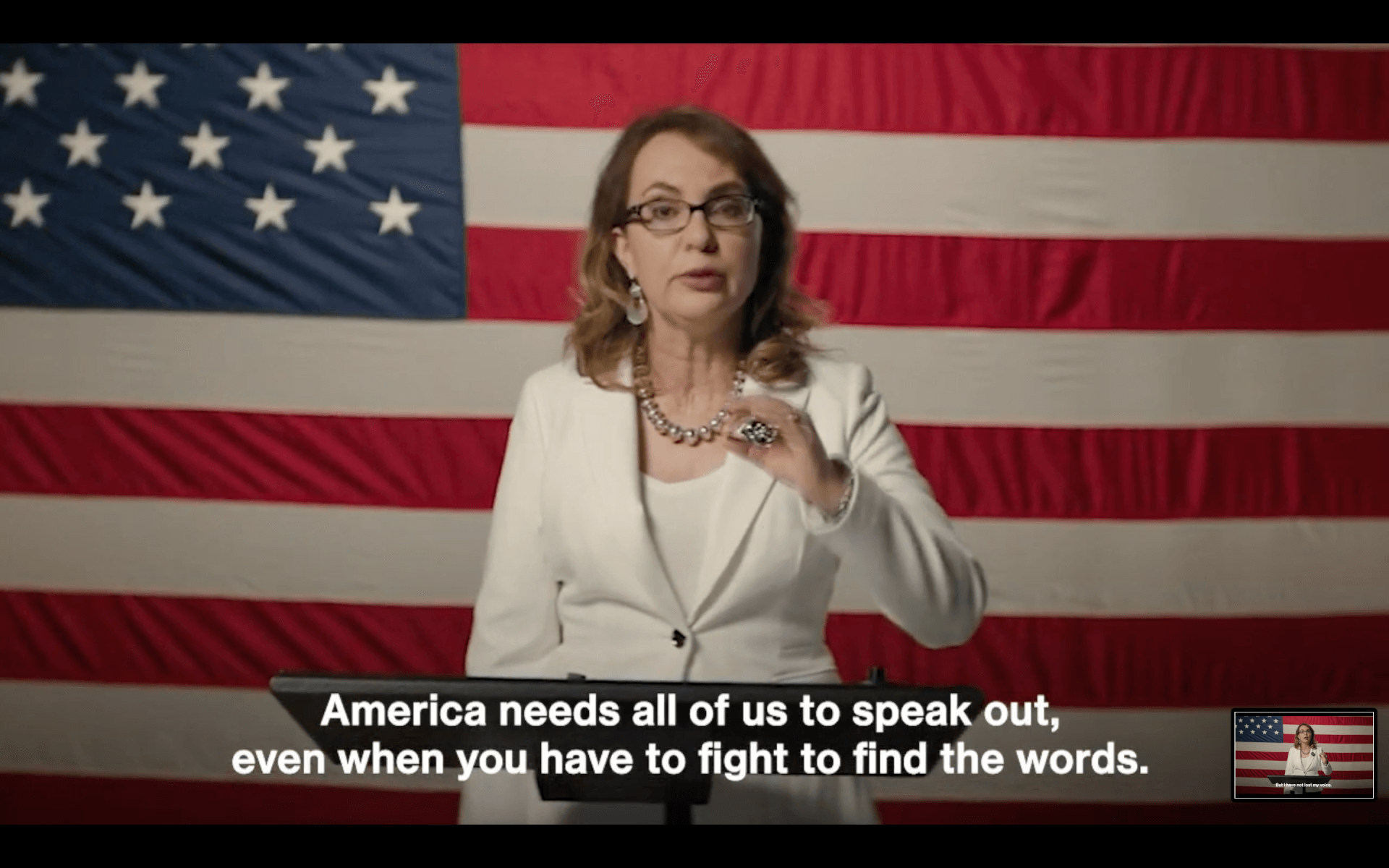 Former U.S. Rep. Gabrielle Giffords opened the third night of the Democratic National Convention on Wednesday, recounting her recovery from a gunshot wound to the head and her embrace of activism on gun violence policy.

Giffords appeared in a pre-taped video that included images of her long, painful rehabilitation from the 2011 assassination attempt. The segment showed her in a hospital bed shortly after the shooting, and then limping, practicing her speech and playing the French horn in the present day.

In her remarks, she said the assault led to her work against gun violence.

“I’ve known the darkest of days, days of pain and uncertain recovery. But confronted by despair, I’ve summoned hope,” she said. “My recovery is a daily fight, but fighting makes me stronger. Words once came easily; today I struggle with speech. But I have not lost my voice.”

In a tweet following her appearance, Giffords’s husband, astronaut and Democratic U.S. Senate candidate Mark Kelly, said it was the longest speech Giffords has given since the attack.

.@GabbyGiffords is one of the toughest people I know. She’s fought so hard for her recovery and to regain her speech. And tonight, she gave her longest speech since she was shot nearly 10 years ago. She reminds me every day to never give up. https://t.co/9BhyTQhbSw

Giffords urged viewers to speak out against gun violence and to vote for Democratic presidential nominee Joe Biden, framing the election as a crossroads where voters could elect to stop gun violence.

The Democratic platform calls for universal background checks, ending online sales of guns and ammunition, banning assault-style weapons and high-capacity magazines, and incentivizing states to enact laws that make it easier for law enforcement to temporarily remove guns from people they deem dangerous.

Giffords’s video was preceded by a clip of Biden promising to “never give up this fight” against gun violence.

In a statement, Shannon Watts, founder of the gun control group Moms Demand Action, called Giffords “a hero and an inspiration” and said her appearance was evidence that gun control has become a major campaign issue.

The convention’s third night included more appeals to policy than the first two. In addition to the guns segment, speakers addressed climate change and immigration.

Giffords was first elected to Congress in 2006 and retired in 2012 following the assassination attempt in Tucson and became an advocate for tougher gun laws. She founded her own anti-gun group in 2016.

Kelly is challenging Republican U.S. Sen. Martha McSally. Kelly has led the race in fundraising and has generally held a solid lead over McSally in polling. National campaign analysis website Inside Elections rates the race as “tilt Democratic.” 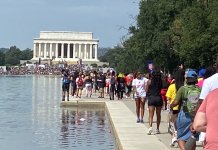 ‘I have not lost my voice’: Gabby Giffords at DNC convention calls for end to gun violence