The application process is now open for anyone hoping to serve on the next Independent Redistricting Commission, officially starting the process that will determine the boundaries of Arizona’s legislative and congressional districts for the next decade.

And with Republicans in firm control of the panel that vets those candidates, Democrats may find themselves on the opposite side of the redistricting process that they effectively controlled in 2011-12, much to the GOP’s consternation.

Applications for the redistricting commission’s five seats are due by Aug. 20. After that, the Commission on Appellate Court Appointments will narrow down the list to 25 candidates: 10 Democrats, 10 Republicans and 5 independents.

Under a system approved by voters in 2000, Arizona’s legislative and congressional districts are drawn by an independent commission, instead of by the legislature, which had controlled the process in Arizona since statehood. The independent commission cannot have more than two members of any political party, which traditionally results in a panel composed of two Democrats, two Republicans and one independent, who serves as chair.

The Democratic and Republican leaders of the Arizona Senate and House of Representatives each choose one commissioner. Those four commissioners choose a fifth, who serves as chair.

But the potential commissioners are limited to the applicants approved by the Commission on Appellate Court Appointments. And Democrats are concerned that Gov. Doug Ducey has stacked the appellate commission to ensure an outcome favorable to his Republican Party.

The Commission on Appellate Court Appointments, whose primary duty is vetting applicants for the Arizona Court of Appeals and Supreme Court, cannot be composed entirely of one party. The 15-member commission is made up of 5 attorneys and 10 non-attorneys, all chosen by the governor, with the State Bar of Arizona providing input on the attorney candidates. No more than 5 non-attorney and 3 attorney members can be from the same political party, which traditionally has led to a mix of Democrats and Republicans, with a smattering of independents, regardless of which party controls the governor’s office.

Ducey, however, has found a way to avoid putting even a single Democrat on the commission, dividing the seats between Republicans and independents, some of whom have strong ties to the GOP. For example, one independent member, Kathryn Townsend, is a former Republican precinct committeewoman. Another, Laura Ciscomani, is married to one of Ducey’s aides.

Democrats argue that Ducey’s exclusion of their party from the Commission on Appellate Court Appointments violates a provision of the Arizona Constitution requiring the governor to “endeavor to see that the commission reflects the diversity of Arizona’s population.” There are no Democratic members, despite 31% of Arizona’s registered voters being Democrats. And Democrats also pointed out that commission has only one non-white member, though about 45% of Arizonans are non-white.

Whether Democrats will do anything about this remains to be seen. With the appointment process exclusively in the hands of Ducey and the Republican-controlled Senate, which must conform his appointments to the appellate commission, their only option appears to be litigation.

Senate Minority Leader David Bradley, D-Tucson, said he hasn’t been involved in any discussions about filing a lawsuit to challenge the composition of the appellate commission. Normally. that would have been a major focus of Democratic lawmakers during the 2020 legislative session, he said, but the COVID-19 crisis pushed it to the background.

“The announcing of things may get us refocused on the issue, I guess. So, I wouldn’t count it out at this point,” Bradley said.

Sen. Martin Quezada, D-Glendale, who has been perhaps the most vocal critic of the governor’s exclusion of Democrats from the appellate commission, said there has been talk in the past of going to court over the panel’s makeup, and that now may be a good time to “re-energize those talks.”

“As far as I know, I don’t think there’s a specific plan … right now. But that doesn’t mean that couldn’t come together pretty quickly. And I think we should start having those conversations right away,” Quezada said.

Due to the four vacancies, Ducey could still add some Democrats to the appellate commission before it selects redistricting candidates. The governor can appoint new members without Senate confirmation, though they can only serve for a year without legislative approval, which would be more than enough time for any new members to participate in vetting candidates for the redistricting commission.

Patrick Ptak, a spokesman for the governor, said the Ducey administration is reviewing candidates for the vacancies and that the governor will be making appointments soon. He would not say if any of those appointments will be Democrats or people of color.

The Arizona Democratic Party left open the possibility of litigation if Ducey doesn’t appoint some Democrats to the commission.

“The governor has a number of diverse, qualified applicants from which to choose. If the composition of the commission is not adequately changed to meet statutory requirements, then further action may be warranted,” party spokesman Matt Grodsky said.

Earlier this year, Arizona Supreme Court Chief Justice Robert Brutinel approved a new rule on the appellate commission that would keep secret some information about applicants for the redistricting commission, a decision that was challenged by news organizations, advocacy groups and others. Under the rule, comments about redistricting applicants that are submitted to the appellate commission by third parties would be kept secret, as would the identity of the person making the comments.

Last week, Brutinel reversed course, updating the rule so that third-party comments about applicants can be released publicly, though the appellate panel can still keep a commenter’s identity secret for “good cause.” Brutinel also scrapped provisions allowing commissioners to keep their personal notes and procedural emails between members of the panel confidential, though commissioners will be permitted to discard their personal notes once they’re no longer needed.

If a Republican-dominated appellate commission, sans Democrats, vets candidates for the next Independent Redistricting Commission, it could ensure GOP-friendly legislative and congressional maps for the next decade.

The commission could ensure that candidates for the independent chair, who would serve as the all-important tiebreaker between the two Democrats and two Republicans, leans toward the GOP. A pro-Republican appellate commission could also force Democratic legislative leaders to choose from a list of Democratic candidates that they consider unacceptable.

Democrats know full well how important the independent chair can be. During the last redistricting process, Chairwoman Colleen Mathis regularly sided with the IRC’s two Democratic commissioners, leading to a series of 3-2 votes in which the two Republicans were regularly on the losing side. Even decisions on who to hire as the commission’s attorneys and mapping consultants were divisive and fell along partisan lines, with Mathis siding with her Democratic colleagues.

The power imbalance led Republican lawmakers and then-Gov. Jan Brewer to remove Mathis from the commission, though the Arizona Supreme Court ultimately reversed that impeachment.

Republicans have long alleged that the Democratic-controlled commission created districts — especially congressional districts — that favored Democrats. Most notable was the new 9th Congressional District, which initially appeared competitive on paper but has long favored Democrats. In the first election under the new maps, voters elected Kyrsten Sinema to represent CD9, setting the stage for her to become the first Democrat elected to the U.S. Senate from Arizona in nearly 30 years in 2018.

Due to its population growth over the past decade, Arizona is widely expected to gain a 10th congressional district following the 2020 Census.

The practical effects of Ducey’s control over the Commission on Appellate Court Appointments haven’t been limited to redistricting. After the commission declined to select then-Maricopa County Attorney Bill Montgomery, a longtime ally of the governor, as a finalist for an Arizona Supreme Court vacancy, Ducey replaced some of Montgomery’s opponents on the panel. With the replacement commissioners in place, the panel last year included Mongtomery on the list of finalists for the next vacancy on the high court, and Ducey selected him from among seven candidates for the seat.

Applicants for the Independent Redistricting Commission must have been registered under the same political party, or lack thereof for independents, for at least the past three years. They cannot have run for, been electected to or been appointed to any elective office except a school board for the preceding three years, a prohibition that extends to party precinct committeemen. Applicants also cannot have served as an officer for a political party or on a political candidate’s campaign committee during that period, and they cannot have been registered as a lobbyist during that time.

The application process is opening a bit earlier than it did 10 years ago. In 2010, the Commission on Appellate Court Appointments didn’t begin accepting redistricting applications until mid-September. 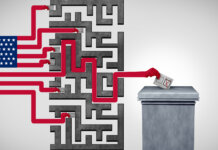