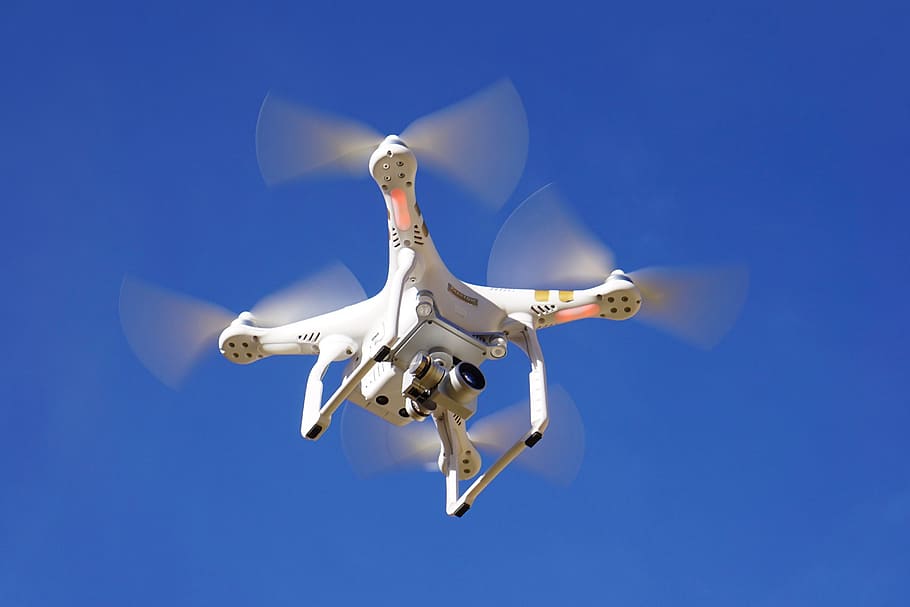 The Tempe Police Department recently released video from its DJI Phantom Pro 4 drone that it used to surveil protesters over the weekend, but the agency isn’t the only law enforcement in the state with the technology.

A review of Federal Aviation Administration records shows that nine different agencies in Maricopa County, including some fire departments, have drones at their disposal.

Only a few agencies have provided Arizona Mirror their guidelines on the use of drones, and public records requests for policy guidelines for most agencies are still outstanding.

The drones used by local law enforcement are not the kind most people may be familiar with. The word often conjures up images of the wars in the Middle East and Afghanistan, and the large Predator drone used by the United States Air Force.

Although Predator drones are used locally in the United States, most recently at the Arizona border and in Minneapolis by Customs and Border Patrol to support local law enforcement, they are not the type of drone used by local Arizona law enforcement.

The drones owned by law enforcement in Arizona, for the most part, are ones that some consumers can also own.

For example, the drone most likely used by the Tempe Police Department over the weekend is a DJI Phantom Pro 4 that costs roughly $1,600.

When Tempe Police was contacted by Vice News about the drone footage, the department said it did not know which type of drone was being flown. Tempe was likely flying the DJI Phantom Pro 4, which the Mirror found using the FAA’s aircraft registry search.

Tempe Police policy dictates that its drone “will not be deployed solely because people are choosing to exercise their right to free speech or their right to gather” and that “strong consideration must be given to a sUAS (small unmanned aerial system) deployment under these circumstances as it may agitate an otherwise law-abiding assembly of people.”

Tempe’s policy also says that the drone is to be utilized only for technical rescues, hazardous situations, scene analysis, flooding, mass casualty events, search and rescue, crime scene documentation, major event security, SWAT and tactical situations, and in any situation where there is an “active public safety concern.”

The Maricopa County Sheriff’s Office, which also has a drone program, was present at the protests, as well.

Tempe Police Department spends about $175,000 on its drone program.

Tempe only has one drone at its disposal, but some agencies, such as the Arizona Department of Public Safety, have whole fleets of drones with varying degrees of abilities.

The Mirror found FAA records for 17 drones owned by the “State of Arizona” bearing the address commonly used by DPS’s other aircraft.

The majority of them are made by DJI, a popular brand of drone by both enthusiasts and law enforcement alike.

Apart from the drones in DPS’s fleet that are commonly used by law enforcement, the department also has some more interesting ones, among them the DJI Spark and the Aeryon Labs Inc Skyranger.

The DJI Spark is a now discontinued drone that was touted as a “selfie drone” which was cheaper and smaller than most drones on the market. The drone can also be controlled with a cell phone. DPS did not respond to questions on how it uses the Spark.

The Aeryon Labs Inc Skyranger is noteworthy because it is capable of infrared technology.

FLIR, the leading manufacturer of infrared camera technology, acquired Aeryon in 2019, but it is unknown exactly what type of camera system is onboard the Skyranger that DPS owns.

A public records request filed with DPS in early March seeking its policy guidelines on drones is still outstanding.

“I can tell you that, in several cases, our drones are used in ongoing investigations,” DPS spokesman Bart Graves said. “Vehicular Crimes Unit will use the drones to look at the entire area of a collision scene.”

One agency did inform the Mirror that one of its does have a FLIR camera.

“The Scottsdale Police Department drone program began in 2015 with the purchase of a DJI Inspire 1 aircraft,” Sgt. A.J. George, with the department’s Technical Operations Unit, told the Mirror. “The intended purpose at the time was for tactical overwatch on search warrants, barricades or other high risk tactical operations.”

Scottsdale has four commercially available drones, one of which has a FLIR camera installed for “nighttime operations,” George said.

“We do not do surveillance or any other investigative duties with them absent exigent circumstances and with Chief of Police approval,” George said.

Although Scottsdale’s initial intended purpose was for tactical overwatch and search warrants, Scottsdale Police policy currently restricts drone usage for those purposes. However, Scottsdale Police did use a drone in 2017 during a standoff situation, according to a report by Azfamily.com.

The drone policies for the Peoria Police Department only allow the city’s drone to be used for search and rescue, to support criminal investigations, to conduct perimeter searches for felony suspects and for security for search warrant service.

“When Peoria PD utilizes sUAS there is usually several marked police vehicles on scene,” Sheffert added. “Any video or images utilized as evidence are stored in accordance with Department policy.”

The Salt River Police Department, which did not respond to requests for comment for this story, also has multiple drones.

***UPDATED: This story was updated to clarify that FAA records were only examined for governmental agencies located in Maricopa County. 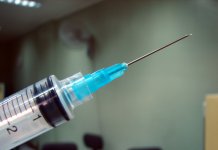 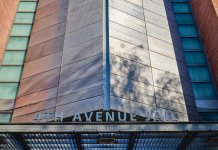