For weeks, state leaders have insisted they could not identify the names of long-term care facilities with COVID-19 outbreaks because doing so would violate patient privacy laws. This, despite the fact that other states release similar information.

But now our state has admitted there was another (and I’m guessing, more pressing) reason they’ve refused: It turns out that information could be bad for business. And in Arizona, the business interests of private entities outweigh the concerns of consumers, even during a public health crisis.

We shouldn’t be. This is, after all, what it means to run government like a business. Private industries take center stage. Profits take precedence over people.

But maybe now, during a pandemic, Arizonans will see the dangers in this type of philosophy. Maybe now they’ll see the importance of funding programs that benefit the common good.

Anti-government/run-it-like-a-business folks talk a lot about starving the beast. The beast is the government, and politicians starve it by refusing to invest in infrastructure and cutting agency budgets and staff. These cuts are supposed to create efficiencies, but starvation diets tend to have damaging side effects, especially when designed without regard to need or long-term considerations.

Look no further than the state’s Department of Economic Security as an example of such failed efficiencies. Payments to hundreds of thousands of out-of-work Arizonans were delayed by weeks and in some cases, months, because of outdated computer systems and technology.

Some Arizona parents even had their federal unemployment aid erroneously withheld or reduced.

Legislators knew about the aging systems – a common problem among state agencies – yet year after year, even during a period of economic expansion and increased revenues, they failed to approve funding for necessary upgrades. Now, economists fear the delayed payments were too little, too late and point to another byproduct of Arizona’s starvation diet: the worst unemployment benefits in the nation.

Some of Arizona’s legislators are back at the Capitol this week and have promised to work on legislation that deals specifically with COVID-19. Unfortunately, Republican legislators aren’t detailing plans to boost unemployment benefits or help the countless Arizona families struggling to make ends meet.

Instead, they’re working with business groups to make it much more difficult for customers and employees to hold a business liable if it fails to take necessary precautions to prevent the spread of the coronavirus. Once again, business needs supersede the concerns of consumers and employees.

The state’s flat-footed response to testing, tracing and reporting in the early days of the COVID-19 crisis can also be attributed to “efficiencies.” Like so many other state agencies, staffing levels were already deemed inadequate at the Arizona Department of Health Services, and one person – Dr. Cara Christ – was in charge of both DES and ADHS, arguably the two most important agencies during that time.

A crisis of unpreparedness will continue to haunt this state when our children go back to school later this year. Administrators will be tasked with finding ways to shrink class sizes and maintain social distancing among students and staff. That will be quite the challenge, considering one-fourth of our classrooms are already missing teachers.

Here again, we see the negative implications of favoring private entities at the expense of public institutions. Not a single penny should have been diverted from public schools after billions of dollars in cuts were made during the last recession. Yet, that’s exactly what happened: Gov. Doug Ducey and Republican legislators were focused on expanding taxpayer-funded vouchers, while teachers and parents were pleading for a restoration of the cuts made to public schools.

Our state functions like the worst of today’s multi-billion-dollar corporations, with grave inequities between those at the very top and everyone else. Wealthy special interests continue to receive the blessings of tax cuts and credits while those at the mercy of a public health crisis and its economic fallout are left clinging to the strings of a frayed safety net.

This isn’t the way the government is supposed to function, but it’s what we’ve allowed. We’ve elected our own Marie Antoinettes, and their thoughts on the plight of disadvantaged Arizonans are clear: “Let them eat cake!” 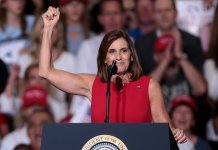