The Maricopa County Sheriff’s Office has created a report for prosecutors and police to use as an expert opinion that defines the ratio of marijuana flower to extracts in the wake of an Arizona Supreme Court ruling, according to new documents obtained by Arizona Mirror.

But marijuana experts and researchers say MCSO’s findings and methodology are flawed and don’t reflect current standards in an industry that was valued at $10 billion in 2018 and is expected to grow to more than $70 billion by 2027.

“To me, this is not evidence, it’s data from non-scientists,” said Dr. Sue Sisley, a prominent marijuana researcher.

Another expert suggested that MCSO’s findings are roughly half of what the marijuana industry is able to extract from marijuana – meaning Arizona medical marijuana users could face prosecution if law enforcement uses the sheriff’s report as a guideline in determining who is breaking the law.

Last year, the Mirror reported on a secret MCSO program that had been operating since 2015 as part of the Maricopa County Drug Suppression Task Force to create marijuana extracts.

Now, new documents shed even more light on the clandestine program and its ultimate goals.

The case stems from the 2013 arrest of Rodney Christopher Jones in Yavapai County for possession of hashish, a popular marijuana extract. Jones had an Arizona medical marijuana card.

Despite that, the Yavapai County Attorney’s Office, which is led by prominent marijuana critic Sheila Polk, charged Jones with possession of cannabis. Prosecutors argued that Jones’s hashish was barred under Arizona’s criminal laws and not protected under the medical marijuana statutes, even with a medical marijuana card.

They contended that the medical marijuana law, which voters approved in 2010, covered only the plant itself and not any extracts that are commonly used to make hashish, tinctures or edibles.

Medical marijuana cardholders can possess up to 2.5 ounces of marijuana plant or the equal amount of that in concentrates, though no standard exists for determining exactly how much that is.

In its ruling, the Supreme Court said a person could possess an amount of concentrates that is made from the allowable 2.5 ounces in the medical marijuana law.

The ‘Information Only’ Report

A month after the Supreme Court ruling, MCSO published its report determining exactly how much that would be.

The report, which the Mirror obtained under Arizona’s public records law, details several methods of marijuana extraction taken on by MCSO and the agency’s opinion on what the ratio of marijuana flower to extract is, based on their methodology.

“This report has a record of (our) experiences with this and provides a firm foundation for our training and experience when it comes to providing those expert opinions,” MCSO spokesman Sgt. Calbert Gillett said in an email to the Mirror. He said that the report is used as an “expert opinion” across the state for “various prosecutors.”

The report has been used in one case so far in Maricopa County. That case is still working its way through the courts, but it revolves around a medical marijuana patient who is facing charges that he mailed marijuana vaping cartridges to another state. One argument from prosecutors is that the defendant was in possession of more extract than allowed by law, an assertion they support by citing MCSO’s report.

However, a marijuana extraction expert who reviewed the report’s findings at the Mirror’s request was skeptical of the way MCSO conducted its testing.

“MCSO only explored mechanical and one single chemical extraction technology,” said Dr. Christopher J. Hudalla, the founder and chief scientific officer of ProVerde Labs in Massachusetts. “In the last five years, there has been dramatic improvement with extraction technologies, including ethanol, supercritical carbon dioxide, TFE (tetrafluoroethane), and rosin pressing as well as other technologies.”

MCSO’s marijuana extraction report is labeled “information only.” And rather than presenting its findings in the form of a scientific paper or a memo, the report is written on a standard incident report form, identical to those used when sheriff’s deputies respond to a crime or arrest suspects.

The 35-page document details how MCSO created extracts from marijuana plants, as well as how the agency conducted its research.

MCSO interviewed “dozens” of “black market” extract makers, and also toured a couple of Arizona dispensaries for more information on the process, according to the report.

Between June and August 2019, MCSO conducted 14 extractions to determine what the ratio of marijuana flower to extract would be. Since 2015, MCSO has done “more than 50” extractions for training and demonstrations across the state, according to the report.

MCSO used marijuana seized during arrests that had been set aside to be destroyed. The extracts created were then impounded, according to the report.

“It is the opinion of the investigators that 2.5 ounces of high grade marijuana will yield less than 9 grams of narcotic cannabis, and depending on the process, likely significantly less,” the summary of the report says. “This ‘9 grams’ includes a 2 gram safety margin for even the most low grade contaminated product extracted.”

The Arizona Department of Health Services, which oversees the Arizona medical marijuana program, has not provided guidance on how much extract it believes is allowable under the court ruling. The agency did not respond to a request for comment.

At least one of the extractions MCSO conducted in its report was also conducted before a class of other law enforcement in the state.

At the 31st Annual Arizona Narcotics Officers Association Conference, MCSO conducted six extractions before two classes. At least 50 officers attended each marijuana extraction. Members of the classes were chosen at random to participate in the extractions, which were a mixture of techniques, according to the report.

The class also watched a YouTube video about marijuana extraction by Leafly, a marijuana website that allows users to rate and read about different marijuana strains.

MCSO told the Mirror that the investigators are part of the High Intensity Drug Trafficking Area program, an enforcement program run by the United States Office of National Drug Control Policy, and “have been certified by the DEA to conduct these experiments and provide ‘train the trainer’ classes.”

Butane extraction involves placing the plant into a tube of some sort, usually glass, that has a filter at the other end. Then butane is shot through the tube and collected at the other end, then removed using heat or sometimes a vacuum pump.

MCSO also used a rosin press, which heats marijuana at the same time a mechanical piston presses the flowers, extracting concentrated marijuana. The process can often be tricky and time consuming.

The agency also used an older method of marijuana extraction commonly referred to as bubble hash, though MCSO used a home-brew method of creating it.

“Investigators filled a large bowl, in this case a salad spinner, with 2/3 water and ice immersed dried, broken up marijuana flowers,” the report reads.

Bubble hash is now commonly made in larger quantities for medical and recreational use in freeze dryers or large buckets with filter screens.

These extractions are what has led MCSO to its conclusion that 9 grams is what can be extracted from 2.5 ounces of marijuana flowers. However, MCSO has stopped short of saying that is what they think is allowed under the law.

“There is no ‘exact amount’ because, as the report states, the amount varies to some extent based on the material and significantly based on the type of cannabis being created,” Callet told the Mirror.

Callet noted that the Supreme Court left determining how much extract a medical marijuana user can possess up to law enforcement and prosecutors. MCSO did research, documented its findings and “when we provide training to officers across the state in all forms of narcotics … we present them with what our experiences are so that they gain an understanding of the possible quantities that may be obtained from various forms of extraction.”

Marijuana is a booming industry.

Eleven states and the District of Columbia have legalized recreational marijuana use, as have Guam and the Northern Mariana Islands. Even more states have a medical program in some form or another.

However, for doctors and scientists, it can still be difficult to study.

“It’s really confusing,” Sisley, the marijuana researcher, said about navigating how to do research on the plant and its effects on patients.

Sisley has a history of fighting for the rights of researchers in Arizona for the opportunity to study the effects marijuana has on patients.

Last year, she sued the federal government over the quality of the marijuana that was being supplied to researchers, and in 2013 she claimed she was fired from the University of Arizona for lobbying for a chance to study how the plant impacts veterans with PTSD.

But research has gotten a bit easier in recent years, Sisley said.

For years the only government money made available was for safety studies which focused on harm and addiction. But now, Sisley is able to research how it can replace opioids or treat PTSD.

Her current work focuses on if marijuana can be used to manage chronic pain instead of opioids.

But Sisley’s research is limited to using marijuana flowers. The federal government hasn’t approved any human trials for marijuana extracts or concentrates.

However, there is plenty of innovation and research in the lucrative marijuana industry.

Hudalla and his ProVerde labs in Massachusetts have been able to work on extracts. For companies like his, there is more profit to be made by developing more efficient ways to extract concentrates from marijuana flowers.

Hudalla has used a variety of extraction techniques and methods, and has been able to see what the industry standards are – and how they’ve changed – as ProVerde works to ensure its marijuana products meet Massachusetts standards.

He said MCSO’s investigation into extractions differs greatly from industry standards. And because the vast majority of medical marijuana cardholders go to dispensaries to buy extracts that are produced in professional labs, there are bound to be significant differences in the conclusions sheriff’s investigators reached and real-life consumer products.

“First of all, MCSO only explored mechanical and one single chemical extraction technology,” Hudalla said. “That is so 2014!”

“So, it is not as simple as just saying, ‘9 grams represents a maximum extraction yield,’ without specifying the extraction technology or the purity of the resulting extract,” he said.

Hudalla said that butane extraction has been largely replaced by CO2 and ethanol extraction methods as the industry standards. Both are similar to the butane method, but typically produce a higher yield.

He also questioned the quality of the marijuana MCSO used to do its extraction testing. The sheriff’s report says that the marijuana was seized, but there is no indication that investigators tested it to determine what strains were used in the experiments or how much THC they contained.

Hudalla recommended that investigators use a strain of marijuana with 28% THC, the maximum amount of the psychoactive ingredient in marijuana. To maximize on efficiency, he said companies like his use high-potency strains for extractions.

Most dispensaries are moving away from butane extraction due to the dangerous nature of its use. It can explode and many states have actually begun to move to outlaw the practice.

“Drawing any firm conclusions from such a limited study would, in my opinion, be irresponsible and not in the best interest for patients and consumers,” Hudalla said. 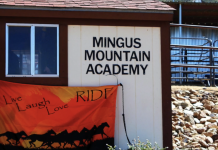