There are some Phoenix activists who believe the city’s police department has a systemic problem with police brutality.

Others believe the problems are inconsequential, and the activists are part of a larger effort to wage a war on cops.

My take? The issue is not as black and white as it seems.

Phoenix officers are not trigger-happy racists bent on targeting certain members of this community. The vast majority are exceptional individuals who joined the profession to protect and serve, and some, like my husband, have paid the ultimate sacrifice for their service.

By the same token, we cannot characterize community activists as nothing more than a bunch of leftist anarchists. I’ve worked with a number of these individuals and can attest to their sincerity. Their agenda isn’t nefarious – their goal is to give voice to those who are voiceless and marginalized.

What is true in this emotional tug-of-war between activists and officers is that the department is suffering from a crisis of confidence in parts of our community. We can argue all day about whether this crisis is due to real or perceived policing deficiencies, but at the end of the day, the trust those communities have in police has been damaged, and those arguments won’t restore it.

The police department has attempted to make inroads with community groups, holding listening sessions and assigning additional community action officers. Mayor Kate Gallego, as well, formed a temporary ad hoc committee to review numerous reports and create recommendations on how to strengthen relationships between the police department and community. I’m proud to serve as a member of that committee.

But crisis PR meetings and special ad hoc committees are not a long-term solution.

I agree with activists that the city of Phoenix needs a permanent civilian review board, one that holds regular public meetings and actively solicits feedback – both positive and negative – from the community.

But I also agree with law enforcement that a civilian review board cannot be a political tool of the mayor or council. Investigations and discipline cannot be administered by a group of inexperienced civilians who may have a bias against police.

So how does the city design a board that rebuilds trust with community without overstepping its bounds?

For the past few months, the city council has been examining different types of civilian review board models – review, auditor and investigative – and hearing firsthand from police departments that have employed these models.

In the review model, the board does as the title suggests. It receives complaints and reviews completed investigations. While this model may increase transparency, it does little to change the status quo, and is the weakest of the three models.

The auditor model is quite different. In addition to receiving and reviewing complaints from the community, an independent monitor observes critical incident interviews, conducts audits of completed investigations, produces public reports, and makes proactive recommendations on department policy and training.

The city of Denver designed an auditor model that has been lauded nationally and includes a full-time staff of professional policy analysts, attorneys and community outreach coordinators. The auditor’s office would examine trends and data while the civilian review board oversees the effectiveness of the auditor, addresses issues of concern from the community and reviews closed investigations.

In the City of Phoenix, the majority of the above duties, including the fielding of complaints, is handled by the department’s professional standards bureau (PSB). An auditor would not replace PSB, but rather work alongside detectives, with full access to records and interviews. While the auditor would offer feedback to PSB and could publish public reports on critical incidents, the auditor could not override the decisions of the police chief.

In contrast to the auditor model, the investigative model has the power to perform investigations parallel to the department’s. Investigators could issue subpoenas and recommend, or even override, departmental discipline.

Many activists are adamant Phoenix employ an investigative model. But I’m hoping this isn’t a sword they’re willing to die on, or it may spell doom for the entire civilian review board discussion.

Creating a board that gives subpoena power to an outside entity or changes the current disciplinary structure would require a change in our city charter, and that would require approval by Phoenix voters.

Odds are high that voters will reject this idea at the ballot box. And they should.

As noted in one of the council’s work study meetings, subpoenas are an adversarial tool. Instead of creating a board with an oppositional role to the police department, we should be focused on designing one that works in partnership with police on a shared mission to enhance public trust.

In other words, let’s build bridges instead of walls.

I’d be willing to bet most Phoenix residents are supportive of our officers and the role of the chief, but are also favorable to policies and structures that increase police accountability and transparency.

With the right civilian review board model, it’s possible to have both. 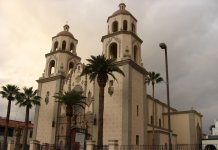 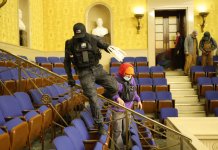 A win-win for activists and Phoenix police? Yup, it’s possible