The State Capitol budget is on an election year fast track, and that’s OK. Republican legislators should pass Gov. Doug Ducey’s fiscal year 2021 budget recommendation as is, thus eliminating what has become a closed-door, drawn-out GOP budget process. Democratic legislators can protest with their votes against it.

It’s abundantly clear that the governor and GOP leadership will not allow the Democrats a seat at the budget negotiating table.

And in that context, let’s face it: Ducey’s $12.3 billion spending plan for next year is the best Arizonans can hope for, compared to more conservative Senate and House Republican budget proposals. Thanks to a growing economy that produced a huge budget surplus, Ducey proposes to spend about $600 million more than the current year. The senate GOP proposal spends $100 million less than the governor’s recommendation.

Half of the increased spending in the Ducey budget goes to K-12 public schools. While that’s clearly not enough, the ultimate answer for long-underfunded Arizona schools isn’t in the budget: It’s the new, dedicated $1 billion in annual funding that the Invest in Education Act seeks at the November ballot. Thank goodness.

The gubernatorial budget is far from perfect. Arizona advocates from a variety of fields are correct in calling for additional funding. But this proposal is the best they can get until the Democrats take over at least one legislative chamber in November.

So, rally around the Ducey budget and move on!

By the way… which idiot legislator in 1990 sponsored the creation of the state’s Rainy Day Fund that now contains more than $1 billion, thus depriving necessary state services of enormous financial support? Oh wait! That was me.

I never dreamed 30 years ago that the fund would one day hold such a massive amount of taxpayer dollars. Or that a governor would pound his chest over the obscene pot of money that just sits there waiting for a recession. The purpose of the Rainy Day Fund remains sound. But really, $1 billion? Half that amount would be prudent.

The organizers of the “Smart and Safe Act” – the initiative effort to legalize recreational marijuana – were shrewd to include a provision allowing people previously convicted of marijuana possession to have their records expunged.

Why? Because political consultants will tell you that, in 2020, criminal justice reform of any kind is popular with voters of both political parties.

While the proposed initiative allows Arizonans 21 and older to possess up to an ounce of marijuana, anyone previously arrested for or convicted of possessing up to 2.5 ounces can have their damaging record erased.

By the way, the recreational marijuana ballot measure will pass easily in November.

Earlier this month, The New York Times reported that utilities across the country have turned to local chapters of the NAACP to support efforts to defeat renewable energy projects and maintain the fossil-fuel status quo.

Why do many local NAACP chapters jump in bed with utilities? Because the utilities are huge donors to their nonprofit programs.

This utility strategy is not directed at just the NAACP, as evidenced in a recent report by the Energy and Policy Institute. According to the report, from 2013 to 2017, ten of the largest utilities in the nation – including APS – gave about $1 billion in donations to nonprofit entities in an attempt to influence utility public policy.

Sadly, APS has brought these shady political activities to Arizona.

The report reveals what we already knew from filings APS made in response to Corporation Commissioner Sandra Kennedy‘s subpoena of the utility and its parent company, Pinnacle West. Between 2013 and 2017, APS spent $72 million on political campaigns, $4.5 million on lobbying and $59 million on marketing. But what caught my eye was the reported $46 million of “charitable giving” to nonprofit organizations.

There is a long history of Arizona utility companies making generous charitable donations to nonprofit entities – but without any quid pro quo.

In 2016 and 2017, APS applied and lobbied for a big rate increase at the Corporation Commission. They got it by a 4-1 vote. Pinnacle West stock value rose, pleasing investors as well as executive management and board members who owned massive amounts of stock.

We later learned that a letter to the ACC supporting the hefty and controversial APS rate increase was signed by 15 Arizona nonprofits. Why would an organization allow its name to be used in support of an electric rate increase? Let’s follow the money.

Eight of those 15 nonprofits received donations greater than $100,000 (out of a total $1.6 million in charitable donations awarded by APS to the 15 between 2013 and 2017) and allowed their names to appear on letters of support to the Corporation Commission. The total contributions each received from APS over the five-year period are:

Another seven nonprofits received smaller donations, but also allowed their names to be used on letters supporting the APS rate increase. Is it just “coziness,” or political corruption? Either way, it’s extremely disappointing.

(Note: I lobbied for Chicanos Por La Causa budget causes at the state capitol during and before this time period. I also lobbied for APS until September 2014.)

If ever there was confirmation that Arizona is a 2020 presidential race battleground state, it’s the Democratic National Committee’s announcement last week that it is pouring significant financial resources into just six states identified as winnable and crucial to a Democratic victory.

The DNC investment, made through the Arizona Democratic Party, will benefit not only the eventual Democratic presidential nominee campaign in Arizona, but also other “down ballot” races. Democratic campaigns for U.S. Senate, Congress, three Corporation Commission seats, county offices, and legislative contests all should be positively impacted.

One presumes the Republican National Committee will be doing likewise. It’ll be a bloody political war in our state. Hang on tight! 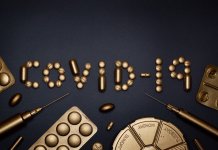