The company’s board of directors on Nov. 4 approved a 12-month contract worth $1.75 million. According to a quarterly filing with the Securities and Exchange Commission, Brandt’s duties under the contract will be to consult and advise on matters at the board of directors’ request, including assisting his successor Jeff Guldner’s transition into the CEO job.

Kennedy on Wednesday filed an official request for Bob Burns, the commission’s chairman, to add an item to the commission’s January meeting agenda for board members at Pinnacle West, the parent company of utility giant Arizona Public Service, to respond in person to several questions.

“Ultimately, the ratepayers are going to pay for it. And I’d just like to know, with his retirement package that they put together, isn’t that enough?” Kennedy told Arizona Mirror. “I need a little explanation. And I think the explanation should not come from Jeff Guldner. I think it’s really time to hear from the board…

“They’ve been quite silent. And now it’s time for them to be heard.”

Among the issues she wants to address is an “explanation regarding the purpose” of Brandt’s contract. Kennedy also wants to know what services he will provide under that contract, how the board will determine if Brandt’s services have been satisfactory and a description of the penalties Brandt will incur if his services are deemed unsatisfactory.

In addition, Kennedy is asking for information on where the money for Brandt’s contract will come from, how the board determined the amount he will be paid, whether the contract can be renewed or extended once the year is up, and what other similar contracts Pinnacle West has entered into over the past six years.

Kennedy is asking for documents related to the contract, Brandt’s retirement, and Guldner’s transition as Brandt’s successor.

A spokeswoman for Pinnacle West and APS did not respond to a request for comment. 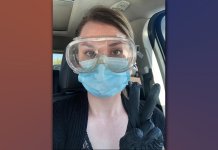 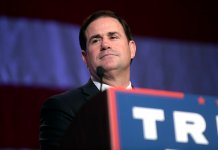 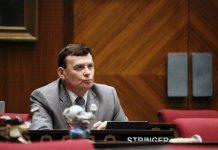 ABOUT US
Amplifying the voices of Arizonans whose stories are unheard; shining a light on the relationships between people, power and policy; and holding public officials to account.
Contact us: [email protected]rror.com
FOLLOW US
© Arizona Mirror 2020
Adjust Font Size
MORE STORIES