It’s no secret that Phoenix has become a Baby Boomer mecca. America’s largest generation has been flocking here for years, bringing with them revenue for local businesses and tax dollars for the city, but also their garbage. Garbage that the city now needs to collect.

Phoenix, like many cities, has struggled to keep up with the growing demand for government services like garbage collection, while also facing high retirement rates among aging municipal workers.

But unlike many cities, Phoenix has also come up with an original solution to meet this demand. When the city and LIUNA Local 777, which represents many municipal workers, realized they were facing a shortage of qualified sanitation workers, they partnered to create an innovative apprenticeship program that trains area residents to become skilled sanitation workers while maintaining a high level of service for taxpayers.

As a local leader who helped implement these apprenticeships and a researcher at a national think tank focused on policies to make government work better, we believe the Phoenix-LIUNA  Local 777 partnership should serve as a national model.

Through the city’s solid waste equipment operator apprenticeship, workers obtain their commercial driver’s license and receive specialized instruction on operating trucks through narrow city streets and customer service skills. Previously, the city required applicants to have a commercial driver’s license before being hired, which was a significant barrier to employment, because tuition for commercial trucking schools costs thousands of dollars.

By giving sanitation workers an opportunity to earn these skills and credentials while on the job, the city ensures that workforce training is of high quality. Moreover, the Phoenix-LIUNA Local 777 partnership focuses recruitment on women, veterans and youth, attracting employees who reflect Phoenix’s diversity and who might not otherwise have had access to high-quality city jobs.

For apprentices, who are often transitioning from near minimum-wage jobs, city employment offers a significant earnings boost and a clear career path. The involvement of existing city employees makes the apprenticeships a success. Veteran employees help with recruitment and program graduates informally mentor new apprentices.

As a result, the apprenticeship graduates have higher levels of loyalty and motivation to both the City of Phoenix and the union. Nearly all who start the program finish, and despite their more junior status, graduates are among the most successful employees, at times outshining more senior workers.

We hope that other cities emulate Phoenix.  A new report by one of us found that training partnerships, like the one between the city and LIUNA Local 777, help employers recruit and retain skilled workers, improve work quality and boost productivity, while strengthening employee relations.

Importantly, union involvement ensures that training is of high-quality and connected to industry-recognized credentials and career advancement opportunities. Union involvement has  also been shown to boost program completion rates. Training partnerships also provide tangible examples of why unions are so crucial to creating good jobs and a thriving middle class, which is especially important in the wake of Janus v. AFSCME — a 2018 U.S. Supreme Court decision that weakens workers’ bargaining protections.

There are a number of examples of other successful partnerships between governments and unions similar to the one in Phoenix, such as a new teacher boot camp in Florida, an IT fellowship in New York City, and a firefighter apprenticeship in California. But overall we believe the Phoenix-LIUNA Local 777 model is underutilized. As cities from Miami to Seattle look for answers for how to manage the pressures of population growth and aging municipal workforces, we hope they turn to Phoenix for an answer. 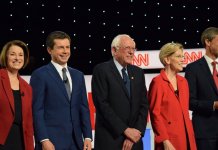 Monday Musings: Chill out and focus on turnout in 2020, Democrats 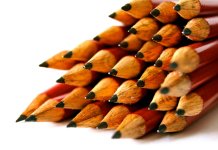 ‘Project Rocket’ is a great idea, but it values struggling students less than successful ones