WASHINGTON — The U.S. House approved legislation Wednesday to permanently ban uranium and other hardrock mining near the Grand Canyon.

The bill from Arizona Rep. Raúl Grijalva, chairman of the House Natural Resources Committee, passed by a vote of 236-185.

The legislation would permanently withdraw about 1 million acres of public lands north and south of Grand Canyon National Park from mineral extraction. The Obama administration announced a 20-year moratorium on new mining claims in those areas, but backers of the bill warn that the Trump administration could reverse course without a permanent ban in place.

“This House needs to act on this proposal because these critical protections are under threat from the Trump administration,” Grijalva said Wednesday.

The White House threatened to veto the bill if it makes it to the president’s desk, saying the administration “opposes such a large, permanent withdrawal, which would prohibit environmentally responsible development” of uranium and other mineral resources.

Grijalva accused the administration of pushing for the lands “to be opened to exploitation on behalf of a few wealthy mining interests” under the guise of “energy dominance and fabricated arguments about national security.”

Other Arizona Democrats also spoke in favor of the legislation Wednesday ahead of the floor vote.

Rep. Tom O’Halleran, a Sedona Democrat whose 1st District includes much of the area affected by the mining ban, warned that many areas in or near the Grand Canyon are “plagued by the toxic legacy of uranium mining.”

The bill, he said, “protects our canyon, the health of northern Arizonans, the water supply of the southwest and the growth of our state’s economy.”

“When people think of Arizona, they most often conjure up images of the Grand Canyon. It’s our state’s greatest treasure and one of the most iconic natural wonders on Earth,” he said.

Rep. Steven Horsford, D-Nev., also lauded the bill for ensuring that “uranium mining will not irreversibly contaminate the sensitive habitats and clean water of the Colorado River watershed, which provides drinking water to nearly 30 million Americans, including some of my constituents in Nevada.”

Uranium and other hardrock mining can help foster economic activity, Horsford said, but it can also threaten communities’ health. “In my district, I have seen the impacts that uranium contamination can have on local communities.”

He pointed to the town of Yerington, Nev., where “for decades, uranium contamination has persisted … endangering the health of my constituents and forcing families to stop drinking from their taps, literally having to rely on bottled water.”

Congressional Republicans, meanwhile, portrayed the legislation as overreaching and warned that it could hamper economic development and even threaten national security.

“It’s an anti-mining attack on northern Arizona and my district,” said Rep. Paul Gosar, R-Prescott. “This legislation imposes a massive land grab of more than one million acres, permanently banning mining and other multiple use activities in an area nearly the size of Delaware.”

The legislation would impact part of Gosar’s congressional district and part of O’Halleran’s district.

Gosar and others have also warned that it’s important to be able to mine uranium domestically, rather than relying on other nations for imports. Supporters of the bill, meanwhile, point to uranium deposits elsewhere in the United States and in countries like Canada and Australia, which are U.S. allies.

Prospects for passage in the Senate are far from certain.

Grijalva said he expects Sen. Tom Udall, D-N.M., will introduce companion legislation in the Senate, although it’s unclear whether it will get any GOP support, or the backing of Arizona’s Democratic Sen. Kyrsten Sinema.

Asked this week about her own legislative plans and whether Sinema would support Grijalva’s legislation, a spokesperson for the senator said, “Kyrsten is continuing bipartisan discussions and meetings with local stakeholders on how best to move forward.”

A spokeswoman for Arizona Republican Sen. Martha McSally did not respond to a request for comment about whether she supports the effort. 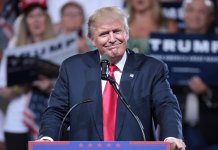 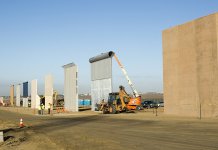