The Navajo Nation Council on Oct. 23 tabled legislation that would avoid hundreds of millions of dollars in Nation liability for the cleanup of three coal mines. Since then, the Montana Department of Environmental Quality has shut down one of those mines until the Nation hands over its tribal sovereignty to be held liable in state courts.

The emergency resolution was introduced by Delegates Vince E. James and Carl Slater to immediately cancel an agreement between the Navajo Nation and Navajo Transitional Energy Company that could put the former on the hook for cleaning up NTEC’s recently purchased mines. Action on the item will be postponed for no more than 30 days.

According to testimony in Window Rock on the last day of the council’s fall session, NTEC argued that the contracts it signed in 2013 and 2015 with the Nation guarantee cleanup not only for Navajo Mine in northwest New Mexico, but also for three other coal mines NTEC purchased in August in Wyoming and Montana without the Nation’s consent.

Slater said NTEC is trying to get the agreement signed initially for just Navajo Mine to extend to the new purchases. Money for the cleanups would come from the Nation’s trust fund if the Nation finds itself responsible for the new mines.

“We, as a Nation, have asserted a principle: that in order to waive our sovereign immunity, and in order to place your children’s, your grandchildren’s money on the line as a guarantee … that there must be an affirmative two-thirds vote by the Navajo Council. This is potentially an end run to get around that two-thirds vote,” Slater told the council.

James reiterated that terminating the agreement won’t affect bonds already issued for the Navajo Mine and the Four Corners Power Plant, and Slater said the payments for those bonds would not increase as a result of the legislation. They said the resolution, if passed, would only prevent the Nation from becoming liable for NTEC’s new purchases.

“(The contract) can be interpreted to be an open-ended guarantee, and, in fact, NTEC has argued that,” Slater said.

NTEC declined to comment on whether it stood by this legal interpretation of the agreement.

Meanwhile, NTEC has already faced problems with one of its purchases.

The Montana Department of Environmental Quality shut down operations on Oct. 24 at the mine NTEC bought there. Montana now demands the company waive its sovereign immunity in order to be held accountable to the state’s mining regulations.

“We are shocked and disappointed that the state is taking this position and putting the future of Spring Creek at risk,” NTEC Chairman Tim McLaughlin said in a statement. “We have done everything in our power to assure the state that we will operate under their laws, but we simply cannot consent to a full waiver of the rights preserved in our treaties — to do so would put the foundations of Indian Country at great risk.”

The Institute for Energy Economics and Financial Analysis responded Oct. 25 to Montana’s action against NTEC saying this is more proof that the company’s purchases were badly reasoned.

IEEFA said James and Slater’s legislation is good for the Nation.

“Such legislation would help manage the Nation’s exposure to NTEC’s high risk behavior and shield it from financial contagion that could result from further declines in the U.S. coal market,” according to the snap report IEEFA put out Friday.

On the hook for cleanups?

NTEC was formed by the Navajo Nation Council in 2013 to buy Navajo Mine and the Four Corners Power Plant. NTEC and its assets remain 100% Navajo-owned, but the company is permitted a high degree of autonomy, according to Navajo Nation President Jonathan Nez.

Some council delegates said NTEC took this autonomy too far when it bought three coal mines from bankrupt Cloud Peak Energy. NTEC did not notify anyone in the Navajo Nation government before making the purchases.

Delegates Eugenia Charles-Newton and Nathaniel Brown are also shareholders in the company. Both said they were not privately notified either.

“I didn’t know about it until everybody knew about it,” Nez told the Council. “I guess that’s embarrassing to say … as the leader of the Navajo Nation. But it’s true.”

Whether the Navajo Nation will have to guarantee the cleanup of the three new mines comes down to whether the contract it signed with NTEC extends the Nation’s liability beyond Navajo Mine and Four Corners Power Plant.

Under the federal Surface Mining Control and Reclamation Act of 1977, a mining company wishing to operate a mine must post a bond that is enough to pay for the cleanup and reclamation of the mine in case the company goes out of business.

As a newly incorporated company, NTEC didn’t have enough money in 2013 to post corporate surety bonds for the $163 million that would be necessary to clean up Navajo Mine. So the Navajo Nation stepped in to foot the bill.

The Nation signed an indemnity agreement stating that if NTEC’s mines fold, NTEC is not responsible for paying back the surety bonds it took out with several insurance companies. Instead, the Nation would have to pay them. That also meant signing over sovereign immunity, so the Nation can be sued not just in Navajo courts, but also in U.S. state court.

This all adds up to an awkward position for the Nation, which could be sued in state court for liability over what a company it technically owns might do — or, in the case of cleaning up Navajo Mine, might fail to do.

The worry now is that this liability might extend to the new mines, which the Nation did not explicitly authorize NTEC to purchase in the first place.

A bad time for coal

Analysts have noted that this purchase is poorly timed, given trends in the energy market. The purchases make NTEC the third-largest coal company in the U.S. at a time when coal is rapidly declining and many long-standing industry players have hit insolvency, including Cloud Peak Energy, the company the mines were purchased from.

Clark Williams-Derry, director of energy finance at the Sightline Institute, an independent energy think tank, wrote about the risks the Nation would be accepting if it had to guarantee the cleanup of NTEC’s new purchases.

“To those of us who have watched Cloud Peak’s multi-year descent into insolvency, NTEC’s purchase raises a key question: does the Navajo Nation face any financial risk from NTEC’s foray into (Powder River Basin, Wyo.)? The answer is a clear yes …” he wrote in September.

“First, the Nation risks sub-par investment returns from NTEC’s high-risk gamble on coal. Second, and perhaps more importantly, the Navajo Nation could be forced to pay hundreds of millions of dollars to clean up NTEC’s mines.”

The Institute for Energy Economics and Financial Analysis first gave its opinion of the buys last month in a brief calling them risky.

“The deal, cloaked in secrecy to begin with, potentially puts hundreds of millions of tribal dollars at peril,” the institute wrote.

The institute’s brief examined the purchases’ risks at every level: macroeconomic, regional and mine-by-mine, and found the purchases to be poorly reasoned at all three.

The report concludes that “NTEC would do well to reconsider its plans and to focus instead on more robust and economically promising segments of the energy sector, especially low-cost wind and solar.”

But as Navajo Times reported, this session the Council abruptly voted to kill a bill introduced by Delegate Elmer Begay that would have cleared a path for the Nation to transition to renewable energy.

The bill was explicitly designed to transition from coal to renewables and included provisions for an “NGS/Kayenta Mine transition task force,” according to the Times. 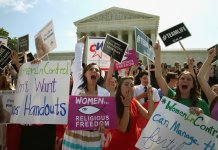