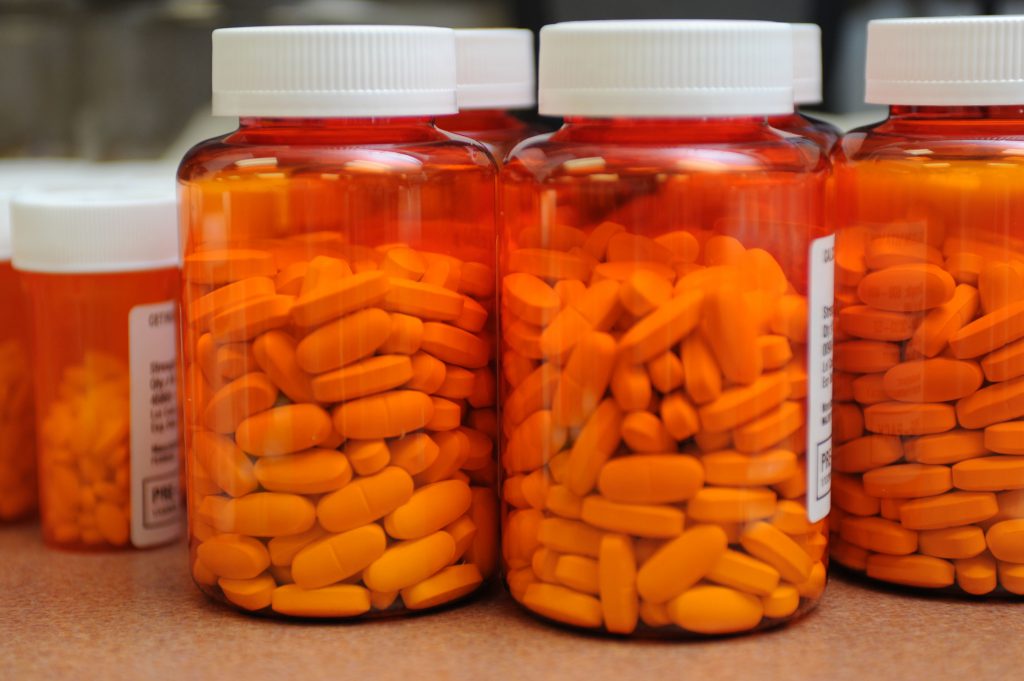 An eleventh-hour settlement that two Ohio counties reached with opioid manufacturers on the eve of the first trial in a massive round of lawsuits won’t affect numerous Arizona counties, cities and other local government entities from continuing their own litigation, and could be a sign that they can expect their own settlements.

But those lawsuits could be supplanted by a proposed $48 billion master settlement being negotiated by four state attorneys general and five companies.

Just hours before they were to go to trial on Oct. 21, Ohio’s Cuyahoga and Summit counties reached a $260 million settlement with four drug companies on Monday to pay for the damage caused by the opioid epidemic that has ravaged the nation.

The two counties are among the more than 2,400 cities, counties, Native American tribes and other local governmental entities that have sued opioid makers. The multidistrict litigation, as it’s known in legal parlance, is based in federal court in Cleveland, the Cuyahoga County seat. Numerous Arizona entities have filed suit as part of the multidistrict litigation, while several others have filed suit in various state courts.

Cuyahoga and Summit counties’ lawsuit was to be the first of 10 “bellwether” cases that litigants from across the country, said attorney Jeffrey Reeves of the Costa Mesa, Calif.-based law firm Theodora Oringher.

Reeves, whose Arizona clients in opioid lawsuits include Apache, La Paz and Pinal counties and the municipalities of Bullhead City, Glendale, Prescott and Surprise, said those bellwether cases will serve as an example for the rest of the litigants. Because the circumstances of a county in Ohio are largely the same as those of a county in Arizona, the results of those trials are likely to set the pace for the remainder of the lawsuits.

“We’re not going to have 2,399 trials. Everyone’s going to figure out either the cases have merit and they’re going to settle at some level, or they’re going to go to trial and maybe a judge or a jury says they don’t have merit, and then they’ll go away,” Reeves said.

Monday’s settlement only includes 4 of the 10 defendants in the case – opioid distributors AmerisourceBergen, Cardinal Health and McKesson Corp., and drug manufacturer Teva Pharmaceuticals. Reeves said the other defendants had already either filed for bankruptcy or reached separate settlements.

Attorney Ron Kilgard, who represents nine local governmental entities in the multidistrict litigation in Ohio, said Monday’s deal shows a possible willingness for the drug companies to settle in the rest of the cases. However, he warned that there are “still lots of moving parts” in the massive and complex case.

“Although it is only the settlement of the bellwethers, it is no secret that there is a lot of discussion, both in the Purdue bankruptcy and outside it, of a possible settlement for the litigation generally,” said Kilgard, of the Phoenix law firm Keller Rohrback.

Purdue Pharma, the maker of the highly addictive opioid painkiller OxyContin, reached a settlement in September with about two dozen mostly Republican state attorneys general, including Arizona’s Mark Brnovich. Purdue filed for bankruptcy as part of that settlement, and is looking to settle the hundreds of other lawsuits against it as part of those proceedings.

That settlement will likely bring an end to state claims against Purdue and the Sackler family, which owns the company, including those brought by the Arizona in Pima County Superior Court and the U.S. Supreme Court. But that won’t affect other defendants and cases brought by local government entities.

One thing that could bring an end to the myriad individual lawsuits from local governments across the country is a settlement framework that the attorneys general of North Carolina, Pennsylvania, Tennessee and Texas reached with AmerisourceBergen, Cardinal Health, McKesson and Teva Pharmaceuticals, as well as Johnson and Johnson, a manufacturer of opioids.

That settlement, which would see the five companies pay out $48 billion, is far from complete. Other states, as well as the hundreds of plaintiffs in the multidistrict litigation and other lawsuits, must agree to the framework. Brnovich is still trying to determine whether it’s in Arizona’s best interests to join, spokesman Ryan Anderson said.

Under the proposal, the companies would provide $22 billion in cash and $26 billion worth of opioid addiction treatment medication over the course of 10 years. Anderson said the money from the settlement would go into three “buckets” — 15 percent to states, 15 percent to local government entities and 70 percent for treatment programs and other needs that would be available to all jurisdictions.

“We still have questions about the specifics, but … our focus has always been on ensuring resources are provided to the victims and the communities impacted by the opioid crisis, and not lining the pockets of trial lawyers,” Anderson said.

Without a global settlement like the one the four attorneys general – two Democrats and two Republicans – are proposing, litigation could drag on for many years, Anderson said. And the longer the litigation goes, the higher the risk that the companies involved could declare bankruptcy, making it more difficult to recover damages, he said.

“If there’s a silver lining to this … Cuyahoga and Summit counties had no interest in a global settlement. And now that they are out of the picture, this provides an opportunity for all of the plaintiffs to work together to come up with a global settlement that actually gets resources … to the states and to the local governments,” Anderson said.

What’s next for Arizona plaintiffs?

For now, barring a global settlement that would moot the other cases, the Arizona plaintiffs in the federal multidistrict litigation are in a holding pattern. None are part of the bellwether cases, and none seem likely to go to trial any time in the foreseeable future. If the Arizona plaintiffs and other entities are unable to reach a settlement with the defendants, the cases will likely be sent back to their home districts, rather than to go to trial in Ohio.

The state-level cases in Arizona have no connection to the federal litigation and can proceed independently of anything that occurs in U.S. District Court in Ohio. Reeves said he advised his clients to sue locally, rather than take part in the federal multidistrict litigation.

“We have this philosophy that we would rather try our cases in front of a state court judge with local jurors and not get sucked into this big, bureaucratic morass in federal court in a faraway land,” Reeves said.

Reeves also rejected the idea of letting states dictate settlement terms for local governments. He said local entities have brought their own cases to avoid a repeat of the 1998 settlement with tobacco companies, in which states reaped the benefits without money trickling down to cities and others.

The cases brought in state court over the past four months are in what Reeves described as an “early quiet period.” The attorney said he’s hoping to get trial dates set for late 2020 or early 2021. He said there are no plans for additional plaintiffs, though he wouldn’t be surprised if more entities join the cases.

***UPDATE: This story has been updated to include details of a proposed $48 billion settlement framework and comments from the Arizona Attorney General’s Office.