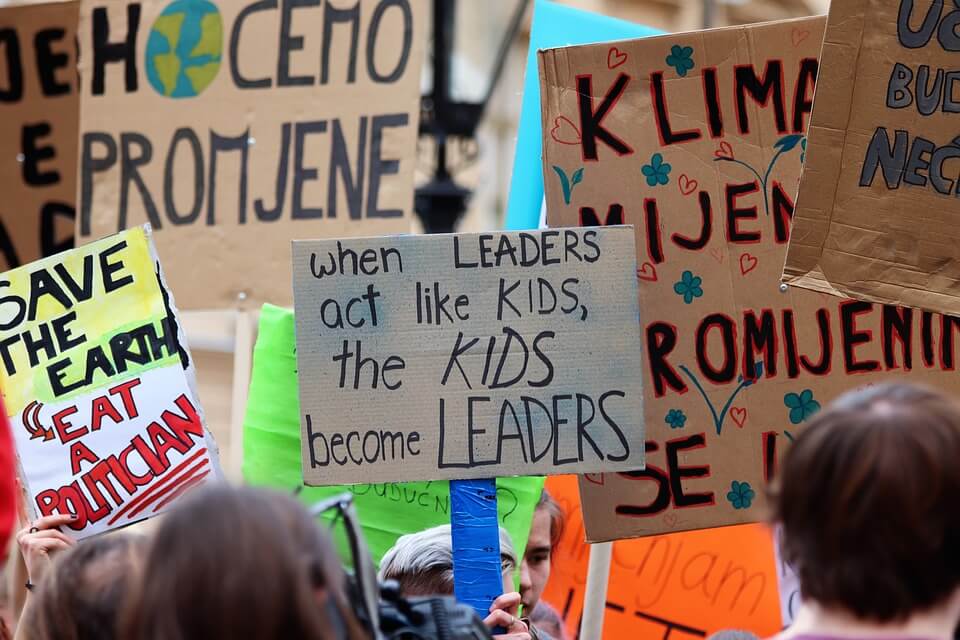 A few weeks ago, I turned 18 years old. I’m young. I’m enthusiastic. I’m excited for the future I should have ahead of me.

There’s just one thing: Arizona’s politicians – like U.S. Sen. Martha McSally, who has continued to support President Donald Trump’s toxic environmental agenda – have taken my future and stomped it into the ground with their indifference to the climate crisis.

This indifference drives me to work as an organizer with the Arizona Youth Climate Strike. Our team works to bring climate change to the forefront of our state’s political stage. We’ve held strikes drawing attention to the issue and town halls creating dialogue with elected officials, but there’s still more to be done.

With a recent United Nations report stating that only 11 years remain to drastically reduce pollution before the effects of the climate crisis become irreversible, youth have united behind the science. We don’t claim to be the experts, we just have the common sense to listen to those who are.

While many believe that climate change is real, they envision it as an abstract concept describing a glacier melting in the Arctic, rather than effects in Arizona. From air pollution to drought and heat, the quality of life in the Grand Canyon State may rapidly degrade if urgent action is not taken.

Even worse, the climate crisis is propagated in our communities through local institutions.

In our state, Arizona Public Service – an entity propagating the climate crisis – has a monopoly over our utility industry, raking in increasing profits year after year through rate increases. Rather than investing these funds in infrastructure for a clean energy grid, APS chose to spend more than $12 million funding 16 political groups in 2014, including more than $10 million spent on the Arizona Corporation Commissions races.

Our politicians have become accustomed to the status quo.

In the Arizona Youth Climate Strike, we’ve worked alongside politicians and noticed the extent of this problem. We must urge our elected officials, like Senators McSally and Kyrsten Sinema, to support policies that help transition the United States to a 100% clean energy economy by 2050 and require net zero carbon pollution.

We need systemic change. We must motivate more youth, adults, and elders to vote in favor of not just their own future, but the future of humanity’s existence on this planet. Many politicians have let us down in the past, but hope remains.

With every passing day of inaction, more individuals join our cause. The Arizona Youth Climate Strike has gone from a group of five high school students to a state-wide network of student climate activists. We are preparing dozens of new youth ready to advocate for their futures. We are building a network of cross-generational environmental groups to support each other. We are not backing down from this fight.

Stand with us in the coming months. Your participation in this movement is critical to its success. Arizonans of all ages can attend our Phoenix Climate Strike on Sept. 20 as we show our politicians that all eyes are on them.

We all must fight for change, we cannot afford to lose.