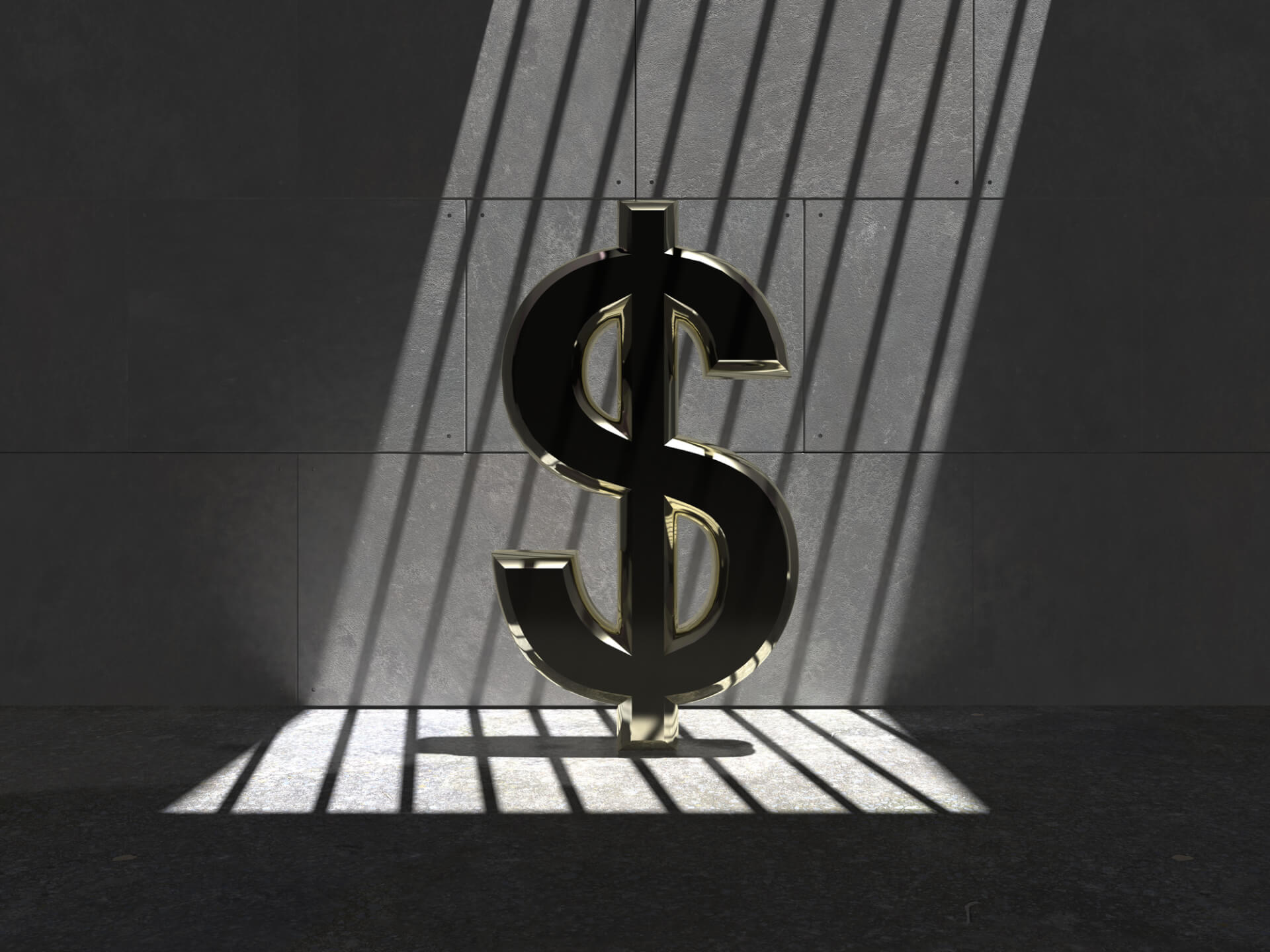 Staffing issues caused by chronic underfunding by the legislature was a prime factor in fueling the Arizona Department of Corrections’ failure to remedy a problem with faulty locks at the Lewis prison, according to a report by two former Arizona Supreme Court chief justices.

It also faulted the Republican-controlled legislature for not providing money to both recruit new corrections officers and retain them, which it said hurt morale and created a “complacency” that led to a failure to ensure cell doors in Lewis were operating properly.

The report assigned some blame to the Department of Corrections for its role in the insufficient funding. While the agency requested additional funding for prison locks in 13 of the past 16 years, only 3 times in the past decade did it do so for locks at the Lewis prison. In its most recent budget request, for the fiscal year 2020, the department did not request any money for locks at Lewis.

However, the report concluded that lawmakers routinely failed to appropriate money to the Corrections Department to pay for repairs to cell-door locks across the entire prison system.

Between fiscal year 2005 and 2020, the report concluded that the Corrections Department requested a total of $583 million to replace and repair locking systems throughout the state’s prison system. The Arizona Department of Administration adjusted those requests, and asked lawmakers to fund a total of $114 million.

Legislators provided a total of $6.7 million during those 16 years.

The investigation by retired chief justices Rebecca Berch and Ruth McGregor also found that problems with cell door locks in several units at the Arizona State Prison Complex-Lewis long predated a fateful decision to begin “pinning” doors in late 2017, and that there was no “material increase” in incidences of inmates getting out of cells that were supposed to be locked.

The report was critical of Department of Corrections Director Charles Ryan, whom Berch and McGregor found to be inexplicably out of the loop when it came to long-running problems with the locks at Lewis.

Gov. Doug Ducey asked Berch and McGregor to conduct an investigation after ABC15 reported that inmates were able to leave locked cells without authorization in three units at the Lewis prison, resulting in attacks against inmates and correctional officers. In late 2017, the department implemented a policy of using eight-inch metal pins to fasten the doors, and when it became clear that pinning wasn’t solving the problem, began using padlocks.

Most of the people the retired justices interviewed cited staffing issues a major culprit, and Berch and McGregor found that staff levels at Lewis were routinely below the level that the department considered adequate to maintain prison safety. The report detailed years of reductions and increases to staff levels, which peaked during the 2016 fiscal year, when the prison’s inmate population also reached an all-time high.

The Lewis prison was designed to have 30 correctional officers in each unit, but Warden Berry Larson reportedly cut that to 21, the report said. In some extreme situations, only 15 or 16 guards would be on duty during a shift.

Low pay made it difficult to fill many of the vacant positions and retain qualified correctional officers. Some of the department employees interviewed by Berch and McGregor said similar jobs in other jurisdictions, such as Maricopa and Pinal counties, pay nearly $10,000 more per year. Even a recent 10-percent pay increase wasn’t considered by many to be low, given that they hadn’t had seen their salaries go up for 13 years prior.

Berch and McGregor said there is still a dispute within the Department of Corrections as to whether the locks were simply broken, or whether they normally functioned properly but were thwarted by tampering by inmates. The department’s management largely views the problem as one of tampering, while “those who work in the trenches” mostly believe the doors have worn down and become less secure over time, the report said. The report concluded that “the truth lies somewhere in the middle of these opposing views.”

Preventing tampering such as “capping,” in which inmates place objects along cell door tracks to prevent them from locking, requires frequent checks by guards. By one estimate, that could take up to two hours of time each day.

The report found a serious problem with morale. Staff shortages gave correctional officers less time to do their jobs, including checking doors for tampering, and many became complacent, a problem that became more serious after the department implemented its pinning policy at Lewis. Inmates increasingly left their cells without authorization and bad behavior went unpunished, creating a “spiral of indifference” among correctional officers at Lewis.

“Nearly everyone with whom we spoke, supervisors and (correctional officers) alike, agreed that staff shortages eventually affected staff morale and resulted in staff not completing security checks of cell doors. They suggested that, faced with too little time to complete their tasks, the (correctional officers) either gave up or became complacent,” the report said.

While the Department of Corrections cited a “material increase” in lock tampering incidents by inmate for its decision to pin cell doors in November 2017, Berch and McGregor were able to find no evidence of such an increase.

“If pins were indicated by the end of 2017, presumably that same decision would have been justified earlier in the year,” the report said.

Though “unauthorized access” by inmates had been a problem at Lewis for years, it became a more serious problem in 2017 and 2018 due. Most of the correctional employees Berch and McGregor interviewed had no explanation, but a few said prison gangs became a more serious problem at that time, a problem that may have been exacerbated by the fact that the prisons gang unit hadn’t completed any validation of gang members for more than a year. When gang members are identified, prison officials often move them to different prisons or place them in higher security levels.

One major reason why the justices had trouble quantifying the extent of the problem was that corrections employees didn’t properly document it through the years. One supervisor told Berch and McGregor that 50-70 percent of “unauthorized access” incidents – the official name for incidents in which inmates leave their cells or enter other inmates’ cells without permission – went unreported.

Some correctional officers chose not to report incidents due to a belief that no action would be taken in response, others didn’t want to antagonize inmates, while others simply didn’t have the time, the investigation found. In some cases, correctional officers said their supervisors told them not to report such incidents if the inmates returned to their cells without a fuss.

“The net result of these failures is that obtaining an accurate picture of the extent of inmate activity is not possible based on the reports filed,” the report said.

The report noted that correctional officers do not have access to an electronic reporting system, and must instead make handwritten entries in an official log, and their handwritten reports can’t be transmitted electronically to supervisors.

Ironically, the pinning policy only exacerbated the problem. The pins were meant to be a secondary security mechanism, but correctional officers became over-reliant on them, leading to complacency about checking doors for tampering. Some inmates found ways to remove the pins from their doors. And once they were removed from the chains that held them in place, the pins became weapons for the inmates.

“The decision to use pins did affect the frequency of (unauthorized access) and staff and inmate assaults. The effect, unfortunately, was to increase those incidents,” the report stated.

The report faulted the Department of Corrections for not being forceful enough in its budget requests to the legislature or the Arizona Department of Administration.

“The picture presented until mid-2019 is of a somewhat laissez faire attitude by ADC about requesting/demanding money for locks and security and then, if money is appropriated, actually spending it for that purpose,” the report said.

A legislative panel in June authorized the Department of Corrections to spend nearly $18 million for the first year of a three-year plan to replace locks at the Lewis prison.

The investigation found problems with the department’s management and leadership, up to and including Ryan. After initially saying the director first became aware of the problem with the locks in May 2018, it quickly changed that date to November 2017, when the department made the decision to pin the cell doors.

Despite the fact that “overwhelming evidence” showed that Lewis inmates were able to get out of their cells without authorization for years, Berch and McGregor found that Ryan’s staff misled him into believing the locks were fully functional and that inmates were only escaping their cells because correctional officers weren’t properly checking or securing the doors.

“Regardless how it happened or whose fault it was, we conclude that the Director, for too long, remained surprisingly uninformed about the poor functioning of the locks and scope and seriousness of the danger the inmate UA issue that resulted at Lewis posed to inmates and officers. That is not acceptable,” the report said.

Ryan announced earlier this month that he will step down as Department of Corrections director on Sept. 13. He has held the post since 2009. Ducey said the state is conducting a nationwide search for his replacement.

Berch and McGregor made a number of recommendations to remedy the problems.

The report recommended increasing staff levels, including filling vacant positions. Increasing salaries for correctional officers would help, but other factors such as alleviating safety concerns and problems with leadership would help as well.

“All of the mentioned ‘fixes’ require additional financial resources. So while funding itself was not often mentioned, it is an integral part of fixing locks, increasing staffing, boosting staff pay, providing additional staff training, and procuring, installing, and training on a new electronic communications system,” the report stated.

In a press statement on Thursday, when his office issued the report, Ducey said Berch and McGregor laid out a “detailed and clear assessment” of what went wrong at the Lewis prison.

“Now, with this report complete, we intend to work with members of the Legislature to act on its recommendations. When it comes to public safety, inaction isn’t an option,” Ducey said.