Over the weekend, two mass killings by men in Texas and Ohio have re-ignited discussions on gun violence and gun control across the nation.

In Arizona, Speaker of the House Rusty Bowers, R-Mesa, has said that he is looking forward to discussing possible legislation to address the issue next session.

Bowers also stated that Arizona has been “fortunate” to not have experienced a similar event as to what happened in Dayton and El Paso.

Dennis Welch, the political editor for CBS5 News and 3TV, noted that Arizona was the site of the attempted assassination of then-U.S. Rep. Gabrielle Giffords in 2011. Giffords survived, but six people died and more than a dozen were injured when the gunman opened fire at a constituent event in Tucson.

A short time later, Bowers’ office acknowledged that he failed to remember the 2011 shooting.

In all, seven people were killed and 21 were injured in those incidents.

“Everybody is looking at the same data,” Mark Bryant, Executive Director for Gun Violence Archive, told Arizona Mirror. “What we do is we do not have caveats.”

Everyday, Gun Violence Archive’s team of researchers scour news and crime reports for shootings that fit the definition of a mass shooting, even if they are not what might be considered a mass shooting by the general public.

Some researchers don’t count shootings that are gang related or due to domestic violence, according to Bryant. For example, 12 people were shot in Brooklyn in a shooting which has garnered little to no media attention, likely because it was allegedly gang-related.

According to Mass Shooting Tracker’s data there have been 38 mass shooting incidents in Arizona between 2013 and 2018. In those shootings, 80 people were killed and 99 were injured.

“Speaker Bowers erred in stating that Arizona has never experienced a major mass shooting,” Matt Specht, a spokesman for Bowers, told the Mirror, “but that doesn’t change his message that there is work the Legislature can do to prevent major mass shootings from occurring again.”

The most deadly of the mass shootings that occurred in Arizona this year took place April 11.

Phoenix police had petitioned to remove guns from Austin Smith’s home in 2018 after an incident in which he was armed and yelling that people were trying to kill him, according to a report by the Arizona Republic.

A week after having his guns taken away, they were given back to him, as he had no outstanding warrants and was not deemed a prohibited possessor.

When he arrived, he shot and killed a family friend before shooting and wounding two others. He was later arrested and his bond was set at $2 million.

The mass shootings that have taken place this year in Arizona have been different than those which have caught the attention of lawmakers over the weekend, as none of them were the pre-planned attacks that the FBI are now considering acts of terrorism.

Two of the incidents happened at parties and another that took place near Downtown Phoenix occurred after a verbal altercation, while one in Yuma was due to a person defending themselves from a group of people breaking into their home.

Firearm deaths in Arizona have been slowly on the rise, as well.

From 2014 to 2017, firearm deaths in Arizona saw a 22 percent increase in the number of people killed by firearms, according to the Center for Disease Control.

In 2017, 1,134 people were killed by firearms in Arizona, only about 400 less than the number of people who died of drug overdoses that year. Firearm deaths were the tenth-biggest killer of Arizonans, only three less than liver disease.

For Bryant, mass shootings like the ones in El Paso and Dayton, while tragic, are not what he wishes the media and public would focus on.

Mass shootings make up between three- and five-percent of all shooting deaths, and it’s the killings that involve only fewer than four people that Bryant said need to be addressed more, as they, along with suicides, make up the vast majority of the total deaths.

As for the Arizona legislature, Bryant said that if lawmakers do intend to address the issue, they need to be working with the broadest dataset possible when looking at gun violence.

“Depending on the types of problems, the solutions will vary,” Bryant said. 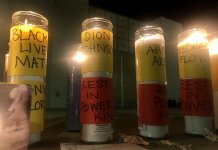 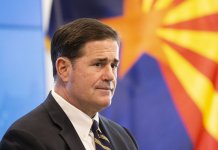