Phoenix-based Swift Air has a fleet of 27 aircraft that can fly customers to locations such as Chicago, Belgrade and even Cuba, but the company also is part of “ICE Air,” a network of operators who help the U.S. government deport immigrants, and flew more than 32,000 immigrants out of a Mesa airport in less than 10 months.

ICE Air is a term coined for a network of airline operators who assist Immigration and Customs Enforcement with deportation flights and detainee transfer flights.

Swift Air is a subcontractor for the agency and has been conducting flights for ICE out of the Phoenix-Mesa Gateway Airport.

From October 2017 to August 2018, ICE Air flew 32,105 people out of the Phoenix-Mesa Gateway Airport, according to data obtained by the University of Washington that the Arizona Mirror analyzed. The airport is one of ICE’s five major hubs, which includes Brownsville, Texas; Miami; San Antonio; and Alexandria, Louisiana.

ICE Air’s operational headquarters are in Mesa, according to an auditor general report.

Of those 32,105 passengers, approximately 48 percent were being deported for non-criminal issues.

Only 150 of the passengers in that time period were juveniles, according to the data.

The vast majority – 90 percent or so – of the people flown out of Phoenix were men.

The Phoenix-Mesa Gateway Airport was also the end point for many flights, with 11,506 people arriving there via ICE Air and having the airport listed as their drop-off point.

ICE Air uses a number of contractors for their flights, but the only operator at Phoenix-Mesa Gateway contracted with ICE is Swift Air, meaning that the 32,105 passengers that departed from Phoenix were almost certainly all flown by the company.

Swift Air was founded in 1997 and has its corporate headquarters in Phoenix. It also has an operational base in Greensboro, North Carolina.

In May 2019, the company became part of the Miami-based iAero Group, which was formed in 2018.

“We think there’s growth potential in the marketplace,” iAero President David Doerr said in an interview with Bloomberg last year about the anticipated acquisition. “There’s a relatively small number of commercial charter businesses out there, and there’s been a bit of consolidation of that area.”

The company also conducts flights for professional sports teams, college athletic programs and touts on its website that it has flown “presidential candidates.”

Flights such as the ones conducted by ICE Air used to be done by the U.S. Marshals’ Service.

The Justice Prisoner and Alien Transportation System, commonly called JPATS or “Con Air”, has been run by the Marshals’ Service since 1995.

At the time, the air fleets of ICE and the Marshals’ were combined to create the program, but private contracts with companies like Swift Air have recently been taking the center stage.

On the Marshals’ website, the agency boasts that it flies around 260,000 passengers a year. Ten months of data obtained by the University of Washington includes approximately 191,649 passengers.

JPATS is the only fully government-operated airline in the nation.

The dataset obtained by the University of Washington on ICE Air flights from October 2010 to December 2018 showed that the majority of the flights were removal flights, where a passenger is flown to other countries.

However, the dataset is not complete.

The researchers found that the dataset only accounted for 44 to 53 percent of all removals reported by ICE, which did not explain the discrepancy.

A 2015 Office of the Inspector General Audit of the ICE Air program also found deficiencies within the reporting and the program itself.

“ICE Air does not capture complete and accurate data essential to support operational decisions,” the report states. “As a result, ICE Air operated charter flights with empty seats and could have realized cost savings of up to $41.1 million upon determining optimum flight capacity.”

On average, the agency pays $8,419 per flight hour for charter flights, regardless of the number of passengers, according to the inspector general report.

Auditors also found the agency flew 930,435 detainees during a three and a half year period.

Additionally, data on the flights had incomplete fields and confusing information.

For example, more than 23,000 detainees were listed as “picked up” or “dropped off” at locations not on the charter flight route. Of those, 54 were listed as removed to Nicaragua on a mission that included stops in Texas, Louisiana and Guatemala. 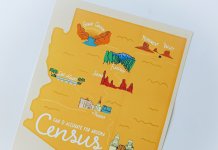 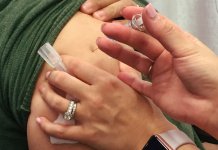