Arizona is home to the country’s founder of modern-day Machiavellian politics, Joe Arpaio.

Arpaio successfully used the public’s fear of immigrants and the media’s thirst for the outrageous to create an image of himself that made him the most well-known—and perhaps most hated—law enforcement officer in the world.

The current resident of the White House is a carbon-copy of Arpaio, using race-based fear and consistent chaos to control the presidency.

Like Arpaio, he preaches the rule of law while flagrantly breaking it. He uses publicity stunts as a means to distract and preaches cost-savings while amassing many millions (and in Trump’s case, trillions) in debt.

Trump sees no downside to these schemes, and has, in fact, doubled down on the rhetoric and strategies that have so inflamed progressives.

My fear is that Democrats believe they’ll win back the presidency by becoming the anti-Trump and focusing on the president’s faults in an effort to highlight their own moral superiority.

If they do this, Trump will win.

It’s tempting to believe there are certain sins Americans will find unforgivable, regardless of party. But I’m not so sure anymore. Political polarization seems to have blurred the lines of morality.

Multiple and credible accusations of rape aren’t a disqualifier for public office. Nor is conspiring with a foreign enemy nor joking about the deaths of journalists nor caging children nor lying so often and so repeatedly that fact checkers needed to create a new rating system to categorize the falsehoods.

This shouldn’t happen. This isn’t okay. But it is the reality we live in, and if Democrats want to win next year, they need to accept the fact that a large portion of the electorate just doesn’t care about any of the above.

As agonizing as it to realize that so many of our fellow Americans find Trump’s behavior acceptable, or at least tolerable, it’s also important to know that this isn’t new. And these tactics can be overcome.

The best example is, of course, the Arpaio vs. Penzone race in 2016.

When Paul Penzone first ran for office in 2012, many politicos (myself included) believed voters were simply uninformed. If they knew how many victims were left behind because of Arpaio’s focus on his political enemies, Penzone would surely win. If they only knew how much money Arpaio was costing taxpayers, they’d vote against him.

But voters didn’t need an education on Arpaio. They knew about the string of successful lawsuits against his jails and the hundreds of sex crimes he failed to investigate.

I could write an entire column on why I believe those things did not and still do not matter to the people who voted for Arpaio, but that’s not the point here. The point is that there was something that made many of Arpaio’s previous voters reconsider.

That “something” wasn’t a new scandal or a retelling of old ones but rather a new narrative, one that was centered around Paul Penzone.

In 2016, Penzone tried a new approach. Instead of trading daily barbs with the aging sheriff, he ignored him. He also ignored the Democratic base, not because he was afraid of being too progressive but rather because he knew that segment was already in the bag. Democrats were so enraged by Arpaio, they would have voted for almost anyone else.

Penzone was the underdog on many fronts. He had less money and far less name recognition or earned media opportunities. He used his limited time and campaign funds to go after voters previously deemed unwinnable for Democrats. It was those suburban moderates—and even some conservatives—that were convinced that Penzone’s vision for the sheriff’s department would provide better outcomes for Maricopa County residents.

Krysten Sinema did something similar. She ignored the president and his scandals, and barely, if ever, mentioned his name. She tapped into the angst around political polarization by focusing on how she would work with her opponents instead of against them.

She remained almost singularly focused on healthcare, an issue critical to the voters she was trying to win over and one that provided the biggest contrast between herself and Martha McSally.

If a Democrat wants to win the White House in 2020, then take a page from this playbook and focus forward, not backwards. After all, what better way to goat an egomaniac than to ignore him?

Elizabeth Warren seems to be learning this lesson, albeit the hard way.

When Trump challenged Warren on her Native American heritage, Warren took the bait and submitted to a DNA test. But instead of proving Trump wrong, she played into his hand, breathing new life into a schoolyard taunt.

In last Wednesday’s debate, Warren was one of the few candidates (perhaps the only one) who never mentioned Trump’s name. Instead, she showed America that “she has a plan” for every crisis we face, and it was her genuine optimism and smarts that won the night.

On Thursday night, Kamala Harris demonstrated her skills as a prosecutor and her command of the stage. She won’t be bullied by anyone, and her “3AM agenda” provides a vision most women and working adults can rally around.

Democrats need more of this. More talk about what they’ll do and less focus on the Twitter tantrums of a narcissist.

Stop relitigating the scandals and skip the outrage. It won’t change the hearts or minds of voters who chose Obama in 2012 and Trump in 2016.

Instead, show voters a different path, one free from division and chaos and filled with the promise of a more equitable, prosperous and united America. 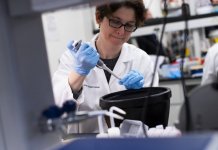 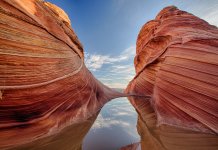