This story deals with sexual abuse and assault of minors. If you or someone you know has been a victim of this crime call 800-656-HOPE for 24/7 help and support.

The top Republican in the Arizona House of Representatives appears to be attempting to break a legislative logjam by introducing a measure to increase the statute of limitations for victims of childhood sexual crimes that several GOP senators have said is key if leaders want them to vote on the budget.

Whether it will work remains to be seen.

The House Rules Committee on Thursday allowed for late introduction of the legislation. The measure is aimed at mollifying Republican senators who are pushing for a similar change and have been threatening to stall budget talks.

House Speaker Rusty Bowers, R-Mesa, said the legislation was not connected to the budget, though he also said that action on the budget could happen as soon as Monday.

Sen. Paul Boyer, R-Glendale, has been crusading for a bill to increase the statute of limitations in civil court and add a civil window in which to allow lawsuits, a provision that ended up being a major point of contention between Boyer and other Republicans.

The civil window sought to allow a one-time period of one year for civil lawsuits to be filed, regardless of when the sexual crime happened.

House Bill 2746, sponsored by Rep. TJ Shope, R-Coolidge, was introduced late Thursday afternoon, and would extend the amount of time a person can file a civil lawsuit for up to 12 years after the alleged victim reaches 18 years of age.

“We are trying to address the challenge of the statute of limitations in a way that all the parties have agreed previously to do,” Bowers said after the meeting.

He was alluding to a contentious meeting that took place last month in which Boyer’s bill was killed in committee. Boyer and Sen. Eddie Farnsworth, R-Gilbert, debated the bill in the House Appropriations Committee, and each said the other had agreed to certain stipulations. During the debate in April, Bowers stood near the back of the room as the debate unfolded.

HB2746 does not include the civil window that Boyer had been seeking.

Bowers conceded that he did not consult with Boyer on the bill.

“I didn’t ask for his permission, but I’d love to have his help,” Bowers said when asked if he had spoken to Boyer about his new measure.

Prior to seeing the bill, Boyer told the Mirror that what Bowers had described was inadequate, and said the civil window is a “sticking point” for his support. Additionally, Boyer said he doesn’t believe that Bowers’ bill would allow for victims to file suits against institutions that enabled sexual abuse, something that Boyer said is instrumental in outing serial sexual predators.

“The Boy Scouts and the Catholic church didn’t change their policies until it hit them in their pocket books,” Boyer said, referring to a pair of organizations that for decades swept sexual abuse allegations under the rug. “It’s sad that it took that, but that’s what it took.”

After seeing the wording of the bill, Boyer sent out a fiery statement calling Shope’s legislation “cynical” and “not worthy of this legislative body.”

“HB2746 yet again leaves the vast majority of survivors behind and protects the predators and the institutions that harbor them,” Boyer said. “Accusing survivors of solely seeking compensation is an attempt to re-offend a group of individuals who have already been deeply harmed.”

Boyer said he’d like to meet with Bowers to discuss the bill, adding that he plans to reach out to him. 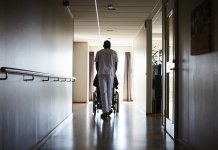