WASHINGTON — U.S. Rep. Ruben Gallego on Thursday said Arizona’s forest management plan could serve as a model that could help other states and the federal government combat wildfires.

The Arizona Democrat spoke Thursday at a U.S. House Subcommittee on National Parks, Forests and Public Lands hearing, where experts presented lawmakers with methods that could help prevent devastating wildfire outbreaks in the West.

Gallego told the subcommittee that Arizona’s state forest management plan could offer lessons for others.

Arizona residents “know better than most” how climate change, drought conditions and forest mismanagement increase risk of catastrophic wildfires, he added. A 179-acre fire burned north of Phoenix this week.

Arizona is among the four states most threatened by wildfires, according to a 2015 national extreme weather risk report by Climate Central and ICF International. The report characterized Arizona’s wildfire potential as “far above average” and second only to California.

Last year, wildfires consumed more than 8.7 million acres, according to the National Interagency Fire Center. But more than 80 million acres are at risk for “uncharacteristically severe” burning, said Patti Hirami, acting deputy chief of state and private forestry for the U.S. Forest Service.

Federal firefighting costs totaled more than $3 billion last year, according to the National Interagency Fire Center — an increase of more than 80 percent from five years earlier.

One reason for the rising costs is an increasing number of homes to defend, he said.

But several lawmakers and witnesses also noted that the decline in timber harvesting may be a contributing factor. Harvesting, a practice condemned by some environmental groups such as Greenpeace, is listed by forestry management organizations as crucial for fire prevention.

“Excess timber will come out of the forest one way or another,” said U.S. Rep. Tom McClintock (R-Calif.). “Nature’s way of managing untended forests is pretty rude.”

Marko Bey, who directs a nonprofit forest and watershed restoration project in Oregon and California, advocated a “middle way” approach to wildfire prevention. He recommended commercial tree thinning and use of controlled fire to avoid the homogenous landscapes he said are most conducive to wildfires.

“This may be the most salient thing I’ve ever heard a witness say,” U.S. Rep. Bruce Westerman (R-Ark.) said of Bey’s remarks, adding that he agreed with “95 percent or more” of the witnesses, all but one of whom were selected by Democrats.

“The forest doesn’t care about what policy we make,” he said. “They continue to grow.” 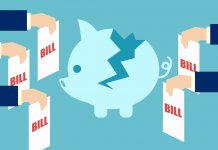 Arizona public health officials are preparing for the flu in a...