In the wake of shocking revelations that some cell door locks at Arizona’s Lewis prison don’t work, Gov. Doug Ducey has named two retired Arizona Supreme Court chief justices to head up an investigation into the Arizona Department of Corrections.

Former chief justices Rebecca Berch, a Republican who retired in 2015, and Ruth McGregor, a Democrat who retired in 2009, will conduct an independent investigation into the problems with the locks at the Arizona State Prison Complex-Lewis and the Department of Corrections’ response to the problem. The former justices will also make recommendations on any remedies they deem necessary.

“There’s no excuse for any situation that compromises public safety at our prisons,” Ducey said in a press statement. “We need the facts and we need to make sure a situation like this never happens again. Justices Berch and McGregor are both well-respected for their legal expertise and prolific records of public service. They bring decades of experience with our justice system and can provide an independent, non-partisan investigation.”

Ducey announced the investigation following a report by ABC15 that cell doors in several units at the Lewis prison don’t lock, resulting in assaults against guards and inmates, including one inmate death. Prison surveillance footage obtained by the news station showed that some locks had been broken for years.

DOC uses eight-inch steel pins and padlocks to keep some of the faulty doors locked. ABC15 reported that some of the pins have since gone missing.

Charles Ryan, the agency’s director, said repairing the locks would take money and time. He told ABC15 that DOC receives about $5 million in maintenance funds each year, but that the money had gone toward other projects. DOC refused to tell ABC15 what other projects had been prioritized.

Ryan also told ABC15 that the problem wasn’t that door locks were broken, but that inmates had tampered with the doors.

At a press conference at the Capitol on Tuesday, members of the Arizona Correctional Peace Officers Association railed against what they said were long-running problems at Arizona prisons that jeopardize the safety of both guards and inmates, and called on DOC to take action.

Martin Bihn, an attorney for AZCPOA, said the investigation that Ducey announced is a good first step.

“We’re really pleased with it,” Bihn said. “It’s a start and it’s great. It’s exactly what needs to happen.” 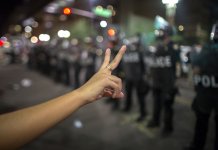 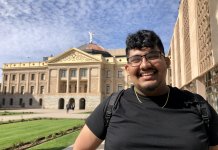 SB1070 drove his family away. Now he’s fighting for other families. 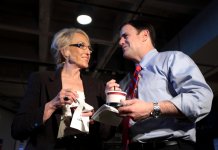