The weekly pay of teachers in Arizona is barely two-thirds what other college-educated workers in the Grand Canyon State are paid, the worst rate in the United States.

The analysis from the Economic Policy Institute, a liberal think tank based in Washington, D.C., found that public school teachers in every state are paid less than their similarly educated peers. Arizona teachers faced the worst salary penalty: 32.6 percent. 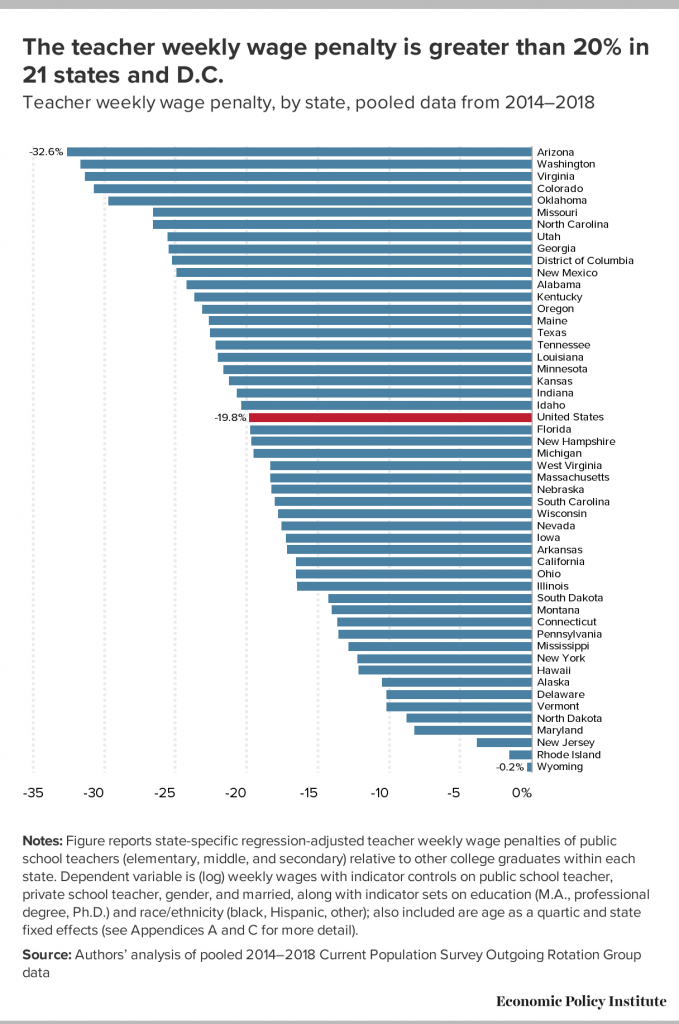 “Providing teachers with a decent middle-class living commensurate with other professionals with similar education is not simply a matter of fairness,” the EPI report states. “Effective teachers are the most important school-based determinant of student educational performance. To promote children’s success in school, schools must retain credentialed teachers and ensure that teaching remains an attractive career option for college-bound students. Pay is an important component of retention and recruitment.” 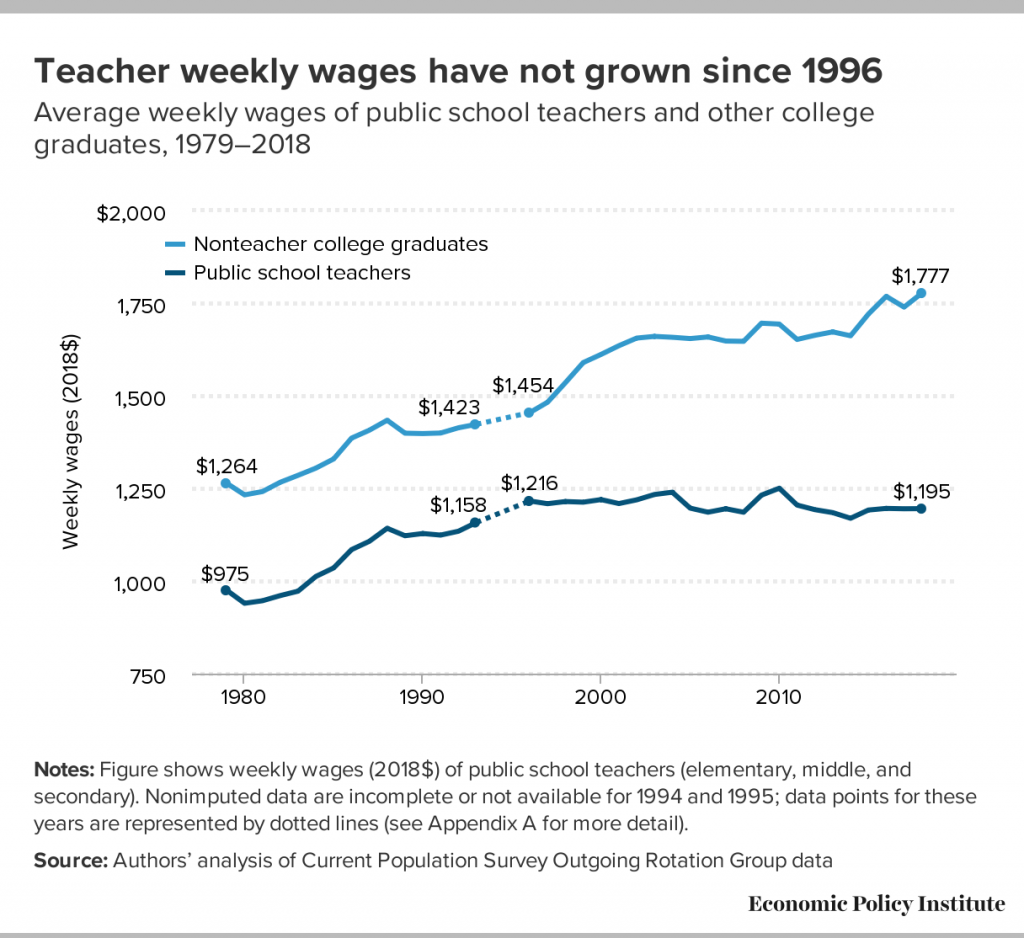 While many states were forced to cut education funding in the wake of the Great Recession, the report’s authors note that the recession “can’t be blamed for the erosion in teacher pay.” The teacher pay penalty began accelerating in the mid-1990s, and post-Great Recession, states that have cut taxes have markedly worse relative pay for teachers.

Gov. Doug Ducey pledged as a candidate in 2014 that he would cut taxes every year he was in office. His predecessor, Jan Brewer, enacted the largest tax cuts in state history in 2011, cutting corporate taxes by roughly 30 percent.

“Reduced spending for K–12 schools and the corresponding cutbacks in teacher salaries were conscious policy choices and were frequently done to accommodate tax cuts for corporations and the rich as well as an ideological commitment to smaller government,” the report states.

The report also notes that four of the seven states with the largest wage penalties for teachers – Arizona, Colorado, North Carolina and Oklahoma – were the site of large-scale teacher protests in 2018.

Jim Small is a native Arizonan and has covered state government, policy and politics since 2004, with a focus on investigative and in-depth policy reporting, first as a reporter for the Arizona Capitol Times, then as editor of the paper and its prestigious sister publications, the Yellow Sheet Report and Arizona Legislative Report. He has also served as the editor and executive director of the Arizona Center for Investigative Reporting. News organizations and journalists under his leadership have won numerous state, regional and national awards for accountability journalism and probing investigations into state government operations.

Arizona teachers face a 32% pay penalty, among the worst in… by Caitlin Sievers August 29, 2022
Havasupai tribe: Pinion Plain uranium mine threatens our… by Shondiin Silversmith June 28, 2022
New poll is a roadmap to Republican grievance in 2022 by John L. Micek/Pennsylvania Capital-Star November 7, 2022