WASHINGTON – Phoenix and Tucson were two of the fastest-warming cities in the nation over the last five decades, according to a Climate Central report based on government data.

The report looked at climate change for cities and states since the first Earth Day in 1970 and found increases in 98% of cities across the country, with four of the top five cities in the Southwest.

Tucson and Phoenix were among 10 cities that saw average annual temperatures rise more than 4 degrees over that time period, with Tucson’s increase of 4.48 degrees the third-biggest and Phoenix’s 4.35-degree rise good for fourth place.

Arizona State Climatologist Nancy Selover said the increase is even more striking at night, when she said temperatures have risen an average of 8 degrees. She and other experts attribute that in part to the fact that rapid urbanization of the desert cities has created “urban heat islands” that hold heat longer than they used to.

“If you go out at 11 o’clock at night in the late spring or into the summer for sure, you’ll walk past a block wall and you will feel that heat radiating off that block wall,” Selover said. “It’ll be 2 o’clock in the morning and you’ll still be looking at temperatures in the upper 90s or the low 100s because it takes so long for that (surface) to cool.”

The Climate Central report drew on data from the National Centers for Environmental Information to determine average temperature changes in 242 cities and every state but Hawaii. In addition to the 10 cities that saw a rise of 4 degrees or more, 59 cities rose an average of more than 3 degrees. Only six cities saw their average temperature decline, it said.

Las Vegas was first on the list, with an increase of 5.76 degrees, followed by El Paso, Texas, which had a 4.74-degree rise, then Tucson and Phoenix. Rounding out the top five was Burlington, Vermont, where temperatures rose 4.13 degrees.

John Fleming, a staff scientist at the Center for Biological Diversity, said the Southwest’s dry climate as a whole is a contributing factor to its increase in temperature.

“The Southwest is warming faster than other regions in the U.S. because it’s already a dry region that’s becoming even drier in response to climate change,” Fleming said. “Since moisture … can store and redistribute a lot of heat, without that, due to drought or a lack of rain, additional heat goes to heating the air and ground.”

That was echoed by Selover.

“The increase in the cities is more because of how we’re changing the surfaces of the cities from natural desert or from irrigated agriculture into pavements and buildings and sidewalks,” she said. “When the sun hits those surfaces, they are heavy thermal-mass materials and they absorb that heat, and it’s conducted down into the material.”

Fleming said the report is important because it takes a conversation that often revolves around national or global temperature change and brings it down to changes at the local level.

“Often these numbers are talked about in terms of nationwide or global,” he said. “Within that average is built in that, in some places, things are going to be even worse for people than in other places.”

Selover said Arizona is doing a number of things to combat the change in temperature. Those include creating more shade to keep heat-susceptible surfaces from getting so hot and using new building materials that do not retain the heat as well.

“Whether that’s planting native vegetation and trees that will shade the ground from being able to receive that sunlight and heat up all day long, or whether it’s mechanical or artificial shade structures, they are working to shade more of the pavements,” she said.

Despite the climate challenges Phoenix and Tucson face, Selover said she believes Arizona residents will rise to the challenge.

“People have said, ‘You know, in so many years we will be uninhabitable.’ I don’t tend to buy into that argument,” she said.

“Because that would assume we are not doing anything to try and mitigate the heat,” Selover said. “We are using this opportunity to try and learn some lessons and try some things to find some strategies that will work and help us out.” 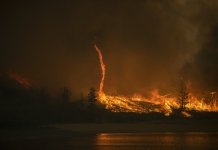 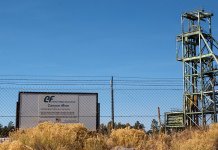 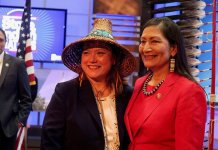 Report: Phoenix, Tucson among fastest-warming cities in nation since 1970