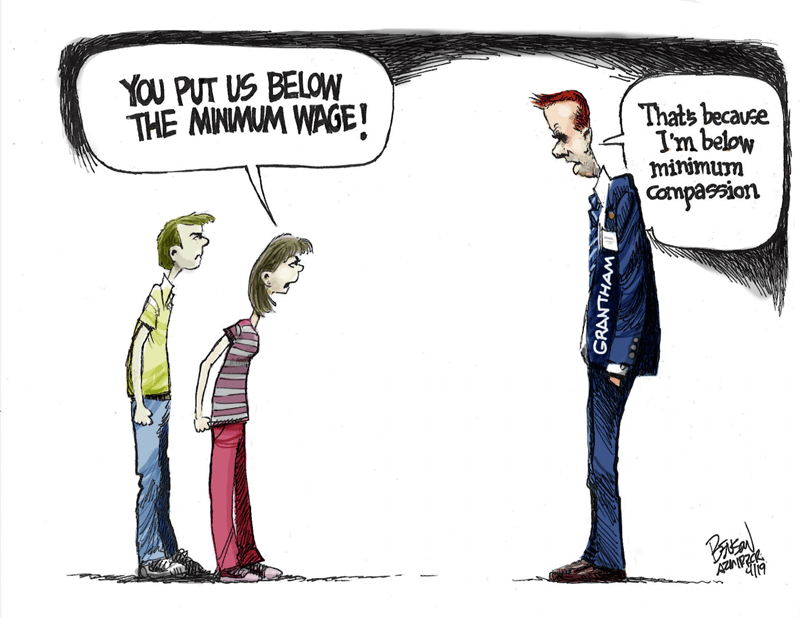 A legislative proposal backed by big-business advocates to cut the wages of working students is effectively dead in the Senate.

The Senate Rules Committee on Monday passed House Bill 2523 with an amendment to require it win the support of three-fourths of the legislature (meaning 23 votes in the Senate and 45 votes in the House of Representatives) for passage.

HB2523, sponsored by Rep. Travis Grantham, R-Gilbert, would allow Arizona employers to pay full-time students the federal minimum wage, $7.25 an hour, if they work part-time or for intermittent periods. Arizona’s hourly minimum wage, which was raised in 2016 by voters, is $11 now and will be $12 in January.

Rules Committee Chair Sen. Karen Fann, who is also Senate President, told reporters after the hearing the proposal won’t go on the floor for a roll-call vote unless the 23 votes are there. But she stopped short of saying Grantham’s bill is dead.

“Personally, I think the bill stinks,” Fann said, chuckling. “If they can’t get three-fourths of the vote, then yeah, it’s dead then.”

“I feel really good that House Bill 2523 was pretty much taken to its deathbed by the Senate Rules Committee,” he said outside the Senate building.

During the hearing, Chris Klinimich, an attorney for the Senate Rules Committee, said HB2523 “implicitly” changed two voter-approved laws and needed a super-majority vote amendment, a view held by several legal experts, among them a House Rules Committee lawyer, the top nonpartisan legislative lawyer and the Arizona Attorney General’s Office.

“I view it essentially as a carve-out from the existing class of employees that was established by the voters,” Klinimich said. “Some individuals who are defined as employees today would be defined as youth employees if this bill were to become law… The measure cannot be harmonized with the Voter Protection Act.”

Voter-approved laws are protected from legislative changes, which can only happen if lawmakers have a proposal that both furthers the initiative’s intent and wins a three-fourths majority in each chamber. This is known as a Proposition 105 requirement.

Klinimich posed the same legal points another legislative attorney presented to lawmakers in a memo last month. Klinimich said HB2523 “implicitly” amends two voter-approved laws from 2006, which defines employees in statute, and another from 2016, which set the current minimum wage rate.

“We know that voters overwhelmingly approved this, it was more popular than some of these legislators in their own districts,” Zamudio said. Prop. 206 was approved by more than 1.4 million votes (or 58 percent). “It is with a lot of heaviness to know there’s these attacks on people’s voices and democracy.”