It has ambitious goals, like achieving net-zero greenhouse gas emissions, ensuring “prosperity and economic security for all people of the United States” and meeting the U.S. power demand entirely with “clean, renewable, and zero-emission” sources. Supporters say it’s important to think big when tackling a problem like climate change; critics including President Trump have panned the plan as a nonstarter.

Gosar said Tuesday that Democrats pushing for the sweeping deal are trying “to bolster the case for why and how we can replace six-figure energy jobs with bio-energetic hemp farms and wind-powered coffee shops through a federal takeover of the country.”

“They want to take away your car, reduce the value of your home and put millions of Americans out of work,” Trump said. He also suggested the deal would mean “you’re not allowed to own cows anymore.”

Ocasio-Cortez fired back at the president on Twitter. “Ah yes, a man who can’t even read briefings written in full sentences is providing literary criticism of a House Resolution,” she wrote.

Ah yes, a man who can’t even read briefings written in full sentences is providing literary criticism of a House Resolution.

(“Reading the intelligence book is not Trump’s preferred ‘style of learning,’ according to a person with knowledge of the situation.”
– @washingtonpost) https://t.co/O7daeYlXZO

Gosar on Tuesday warned that Ocasio-Cortez’s plan would “topple America’s dominance in the energy economy, creating unemployment, high energy costs and weakening our position globally. it would be a mass tax and a mass displacement of the poorest among us.”

Rep. Alan Lowenthal (D-Calif.) joked at the hearing that Gosar wasn’t likely to sign on to the resolution.

“You can probably take that to the bank,” Gosar said. 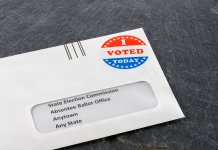 Trump threatens Mich. over same policy Arizona will use on early ballots 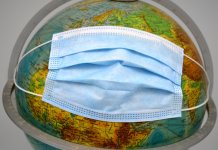 Fauci warns of ‘suffering & death,’ worse economy if US re-opens too soon